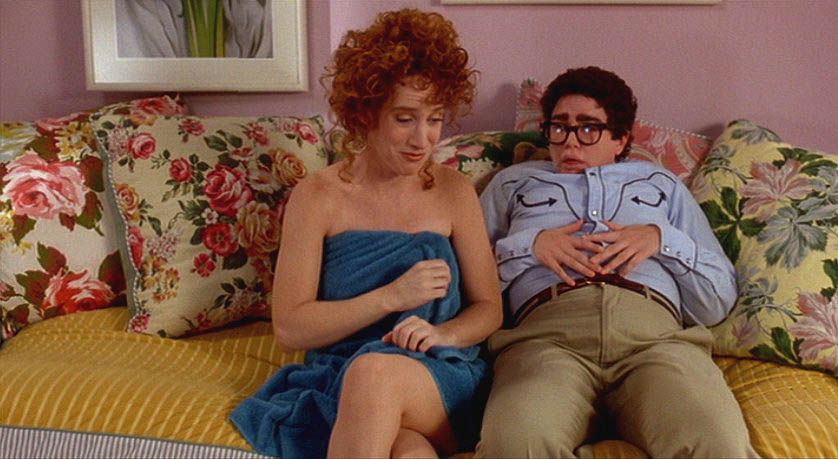 The lovely Mses Griffin and Sweeney in "It's Pat: The Movie" (which has a helluva opening shot!)

OK, I don't usually get into the tabloid "news" (that much) -- this is, after all, a site devoted to the in-depth appreciation of cinema in all its manifestations (while understanding the realities of the entertainment business) -- but this is just too much: Three irresistible trash stories all hitting the wires in one day! Where is Kathy Griffin when I need her?

BBC: In fact, Kidman didn't need an annulment for one simple reason: in the eyes of the Catholic Church her 10-year union with Tom Cruise, a renowned Scientologist, never happened.

AP: Rush Limbaugh could see a deal with prosecutors in a long-running prescription fraud case collapse after authorities found a bottle of Viagra in his bag at Palm Beach International Airport. The prescription was not in his name. [Dare we ask whose it was? We always knew not enough blood was getting to his head.]

AP: "I love Star and I was trying to do everything I possibly could — up until this morning when I was betrayed — to protect her," Walters told The Associated Press.