The Miracle of Trudy Kockenlocker 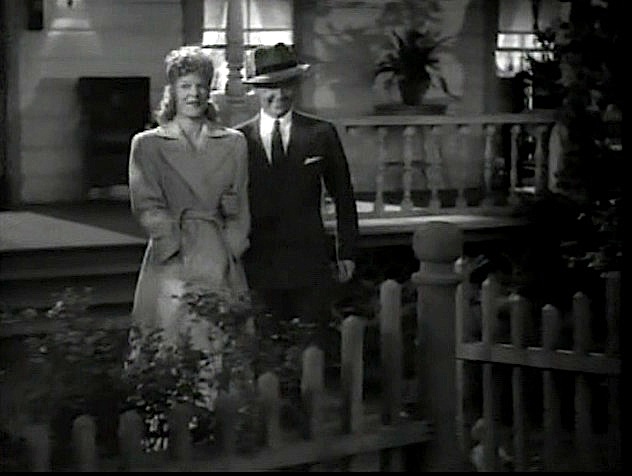 Trudy: "You certainly helped me out by taking me out tonight!"

Betty Hutton died earlier this week. She was 86. Her most popular movies were probably "Annie Get Your Gun," the 1950 Irving Berlin musical (directed by George Sidney) in which she played the title role of Annie Oakley; and the lumbering Cecil B. DeMille circus spectacle, "The Greatest Show on Earth" (Best Picture Oscar winner for 1952), in which she played a sexy trapeze artist. 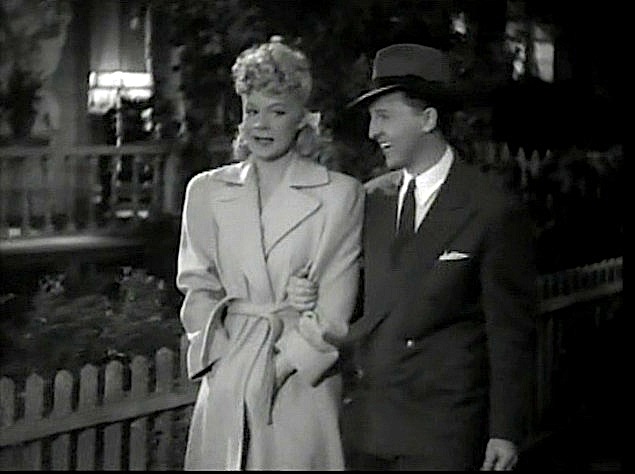 Norval: "Except for getting into the Army I can't think of anything that makes me more happy than helping you out." 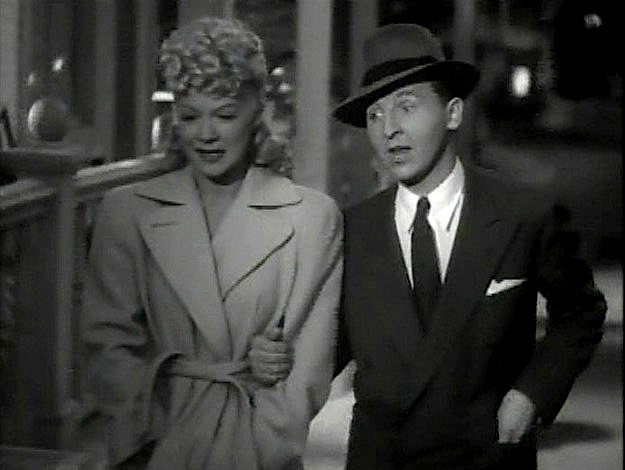 Noval: "I almost wish you could be in a lotta trouble sometime so I could prove it to ya."

But Hutton achieved immortality in 1944, as Trudy Kockenlocker (aka Mrs. Ignatz Ratzkywatzky) in Preston Sturges' "The Miracle of Morgan's Creek." The shot sampled at right is, in my opinion, one of the greatest in movie history. Not because it's a long dolly shot (in 1944!) that takes us all the way from the Kockenlocker's front door to the town movie theater (although, yes, that's part of it), but because it allows two splendid comic actors, Hutton as Trudy and Eddie Bracken as Norval Jones, to preserve the comic integrity of their repartee, without any cuts to destroy the rhythms of their performances. 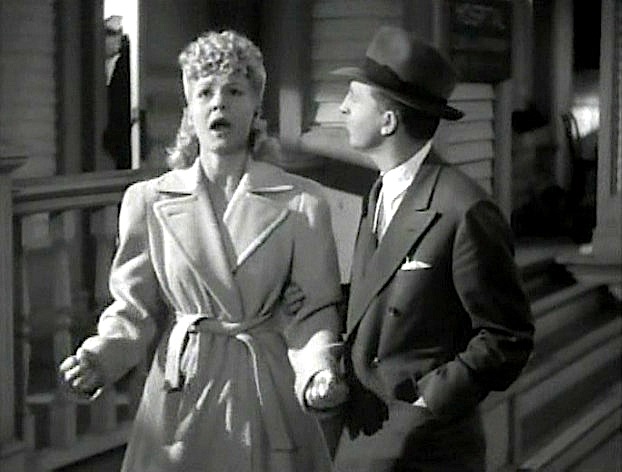 Trudy: "We can't send them off maybe to get killed and -- rockets' red glare, bombs bursting in air -- without anyone to say goodbye to them, can we?" 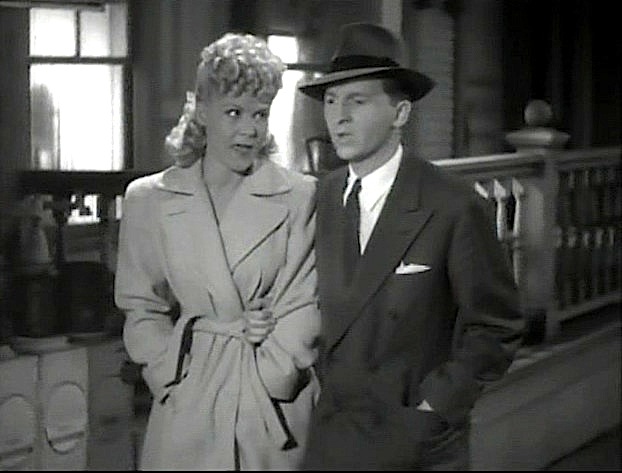 Trudy: "How about the orphans? Who says goodbye to them?"

When they leave the house, Norval thinks he's taking Trudy to a triple-feature at the movies, because her father (William Demerest) has forbidden her to go to a dance for departing soldiers. Between the front porch and the ticket booth, Trudy makes a personal appeal to the smitten, 4-F Norval, combined with a call to his patriotic duty and pity for orphan soldiers who haven't got any family to say goodbye to them, to talk Norval out of the date, and his car keys. He goes to the pictures, she goes to the dance, and... nothing is ever the same after that. 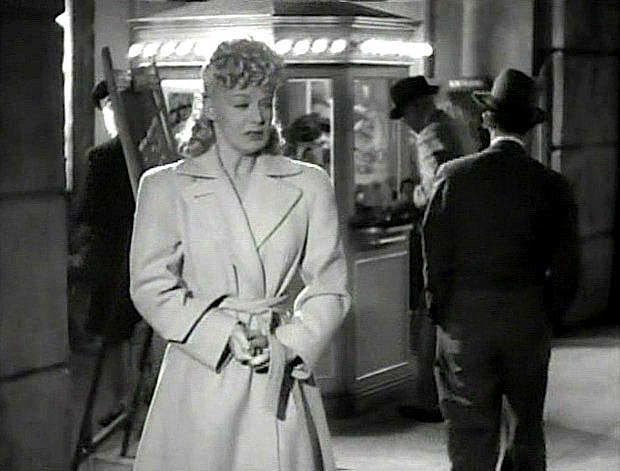 Later, when Trudy breaks the news to him that she is indeed in terrible trouble and needs his help again (after all, he did say he almost wished she'd get into awful trouble sometime so he could help her out of it -- and now he's certainly got his wish), their walk takes a different route. They don't turn at the corner to go past the garage to the theater, but continue walking down the same street, and this time the shot is broken up into several components (including two optical "close ups" that appear to be inserted in order to combine two different takes). But it still feels like one fluid take because it's three long shots joined with the two close-up inserts and one brief tracking shot where they change direction and start walking toward the camera. 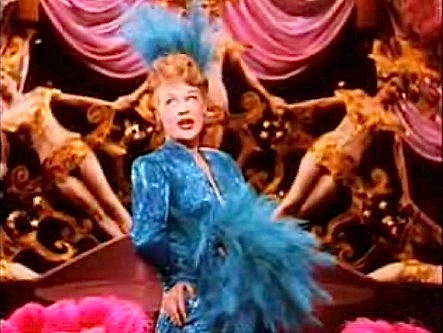 Three years later, in the Technicolor Musical "The Perils of Pauline," directed by George Marshall ("You Can't Cheat an Honest Man," "Destry Rides Again," "My Friend Irma"), Hutton sang this song, "Papa Don't Preach to Me," which could have been sung by Trudy Kockenlocker herself.... Or maybe that was the Madonna version. Anyway, watch the YouTube clip.

... I strolled through Paris Today with Maurice. The Rue De La Paix Means "The Street of the Peace"!