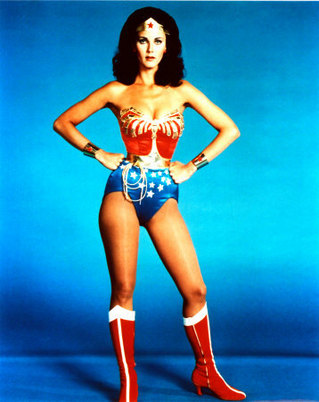 When the editors of Publishers Weekly came out with their lists of the best books of 2009, they divided them into several categories: Fiction, Nonfiction, Poetry, Mystery, Lifestyle (?), Comics, Science Fiction/Fantasy/Horror, and so on. Out of 50,000 eligible titles, they chose 100 best and topped it off with a "Top 10." The problem: Although women writers were represented in the other lists, none were among the authors of the Top 10.

"We wanted the list to reflect what we thought were the top 10 books of the year with no other consideration...." explained PW's Louisa Ermelino. "We ignored gender and genre and who had the buzz."

Headline in the UK Guardian: "Fury after women writers excluded from 'books of the year'."

From a "Sexism Watch" item on the blog "Women and Hollywood":

I personally believe that it is bullshit that the top 10 books of the year are all by men (and by the way 9 out of the 10 are by white men.) People who make these lists need to look at their own inherent and internalized biases. Wonder how those women who didn't give a crap about political correctness yesterday are feeling this morning.

Something similar happened at Salon when it came to the fiction of 2007. In the end, unable to find books by women that we liked better than those five novels, we opted for honesty, which we consider the critic's first responsibility. [...]

... Is it the right thing to gerrymander your list in order to counteract real, long-standing cultural biases, even if that means lying to your readers? What is a 10-best list, after all, if not a record of the books we enjoyed most over the past 12 months? If you insist on a list that's ideally representative of gender, race, class, nationality (i.e., including at least one translation), publisher size (small as well as large), fame, length (short story collections as well as novels), region, genre and so on, you can easily wind up with, say, a list of nine books you kinda like and maybe one you truly love. That's a tepid dish to serve up to readers, and not likely to inspire much enthusiasm, either.

Tokenism, of course, can be just as morally offensive as sexism or racism or any other -ism. Doling out false praise to a work or an artist because it "represents" a certain demographic (whether sexual, racial, ethnic, etc.) is a way of patronizing or infantilizing the subject -- as if you were saying: "Well, that's very good -- for a woman -- so we'll save it a little spot on the list." You've seen those token lists, where it's obvious something or someone of lesser achievement has been included simply to make the listmaker(s) look, you know, broad-minded. "Some of their best friends..." and all that.

On the other hand, few things are more subjective than judgments about how "great" any given book [or movie] is. Those real, long-standing cultural biases... live in the heart of every critic to one degree or another, and we'd be shirking our duty if we didn't try to account for them. Writing off such qualms as mere "political correctness" is, in its own way, just as dishonest as exaggerating your admiration for a book simply because its author is female, or dark-skinned, or from a far-off nation.

My problem with many critics of the PW list is that they responded with generalities instead of specifics. At most, they noted that 2009 was "a year in which new books appeared by writers such as Lorrie Moore, Margaret Atwood, Alice Munro, Mavis Gallant, Rita Dove, Heather McHugh and Alicia Ostriker." (WILLA)

But I wish somebody had simply made an argument on behalf of one book that wasn't on the list, arguing why it was worthier than some other book that was on the list. Otherwise you're just saying that one or more books should have been included for no other reason than that they were written by women. And that's a sexist thing to say.