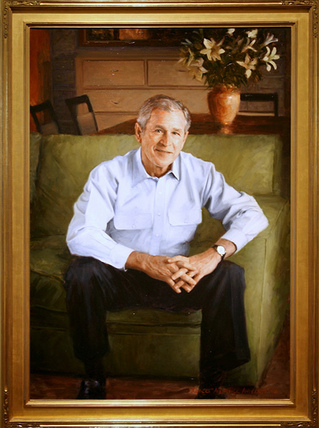 A scholarly study finds it was the 43rd president's personality, not brain capacity, that limited his functional abilities. This is an important distinction. It is not that the former chief executive was incapable of learning (the "Bush is dumb" meme), but that he did not want to learn, and did not believe it was something he needed to do. From the research paper, "Bush's Brain (No, Not Karl Rove):‎ How Bush's Psyche Shaped His Decision-Making," included in the Stanford University Press anthology, "Judging Bush (Studies in the Modern Presidency)," authors Robert Maranto and Richard E. Redding find:

... [The] best studies, in which raters evaluate statements without being aware of their source, suggest that Bush lacks integrative complexity and thus views issues without nuance. The leading personality theory (the "5-Factor Model"), as measured by the NEO Personality Inventory, suggests that Bush is highly extroverted but not very agreeable or conscientious. He also rates low on "Openness to Experience." Similarly Immelman (2002) had expert raters judge Bush's personality using the Millon Inventory of Diagnostic Criteria. Raters identified Bush as fitting the "Outgoing," "Dominant (Controlling)," and "Dauntless" personality patterns, which together constitute a style given to lack of reflection, superficiality, and impulsivity.

So, in essence, what did he lack? Critical thinking skills.

Critics charge that President Bush does not seek out information or opposing viewpoints; disdains complexity, nuances, and expert opinion; views policy issues in black-and-white terms based on his own preconceptions; and, refuses to rethink problems or change his views. The research largely bears out these popular perceptions.