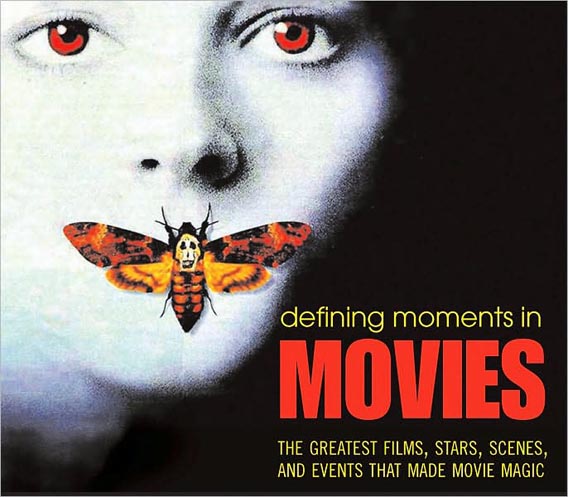 Defining moments -- in movies, and in a movie-lover's life.

A comment by Anonymous at Girish's on the stages in the life of a cinephile contains more truth than I'd like to admit:

BTW, the book "Defining Moments in Movies," edited by Chris Fujiwara, that inspired this comment is delicious and nutritious cinemaniacal brain candy. Once you start tasting, you'll just want more and more. As Fujiwara explains in his introduction, the 800-page, still-studded nibble-book (organized by decade, 1890 - 2000+) "is designed to highlight film scenes, or events in the history of cinema, that the [62] contributors (who include film critics, film historians, writers in other fields, and academics) regard as profound, essential, illuminating, or significant..." -- "a network of visions and preoccupations, an anthology of cinephilic passions, a casual encyclopedia of cinematic events." In fact, Fujiwara's intro is a worthy "moment" itself.