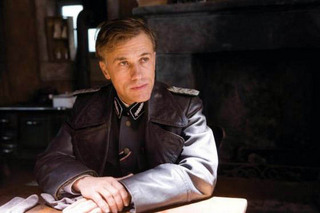 Michael Chabon, probably best-known as the author of the novels "The Amazing Adventures of Kavalier and Clay" and "Wonder Boys," has an Op-Ed piece in the New York Times called "Chosen, but Not Special" -- about the myths of Jewish exceptionalism that Semites, anti-Semites and Judeophiles all share: the fanciful notion that Jews possess "an inborn, half-legendary agility of intellect, amounting almost to a magical power." Chabon argues we should acknowledge the dangers of this dumb stereotype right now.

The "widespread shock at Israel's blockheadedness in the aftermath of the raid" on the Mavi Marmara should, perhaps, not have been so shocking, Chabon writes:

An honest assessment of Jewish history must conclude that even the collective act that might seem most tellingly to argue in favor of Jewish intelligence -- our survival across millenniums in spite of constant hatred, war, persecution, intolerance and genocide -- is ultimately just the same trick performed by our species as a whole (at least so far).

The presence of Jews among the not-yet-extinct peoples of the world can no more be credited to any kind of special trait or behavior than the Tasmanians or the Taino ought to be blamed for their own eradication.

Consider Nazi Colonel Hans Landa's characterization of Jews possessing "an instinct for survival and preservation second to none" in "Inglourious Basterds." Chabon writes similarly of modern psychologists and political scientists who extoll the myth of "Jewish Genius":

Such claims, in mouths of gentiles, are a disturbing echo of the charges of the pogrom-stokers, the genocidalists, the Father Coughlins, who come to sharpen their knives against the same grindstone of generalization on which we Jews have long polished the magnifying lenses of our self-regard. The man who praises you for your history of accomplishment may someday seek therein the grounds for your destruction.

This is, of course, the foundational ambiguity of Judaism and Jewish identity: the idea of chosenness, of exceptionalism, of the treasure that is a curse, the blessing that is a burden, of the setting apart that may presage redemption or extermination. To be chosen has been, all too often in our history, to be culled.

This is the ambiguity that cites the dispensation of God and history, of covenant and Holocaust, to lay claim to a special relationship between Jews and the Land of Israel, then protests when the world -- cynically or sincerely -- holds Israel to a different, higher standard as beneficiaries of that dispensation.

This is the ambiguity that proudly asserts the will and the obligation of Israel to be a light unto the nations, then points to the utterly evil, utterly bankrupt, utterly degraded, utterly stupid misdeeds of ship-sinking, sailor-massacring North Korea -- North Korea! -- in an attempt to give context to its own relatively less-evil, bankrupt, degraded and stupid behavior.

Now, with the memory of the Mavi Marmara fresh in our minds, is the time for Jews to confront, at long last, the eternal truth of our stupidity as a people, which I will stack, blunder for blunder, against that of any other nation now or at any time living on this planet of folly, in this world of Chelm. Now is the moment to acknowledge that the 62-year history of Israel, like the history of the Jewish people and of the human race, has been from the beginning a record of glory and fiasco, triumph and error, greatness and meanness, charity and crime.

That Israel remains a failed experiment comes as no surprise to anyone who remembers how it was born, out of idealism and terrorism, hope and betrayal, entitlement and denial, religious pride and dirty politics.

I'm still taken aback when I see people stumble into euphemistic logical minefields, usually unaware of the harm they present. I was on a panel at this year's Conference on World Affairs in Boulder about overt and subtle racism, conscious and unconscious, and Chabon's piece would have come in quite handy. To believe that a Jew is exceptionally smart just because he is a Jew is not qualitatively different than believing a black man is exceptionally lazy because he is black. Sure, one appears to be a positive assessment and the other a prejudicial one, but they're both based on the same logical fallacy, the same kind of damaging, dismissive stereotyping.

I hope everybody follows the thread -- a rejection of either/or, black-and-white reasoning -- that runs through the last five posts, beginning with "Indomitable Spirit and Internet logic."