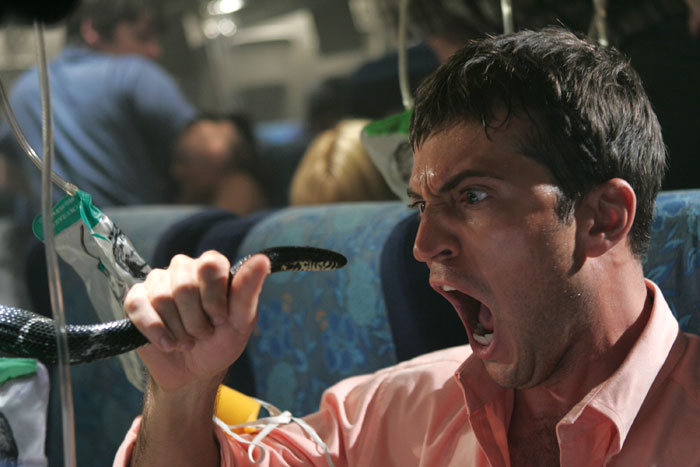 I think I was in college before I ever became aware of, or paid the slightest bit of attention to, box office grosses. Until "Entertainment Tonight" came along in the early 1980s, you had to subscribe to Daily Variety in order to find out how much money a particular picture was taking in, and I couldn't have cared less. I was thrilled when I would go into a theater to watch a movie and there would be lots of seats. This was long before I became an exhibitor myself, and suddenly saw things from the other side. I'd never thought of movies as a lowly business before, but it didn't take long to figure out the economic repercussions: The fewer people in the theater for a particular picture, the fewer movies like it we'd be probably get the chance to see, or (later) show. Somebody's got to buy the overpriced concessions, pay the film and theater rentals, the salaries, the heat and electricity bills, etc.

I'm only sporadically interested in ticket sales or advertising campaigns -- but in the case of "Snakes on a Plane," where the movie itself was always irrelevant, I confess I'm a bit perplexed that, despite all the hype and supposedly feverish anticipation, its opening weekend numbers were so blah. Critics were mostly removed from the equation (although some went to see the movie at late-night shows Thursday night, which meant reviews landed in Friday and Saturday papers). But if you level the track and don't count those extra grosses from Thursday night, "Snakes on a Plane" barely squeaked by three-week-old "Ricky Bobby" for the three-day weekend.

I was at a party with a whole buncha film critics Saturday, and everybody who had seen "Snakes on a Plane" had liked it. They all agreed it was a serviceable B-movie and a pretty fun time -- indeed, a pre-fab "Rocky Horror"-like audience-participation experience from the very first showings. So, my question to you, Scanners readers, is: What happened? Did the hype turn people off -- or was it just overexaggerated among a limited Internet-savvy crowd, while mainstream audiences just weren't all that interested? Or could there have been more people like me out there than anticipated -- people who felt it wasn't so much that we didn't want to see a movie called "Snakes on a Plane," we just felt -- long before it actually arrived -- like we already had? I'd like to get your theories on it. If you saw the movie, what did you think? What do you make of the box-office and audience response? Or would you rather just forget about the whole thing?