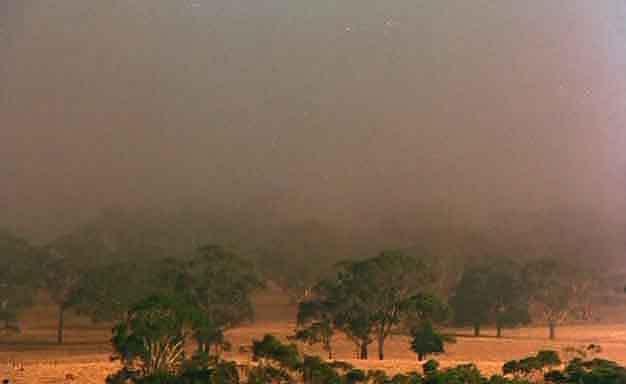 "But I do want to say something about imagination purely as a tool in the art and science of scaring the crap out of people... You approach the door in the old, deserted house, and you hear something scratching at it. The audience holds its breath along with the protagonist as she/he (more often she) approaches that door. The protagonist throws it open, and there is a ten-foot-tall bug. The audience screams, but this particular scream has an oddly relieved sound to it. "A bug ten feet tall is pretty horrible," the audience thinks, "but I can deal with a ten-foot-tall bug. I was afraid it might be a hundred feet tall." 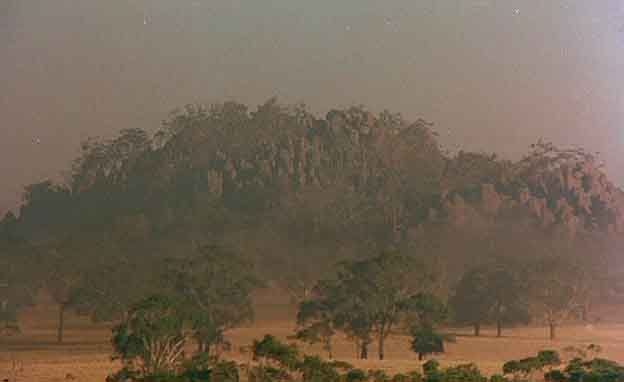 Peter Weir's "Picnic at Hanging Rock" (1975) is masterpiece of horror, but not in the way you might think. There are no monstrous bugs of any sort -- except for the usual (tiny) ants that plague just about any picnic. "Picnic at Hanging Rock" is a perfect thriller because (like "Twin Peaks," another symphony of anguish over Not Knowing) it's about effect of Mystery on the human imagination -- not just the ache of the Unknown, but the terror, and torture, of the Unknowable. Is there anything more horrible for the mind to contemplate than a mystery with no satisfactory solution? It's more than the psyche can bear... 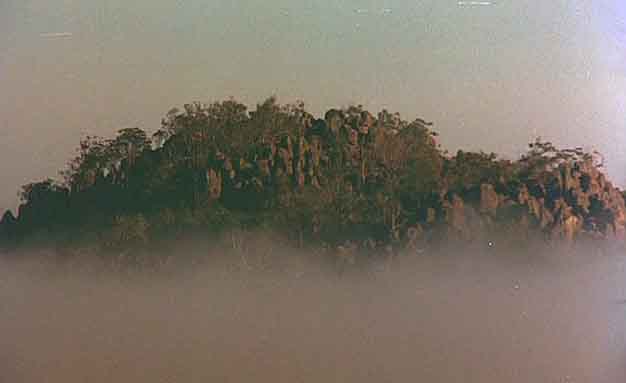 And it's all set up right here, in what is undoubtedly a series of nearly imperceptible dissolves (perhaps combined with optical work): A rock in the outback remote wilderness (premonitions of Ayers' Rock and Fred Schepisi's "A Cry in the Dark" (1988)) that stays utterly still, yet shifts and changes. First, we see the black trees in the red foreground. Then the rock appears, hovering over the landscape. Next, fog obscures the foreground and the rock appears to be floating (hanging?) on a cushion of mist. How much time has elapsed between each of these views? Minutes? Hours? Days? Just when you think you know what you're seeing, it becomes something slightly different. You can't quite pin it down. It's ... unsettling, disorienting...

Zamfir's primitive-sounding pan flute reverberates in the air. It's an ominous beginning and we're tempted to feel, like Roy Neary would about another rock formation in "Close Encounters of the Third Kind" a few years later, that this means something. But what if it doesn't?

'The Scream': Now more than ever