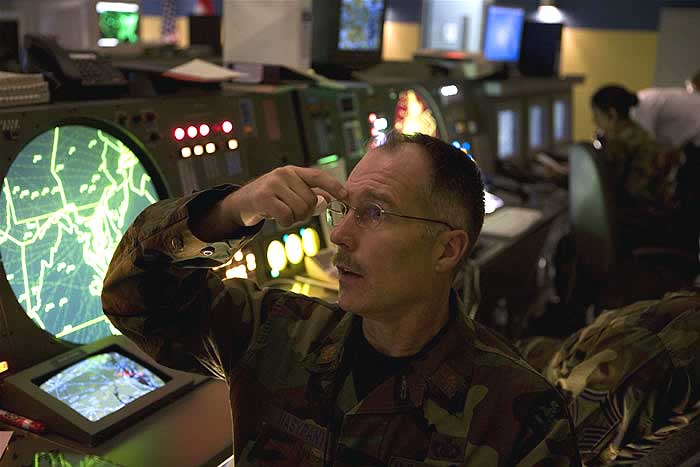 Michael Bonner (an associate producer on "United 93") has an article in Vanity Fair reconstructing events of 9/11 from 30 hours of previously unreleased tapes from the Northeast Air Defense Sector (NEADS) of the North American Aerospace Defense Command (NORAD) . Bonner concludes that the situation was more chaotic and uncertain than the Pentagon would later claim, and the tapes support that conclusion. He interviews several of the key participants, including NEADS mission-crew commander, Major Kevin Nasypany:

Five years after the attack, the controversy around United 93 clearly eats at Arnold, Marr, Nasypany, and several other military people I spoke with, who resent both conspiracy theories that accuse them of shooting the flight down and the 9/11 commission's conclusion that they were chasing ghosts and never stood a chance of intercepting any of the real hijackings. "I don't know about time lines and stuff like that," Nasypany, who is now a lieutenant colonel, said in one of our last conversations. "I knew where 93 was. I don't care what [the commission says]. I mean, I care, but—I made that assessment to put my fighters over Washington. Ninety-three was on its way in. I knew there was another one out there. I knew there was somebody else coming in—whatever you want to call it. And I knew what I was going to have to end up doing." When you listen to the tapes, it couldn't feel more horrendously true.

When I asked Nasypany about the conspiracy theories—the people who believe that he, or someone like him, secretly ordered the shootdown of United 93 and covered it up—the corners of his mouth began to quiver. Then, I think to the surprise of both of us, he suddenly put his head in his hands and cried. "Flight 93 was not shot down," he said when he finally looked up. "The individuals on that aircraft, the passengers, they actually took the aircraft down. Because of what those people did, I didn't have to do anything."