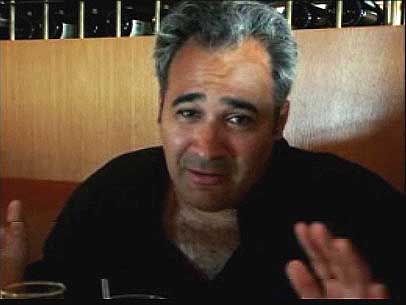 Hot Blogger and Hot Button colunist David Poland has posted his third, breezy "Lunch With David" vlog over at iKlipz and I think it's the funniest one yet. This week's topic: Secrets in Hollywood -- who tells 'em and whether they really want anybody to keep 'em. The premise is simple, kind of like an UnCabaret routine (or Johnny LaRue's Street Beef): one person, one camera, one table. David sits down and tells you whatever's on his mind about goings on in The Biz, at the box office or behind the scenes. He's a funny guy (and knows just how to play to the camera for comic effect). David describes the newly launched iKlipz as a kind of MySpace for movie people -- in particular, folks who want to distribute their films and videos on the web. So, I went ahead and joined up. (It's free.) Wanna be my friend? ;)