Is Once ineligible for Best Original Song Oscar? 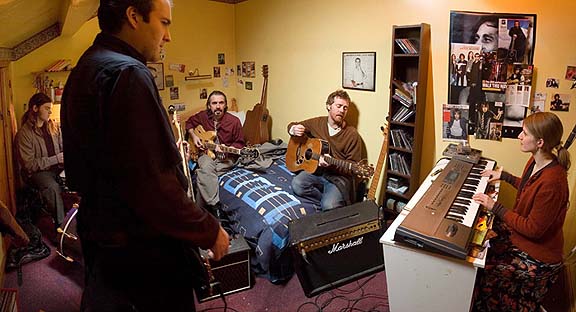 The Oscar-nominated song "Falling Slowly" (the only one not from "Enchanted" or "August Rush"(2007)) may have been recorded for a Czech film -- and appeared on two albums in 2006, before "Once" was finished.

Not sure why this has become an issue now (does nobody at Fox Searchlight or the music branch of the Academy do any research until the last minute -- or beyond?), but Dublin film critic Paul Lynch passes along this report from his Sunday Tribune critical colleague Una Mullally:

The Sunday Tribune understands that the Academy query relates to whether the song, from the John Carney-directed movie "Once," was written specifically for the film, as the eligibility rules for the Best Original Song category demand.

"Falling Slowly" was originally recorded by the film’s co-stars Glen Hansard and Marketa Irglova when Czech director Jan Hrebejk asked the two musicians to contribute songs to his 2006 film "Kráska v nesnázích" ("Beauty in Trouble"). Hansard and Irglova ended up recording the album "The Swell Season," of which "Falling Slowly" was a key track. That album was released in April 2006. Hansard’s band, The Frames, then rerecorded the song for their September 2006 album "The Cost. "Beauty in Trouble" was released in October 2006, with "Falling Slowly" played almost in full over the film’s trailer [above].

The rules for eligibility in the Best Original Song category state that: “An original song consists of words and music, both of which are original and written specifically for the film.” The rules go on to state: “The work must be the result of a creative interaction between the filmmaker(s) and the composer(s) or songwriter(s) who have been engaged to work directly on the film.” 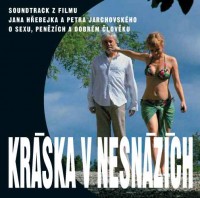 "Falling Slowly" is the electrifying acoustic duet performed in the music store in "Once." The Czech soundtrack album for "Kráska v nesnázích" ("Beauty in Trouble") includes "Falling Slowly." "Beauty in Trouble" (2008) played the Karlovy Vary Film Festival July 2, 2006 and was released in the Czech Republic in September, 2006; "Once" played the Galway Film Fleadh July 15, 2006, and was theatrically released in Ireland in March, 2007. It's unclear when the song was written, or which film it was written for (if either!), since both were first publicly screened around the same time. Which does the Academy think is the most important consideration: the writer's intention, the soundtrack recording date, or the film's screening/release date?

"Once," which was filmed over a 17-day period in January 2006; months before "The Swell Season" or "Beauty in Trouble" came out - something that wasn’t mentioned in The Sunday Tribune article. From this muddled time-line it seems as though the only revelation that could disqualify the song would be if it could be proven that either "Beauty in Trouble" or "The Swell Season" were wrapped and fully produced before Hansard was approached by John Carney in relation to "Once." Given the respective release dates of the two, that seems unlikely.

After all, even if the reality is far different, Hansard can easily claim that he wrote "Falling Slowly" for "Once" at any time as long as it can be shown that he was aware of the film’s production. It doesn’t matter where or when the song was used after that fact.

The scores for "Into the Wild" and "Enchanted" were ruled ineligible by the Academy due to “predominant use of songs” -- although three of the latter's tunes were nominated in the Best Original Song category. I know, it's confusing.

If you care to learn more about the history of the Academy's Original Score/Original Song Score rule changes, see this article from the New York Times in 2000, "Squeezing Music Into Pigeonholes":

Alan Bergman, the chairman of the academy's music branch and the winner of three songwriting and scoring Oscars, believes that academy voters were being distracted by their memories of catchy tunes. ''People were voting for the songs, not the underscores,'' Mr. Bergman said. ''We felt that academy members outside the music branch didn't distinguish between the two. So when a score like 'The Lion King' is competing against a drama like 'Forrest Gump,' it's apples and oranges -- not in the quality of the score, but in the way it functions in the movie. There's a big difference.'' [...]

But only two films -- ''Tarzan'' and ''South Park: Bigger, Longer and Uncut'' -- were submitted this year for the song score award. And the Oscar rules state that if four or fewer films are submitted in a category, the branch can recommend that no award be given. When the composers of both films tried to submit their underscores -- that is, all the music except the songs -- for the original score award, they were rebuffed; both received letters saying that their underscores -- about 45 minutes of music -- did not constitute what the academy considered an original score.