Hollywood: Just shut it down 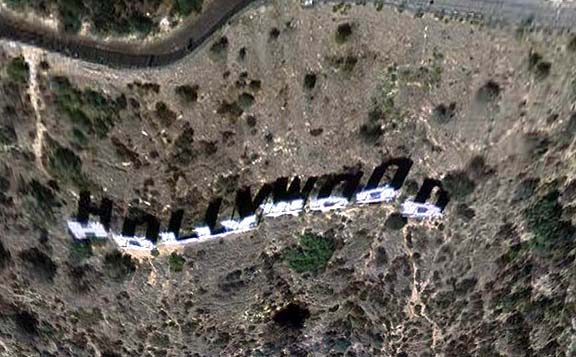 "My advice to Hollywood is to shut down...."

MSN Movies received this despairing e-mail regarding my "Open Letter to Hollywood" piece. I'm not sure what to say, but I thought I'd share it as the cri de coeur of one disillusioned man, and a reminder of the chasm that has always existed between art and commerce in Tinseltown -- but a canyon that is occasionally bridged:

I was recently at a bar north of Boston, and discovered that the bartender was attending Emerson College, studying film production. He was interested in pursuing a career as a DP and eventually a director, and I asked him what kind of films he viewed in his program, mentioning such names as Fellini, Bergman, Kurosawa, Kubrick, the old great studio system directors such as Hawks, Huston, Cukor, etc. He said that he almost never watched such films, at least not as part of a class, and had only marginal curiosity about their work. He was far more interested in the technical [side] of film and the marketing aspects of the industry. He stated he understood the reputation of all of those people (although he had never heard of George Cukor), but his professors didn't stress much film history, and he didn't believe that this old work had much bearing on the reality of the industry today.

I look upon the mainstream films made in the current atmosphere and wonder how many have even a remote chance of standing the test of time. I've sat through dozens of viewings of films like "The Maltese Falcon," "The Quiet Man," "Who's Afraid of Virginia Woolf," "Network," and none of these films have lost their freshness. "Titanic," for a while the biggest movie ever, is now ten years old. Does anyone have any interest in it at all anymore, a decade down the line? "Casablanca" is 65 years old. How many Hollywood films made in the last ten years will still generate interest in the years 2062 to 2072?

The film industry as it exists today is no different than any other major corporate enterprise. Corporate enterprises are by nature conservative; their goals are to limit risk exposure and do whatever is the easiest thing within a given business structure. They want to sell you things they know you'll buy because you've bought them already, so the conglomerates that own the studios will keep churning out sequels, franchises, and copycat product until you stop buying, and then they'll go on to the next thing and bleed that to death.

Art? Philosophy? Forget it; if it happens at all in current Hollywood, it's because someone bankable like George Clooney gets together with a few like-minded producers to create "Syriana." Given that corporate enterprises are populated with individuals all striving to get obscenely rich before age 35, and given the complexities of making a film in the first place, nurturing art and artists to enable their ability to make future masterpieces doesn't even appear on the radar. My bartender from Emerson knows this, and realizes the futility of even bothering with art. Why watch the intricacies of "Juliet of the Spirits," "Persona," "Rashomon," or "2001: A Space Odyssey" when no one you will ever work with will ever green light such a project? You're better off making Wal-Mart and Burger King ads anyway - they'll pay.

My advice to Hollywood is to shut down. In the past century, they've already made enough quality films to entertain a lifetime of viewing. Hollywood employs a vast array of talented people; imagine if all of these people used their talents toward creating reality instead of fantasy? The world currently faces myriad problems requiring staggering amounts of work to fix, and Hollywood would do well to allow itself to quietly expire. Most of the film ideas Hollywood currently attempts to realize are ones that shouldn't have been pursued in the first place, and those working for Hollywood could use their talents toward more worthwhile goals.