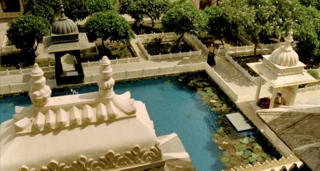 My friend Alley Rutzel was so mesmerized by Tarsem Singh's "The Fall" (premiered at the 2006 Toronto International Film Festival, but released in the US only this summer), that she put together this index of breathtaking images and locations from the film. She writes: "Watching this movie was incredibly inspiring (I kept saying "I want to go there, and I want to go there...") so I made a game of trying to figure out all the filming locations." She still doesn't have 'em all, so please take a look and let her know if you can identify them...