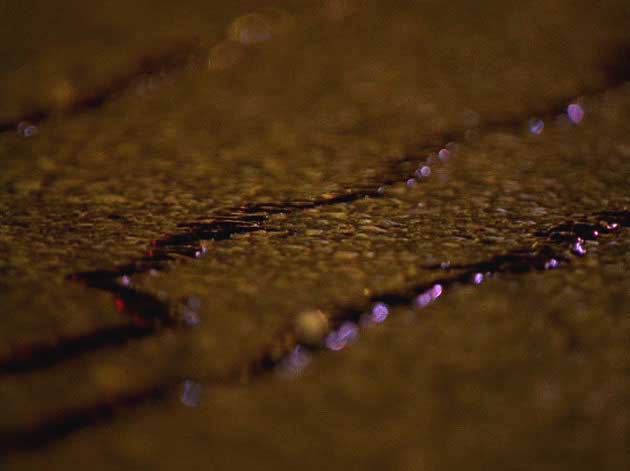 Blood on film (representational). From "The Wire."

Girish Shambu has proposed an "Avant-Garde blog-a-thon," and there are some terrific entries, all of which are linked to from girish's own illuminating post about the films of Joseph Cornell, who, he writes, "is sometimes cited as the foremost American Surrealist artist but he was never a card-carrying member of the movement, but instead more of a fellow traveler." I knew nothing about Cornell, except that he is among the filmmakers represented in the spectacular box set, "Unseen Cinema - Early American Avant Garde Film 1894-1941" (which I have seen -- it's a pretty package! -- but not yet watched). Now I'm going to go straight to his stuff when I get the box. You should check out Richard T. Jameson's thrilling introductory essay on Amazon.com, which begins:

Avant-garde cinema remains unseen for all sorts of reasons. Because it's rare. Because it's elusive. Because the mainstream distribution and exhibition apparatus is not designed to serve it (and, arguably, to a large extent is designed to suppress and deny it). Because people--that vast army of us proud to be unpretentious "regular moviegoers"--basically don't want to see it, fearing that it's esoteric and challenging and probably boring. These are excellent--which is to say, very real--reasons. Except that, as of autumn 2005, they're obsolete. All but the personal-resistance part, anyway. Now, thanks to Anthology Film Archives, curator Bruce Posner, and the cooperation of the world's foremost film museums, anybody with a DVD player can make the acquaintance of 20some hours of definitive avant-garde film experiences through this often dazzling seven-disc set. And whaddaya know: a lot of "unseen cinema" turns out to be fascinating, thrilling, spectrally beautiful, tantalizingly mysterious--in a word, eye-opening, to both the art of film and the world we all share.

Perhaps the most deceptively avant of the Avante-Garde blog-a-thon entries, though, is Andy Horbal's at No More Marriages!. After a three-part introduction ("I made a mess, but in the spirit of solidarity I've decided to just post the mess!"), he writes about three works:

2: The CBS Broadcast of the 2005 NCAA Men's Basketball Tournament Elite Eight game in which Patrick Sparks hits a buzzer-beater three to send the game into overtime

My original idea was to write about "non-vegan films." I was thinking about Thorsten Fleisch's rather shocking "Blutrausch" ("Bloodlust") which Fleisch made by applying drops of his own blood directly to film stock and Stan Brakhage's "Mothlight," which Brakhage made by affixing bits of dead insects and leaves directly onto a film strip. Then my friend Brian Taylor (Don't Kick Food!) reminded me that celluloid used to be made with gelatin, so in a sense all films made before a certain point were "non-vegan films." And then I thought, Where am I going with this?

Where he goes is a journey worth taking.