Ooops. "Emotional Fascism" was the original title of the third Elvis Costello LP, released as "Armed Forces." What I meant to say was that, in my final contribution to The Movie Tree House over at SLIFR, I get all emotional about Mark Ruffalo's teeth, Annette Bening's face and a lonesome cowboy who gets choked up when he calls his mom. Those would be references to "The Kids Are All Right" (again) and "Sweetgrass" (again). 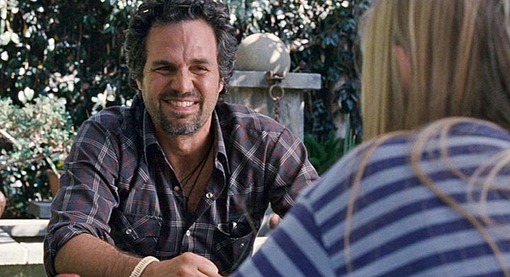 And I bring up the extremely mixed critical reception for "Black Swan" (which is Jason's favorite movie of the year, and one of the ten worst according to the NY Mag/Vulture critics' poll on the subject). Come see what Sheila, Jason and Dennis have to say about it all.

Meanwhile, I'm frustrated to report that, because of other personal and professional obligations, I haven't yet been able to write about "True Grit" or "Sweetgrass" or "Another Year" or "Black Swan" or "October Country," which are among the more intriguing pictures I saw in late 2010 (or the first couple weeks of 2011).

One more thing: Up in the tree house, we spent a lot of time talking about the "average viewer" (a term Matt Zoller Seitz used reluctantly, for lack of a better term). He did not intend anything dismissive or condescending about the term, and neither do we. Sheila called herself an acting nerd, and I observed that we're all nerds or we wouldn't be blogging about movies. Most people -- those mythically elusive "average viewers," you might say -- may love the movies, but they think we're crazy to go on and on about them in so much detail. And that's perfectly understandable. But does the "average viewer" read film criticism? I think not. That's probably one definition of "average viewer": somebody who loves movies but doesn't read/practice film criticism, except maybe the weekly consumer-guide type newspaper or Internet reviews. (I suggested perhaps a Venn diagram could be used to show the overlap between movie fans and criticism fans.)

Anyway, the subject of "The King's Speech" came up -- a perfectly mainstream, movie that may or may not seem like Oscar-bait to the "average viewer" -- and I wanted to share this anecdote (which I also tacked up on the Tree House as a parting comment):

I met a very nice, intelligent woman (maybe ten years older than me) at a New Year's Eve party and she told me "The King's Speech" was the best movie she'd ever seen. I responded politely by showing (genuine) enthusiasm for Geoffrey Rush's performance. But I don't know what to say to something like that. I mean, I had no reason or desire to dismiss her, but it wasn't the kind of statement that calls for critical analysis, either. It was just social smalltalk. But I believe she was quite moved by the film. And, yes, there's nothing at all wrong with that.

I thought of saying, "Wow. My favorite movie is 'Nashville.' Or maybe 'Chinatown.' Or 'Only Angels Have Wings.' " But I didn't think the conversation would have much opportunity to go anywhere from there, so I didn't. We did talk about "Mad Men," though. She was there -- an executive secretary at a big advertising firm on Madison Avenue, probably in the late '60s or '70s. Eventually married her boss. Pretty cool, actually...