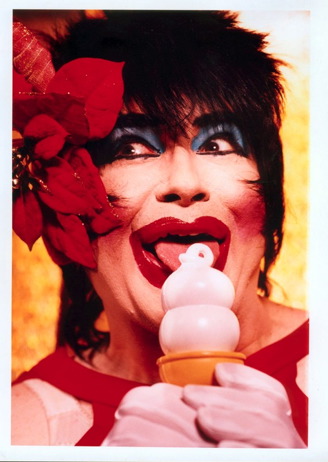 ANNOUNCING: The very first second Oscar Recipe Blog-h'ors-d'oeuvre (pronounced like "blog-a-thon," only more like "blog-or-derve"), hosted by Scanners and Our Lady of Perpetual Mojo, the World's Foremost Hostess-in-Absentia, Dina Martina! This Sunday, more than a billion people around the globe will be serving one or more of Dina's Governess's Ball's Recipe's... (below). And that means you. (For more Dina Martina Oscar Entertaining Party Hints, see above.) They are easy to make, easy to serve, easy to eat, easy to enjoy, and fully digestible. (And bloggorhea is rarely a problem, except in rare cases.) After it's all over and you have your Faye Dunaway moment, please return here to give us a report of how tickled you and your guests were to consume Dina's salacious gustatory delights! Or share your own family secrets! And, recipes. Did you embellish? Did you improvise? Did you remember ice cubes and condiments? Let us know: Now thru Monday, February 26, 2007 25, 2008!

In large mixing bowl, combine ground beef, minced garlic clove, Worcestershire sauce and oregano (to taste). Drain olive cans, and remove pimento from green olives. Gently fill each olive, green and black, with Snack Mate cheese in a can. Form ground beef around each olive. Place each newly formed MEATY-O-RITE (as you may now call them) on a cookie sheet. Pre-heat oven to BROIL. Place cookie sheet full of eager young MEATY-O-RITES in oven to broil for 8-16 minutes, or until dark golden brown. ENJOY. (After removing from oven.) Spruce up with frill picks, if desired. (Before enjoying, yet after removing from oven.) Thank you. 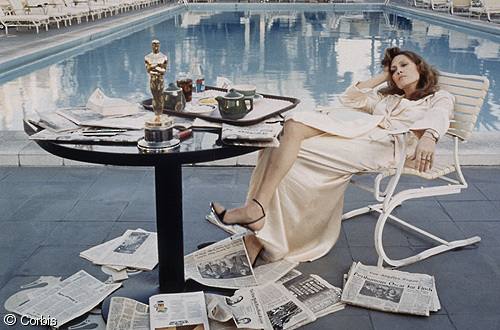 There's got to be a morning after...

In medium saucepan, prepare Lime Jell-O. Remove from heat and stir in fresh frozen corn. Let mixture cool for a few minutes and stir again. The object is to stir corn niblets periodically, just enough to get them to remain visibly suspended in Lime Jell-O, much like confetti in the festive air, freshly jettisoned from a gay party-goer's palm. When Jell-O is thick enough to achieve this effect, pour mixture into clear glass tumblers. Refrigerate overnight. Garnish with LITTLE SMOKIES Cocktail Sausages. Note the way yellow corn niblets compliment lime Jell-O. Serve.

Serve. For those of you who are lactate intolerant, substitute non-dairy creamer and mix with water until lumpy (chunky). Enjoy.