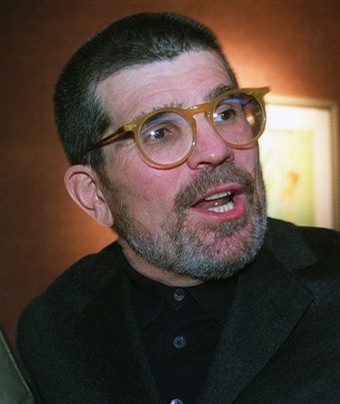 What is "liberal," what is "conservative"? What is "brain-dead" and what is "knee-jerk"?

The writer of "Glengarry Glen Ross" and "Wag the Dog," the writer-director of "House of Games," "Homicide" and "Oleanna," reveals in the Village Voice that he doesn't think people are "basically good at heart" -- a belief he ascribes to liberalism. See "Why I Am No Longer a 'Brain-Dead Liberal'." As Austin Powers said of Liberace's homosexuality: Wow, I didn't see that one coming.

OK, Mamet wrote the piece to be provocative, and I suppose it is, if only because... well, I would wager that far more people fit Mamet's definition of "brain-dead" than might fit his definitions of "liberal," "conservative," "moderate," "independent," "libertarian," etc., put together. His work had not previously led me to think of him as a "bleeding heart" or "brain-dead," but there you go: Trust the art, not the artist. (Who knew? "Oleanna" was liberal!) Mamet writes:

... I wondered, how could I have spent decades thinking that I thought everything was always wrong at the same time that I thought that people were basically good at heart? Which was it? I began to question what I actually thought and found that I do not think that people are basically good at heart; indeed, that view of human nature has both prompted and informed my writing for the last 40 years. I think that people, in circumstances of stress, can behave like swine, and that this, indeed, is not only a fit subject, but the only subject, of drama.

I'd observed that lust, greed, envy, sloth, and their pals are giving the world a good run for its money, but that nonetheless, people in general seem to get from day to day; and that we in the United States get from day to day under rather wonderful and privileged circumstances—that we are not and never have been the villains that some of the world and some of our citizens make us out to be, but that we are a confection of normal (greedy, lustful, duplicitous, corrupt, inspired—in short, human) individuals living under a spectacularly effective compact called the Constitution, and lucky to get it.

For the Constitution, rather than suggesting that all behave in a godlike manner, recognizes that, to the contrary, people are swine and will take any opportunity to subvert any agreement in order to pursue what they consider to be their proper interests. [...]

I found not only that I didn't trust the current government (that, to me, was no surprise), but that an impartial review revealed that the faults of this president—whom I, a good liberal, considered a monster—were little different from those of a president whom I revered.

Bush got us into Iraq, JFK into Vietnam. Bush stole the election in Florida; Kennedy stole his in Chicago. Bush outed a CIA agent; Kennedy left hundreds of them to die in the surf at the Bay of Pigs. Bush lied about his military service; Kennedy accepted a Pulitzer Prize for a book written by Ted Sorenson. Bush was in bed with the Saudis, Kennedy with the Mafia. Oh. [sic]

I'm a little confused because Mamet seems to be implying that liberals think "everything is always wrong." Maybe he doesn't watch Fox.

One thing Mamet doesn't address here is the idealistic philosophy of neo-conservatism during the "World's Only Remaining Superpower" era, which held that it was America's moral duty to invade and occupy other countries, topple their corrupt governments, and install democracies because we — and the people whose countries we seek to liberate — are fundamentally good at heart. So, the most influential conservative movement since Ronald Reagan was motivated by the same idealism Mamet identifies with liberalism. Perhaps Mamet will clarify in a future article.

My question, whenever somebody stakes claim to a political label, is to ask: What do you expect from government? Their answer — if they're able to answer at all — sometimes surprises them, especially if it contradicts the tag they've put on their own political orientation. (And isn't everybody really bi-partisan, anyway?)

In other news, Mamet appears to have given up wearing that beret.