#CNNFail: The revolution is being Tweeted and Facebooked 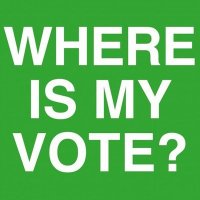 This is the world we live in. BBC had some real breaking news from Iran, which reportedly caused the Ahmadinejad regime to kick some of its reporters out of the country, block its satellite feeds, and otherwise hamper its coverage. But most of the real news was coming directly from the cell phones and laptops of Iranian citizens who found ways to circumvent Ahmadinejad's attempts to block access to unprocessed, "unofficial" information, especially on the Internet and sites like YouTube.

On Twitter, where #CNNFail and #Iranelection were top topics, tweets relayed options for bypassing government censorship:

Even as Twitter became the best source for rapid-fire news developments from the front lines of the riots in Tehran, a growing number of users of the microblogging service were incredulous at the near total lack of coverage of the story on CNN, a network that cut its teeth with on-the-spot reporting from the Middle East.

For most of Saturday, CNN.com had no stories about the massive protests on behalf of Mir Hossein Mousavi, who was reported by the Iranian government to have lost to the sitting president, Mahmoud Ahmadinejad. The widespread street clashes--nearly unheard of in the tightly controlled Iran--reflected popular belief that the election had been rigged, a sentiment that was even echoed, to some extent, by the U.S. government Saturday. 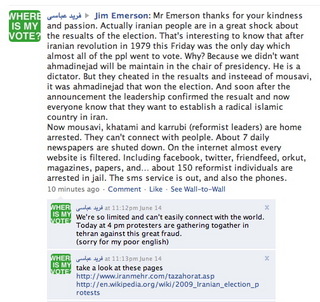 On Facebook and Twitter, many Iranians -- and supporters worldwide -- changed their profile pictures to the image above in solidarity. In an international gesture of protest, people were encouraged to wear green -- color of candidate Mir Hossein Mousavi's opposition party, which claims to have actually won the election -- on Monday.

UPDATES: Marc Armbinder offers advice on how we should always approach news, whether from newspapers, radio, network television, websites, blogs or Twitter: "Follow The Developments In Iran Like A CIA Analyst."

Armbinder again: "The Revolution Will Be Twittered":

Why hasn't Mousavi been arrested or killed? Iran's regime is thuggish, but I don't think it wants to risk further alienating Europe or China. And I surmise that because the Iranian government knows that the opposition -- maybe we should call them the silent majority? -- has ways of communicating and organizing outside of their control. Mousavi would become an instant martyr. Twitter, Facebook, blogs -- and the mainstream media -- are all colluding to keep hope alive for the Iranian people. 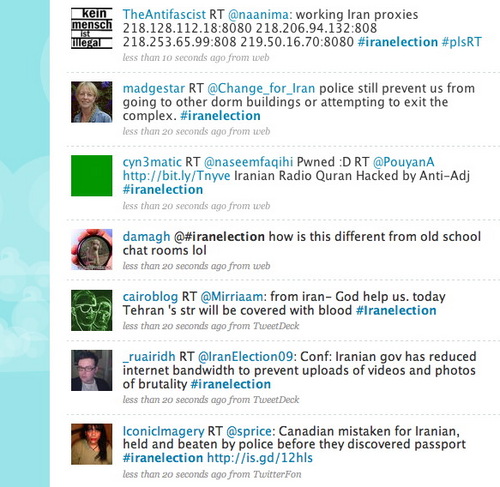 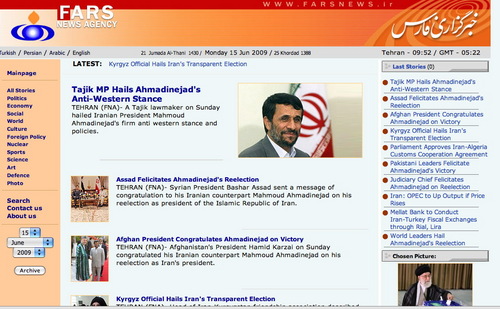 Parallels to US media coverage, 2000 - present, are chilling.