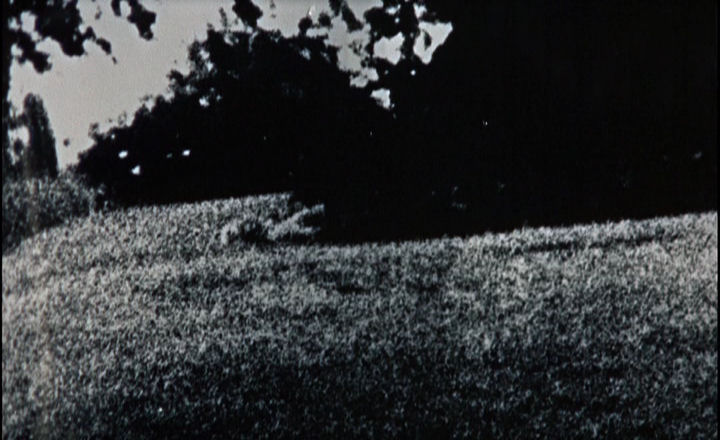 “Until the film is edited, I have no idea myself what it will be about. And perhaps not even then. Perhaps the film will only be a mood, or a statement about a style of life. Perhaps it has no plot at all, in the way you use the word. I depart from the script constantly. I may film scenes I had no intention of filming; thing suggest themselves on location, and we improvise. I try not to think about it too much. Then, in the cutting room, I take the film and start to put it together, and only then do I begin to get an idea of what it is about." -- Michelangelo Antonioni to Roger Ebert in 1969

I can think of no better tribute to the late Michelangelo Antonioni than this 1999 letter to Ebert:

A friend recently sent me your column in the Nov. 8, 1998 Denver Post about the movie "Blow-Up." As I actually played the blow-up in that fine movie, I thought you might enjoy knowing the behind-the-scenes story of how the film was made (or not made, in fact). Your column proclaims it to be a great film, and I am not trying to discret that opinion. But it is nonetheless an unfinished work, and it raises the fascinating question of how much of the "art" of a final film is intentional -- or accidental.

My name is Ronan O'Casey, and I played Venessa Redgrave's gray-haired lover in the film. The screenplay, by Antonioni ("just call me Michelangelo"), Tonio Guerra, and Edward Bond, told the story of a planned murder. But the scenes depicting the planning of the murder and its aftermath -- scenes with Vanessa, Sarah Miles and Jeremy Glover, Vanessa's new young lover who plots with her to murder me -- were never shot because the film went seriously over budget.

The intended story was as follows...

The intended story was as follows: the young lover, armed with a pistol, was to precede Vanessa and me to Maryon Park in London, conceal himself in the bushes and await our arrival. I pick up Vanessa in a nice new dark green Jaguar and we drive through London -- giving Antonioni a chance to film that swinging, trendy, sixties city of the Beatles, Mary Quant, the Rolling Stonres, and Carnaby Street. We stop and I buy Vanessa a man's watch, which she wears throughout the rest of the film. We then saunter hand and[sic] hand into the park, stopping now and then to kiss (lucky me). In the center of the park, Vanessa gives me a passionate embrace and prolonged kiss, and glances at the spot where her new lover is hiding. He shoots me (unlucky me), and the two leave the park intending to drive away. Their plans goes awry when he notices Hemmings with his camera and fears that Hemmings has photos of her. As it turns out, he has.

None of this was ever shot. There were other scenes, such as those between Sarah Miles and Glover, that also went unrealized (unreelized?). (Sarah tried to get her name off the film because she ended up with so little screen time.) Some of the scenes that were shot pertaining to the murder plot ended up in the film, but are completely puzzling to the audience. For example, in the film there is a scene with Vanessa and Hemmings at a cafe. A young man approaches her, notices that she is with Hemmings, and runs away. That's Glover. This makes for an odd, mysterious moment because the audience is completely ignorant of his identity. [...]

Years later I bumped in to Carlo Ponti in Cinecitta, and he told me wryly that when all of the 200-some prints were returned, every one was a few feet shorter than it ought to have been. In every print, Jane Birkin's pussy had been neatly trimmed by the projectionist. So all the males who were being turned on by that quick glimpse of alleged nudity were seeing it only in their imaginations.

I was thrilled to be offered a part in this film, opposite Vanessa and directed by Antonioni, even if I ended up as a kiss and a corpse. But this letter is not meant to be a vintage whine by a dissatisfied actor -- rather, a reflection on how difficult it is to be precise about the meaning of art and the intentions of the artist. Truth is multifaceted, particularly at 24 frames a second. Antonioni was a great director and you are probably right about the greatness of "Blow Up" -- I certainly hope nobody ever finishes it.