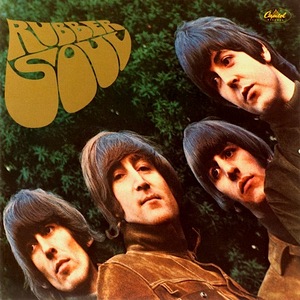 Over Memorial Day weekend I attended a high school graduation in Albuquerque. One of the graduating senior boys gave a speech in which he used car parts as a metaphor for the components of one's personality or identity. It was a clever piece he'd co-written with a friend, delivered with wry humor. Afterwards, the head of the school -- a man I'd estimate was in his 60s -- took the stage and thanked the student, quipping: "Baby, you can drive my car anytime."

The next night at a graduation party, the kid who'd given the speech was standing around with a few friends and the uncomfortable subject came up.

"It was creepy," said one of the girls.

I piped in: "It was creepy -- because it was totally inappropriate and made no sense. Unless he was attempting to seduce you. He was just trying to make a Beatles reference for some reason."

"Oh!" exclaimed a couple of students.

It was probably even creepier for those of us who did recognize what the old guy was lamely attempting to invoke. These kids were 16 and 17, so naturally I felt a little... old, having to mention what I'd thought was an obvious, if still undeniably incongruous and awkward, reference. Then again, one of them had earlier quoted Taylor Swift (sarcastically) and I didn't get that, either.

But I felt a mild shock at that moment, registering something that I'd long known intellectually, but had never quite experienced quite so viscerally before. As George Harrison memorably (for some of us) sang, "All things must pass." Even the ubiquity of the Beatles' catalog. You can have a profound, revolutionary impact on the popular culture of your time and -- in the case of Paul and Ringo, I guess -- outlive it in certain respects.

Once again, what was widely shared cultural currency not long ago has been consigned to the dimly remembered past. No, I'm not really that surprised, and I'm not complaining, but I just never thought I'd live to see the day when teenage kids wouldn't immediately recognize the phrase "Baby, you can drive my car" ("Beep-beep-mm-beep-beep yeah"), or didn't know that the song occupied the first track on "Rubber Soul." (On the UK Parlophone pressings and subsequent CDs, not on the US Capitol album; Capitol stuck it on the "Yesterday... and Today" collection -- you know, the one that originally had the infamous "Butcher cover"...)

I don't know why this threw me. I mean, they did vaguely remember the song when I reminded them. But this wasn't just any old tune: It was The Beatles -- a big part of mid-20th century history. To me, not immediately recognizing it is something like not knowing the first four notes of Beethoven's Fifth Symphony, or the first line of "Moby Dick," or what Mount Rushmore is. I mean, everybody's familiar with this stuff, aren't they? The Beatles were a worldwide phenomenon and our awareness of them and their popular songs is something we share as sentient beings, alive in this particular place and time. It's now in our DNA. Isn't it?

My parents and grandparents knew the Beatles (even when they were appalled by that "She loves you, yeah yeah yeah" noise on the "Ed Sullivan Show"!) -- and I knew their music, from Cole Porter to Nat King Cole. I wonder how long it will be before the pop-cultural heritage we share today -- whether represented by pop stars like Michael Jackson or Madonna, or movies like "The Godfather" or "Avatar" -- are obscure historical footnotes most people have never actually heard or seen, even if they're vaguely aware of their existence. Perhaps within your lifetime?

P.S. Last summer when I went into the hospital to have a pacemaker installed and get an atrial ablation I was singing "Ba ba ba-ba ba-ba ba ba-ba, I wanna be ablated" and people my own age and younger didn't know the Ramones -- who are probably more famous now (like the Pixies and Pavement) than they were when they were originally making music. Weird.