As plain as the scar on Helen Mirren's cheek 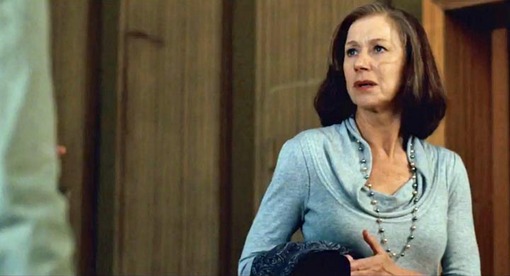 I've never understood the pleasure (or the disappointment) some people seem to get out of trying to spot continuity errors in movies. Such a waste of time and attention. But I've seen this 30-second TV spot for "The Debt" starring Helen Mirren, Tom Wilkinson, Ciarán Hinds and Jessica Chastain several times this week (during "Louie," "The Daily Show" and "The Colbert Report") and this one's so obvious it throws me for a loop.

One of the first things you notice is a nasty scar on the leading lady's face. And in the TV spot it switches from cheek to cheek within seconds. We're talking about Helen Mirren, people. This is not some minor detail like the level of liquid in a glass or a scarf shifting positions. It's Helen Mirren's face. In every shot but one the scar appears on her right side (our left). Did they flop the other shot for some reason? Just for the ad? Or is it shot in a mirror? I don't know, but it's... disconcerting.

Here's the same shot from the two-and-a-half-minute trailer online: 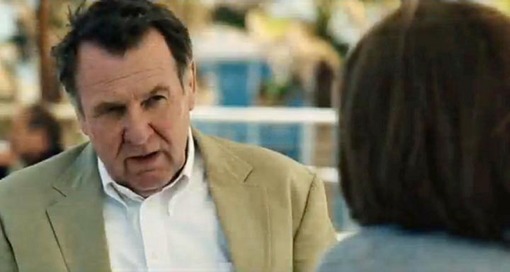 There's a shot of Tom Wilkinson (above, left) speaking to what looks like Mirren on the right. He says: "If I could go back... I would change it all." Three very brief flashback shots appear under his last few words: Two of armed guards/soldiers shooting to the right and a third of the younger characters (played by Sam Worthington and Jessica Chastain) running toward the camera: 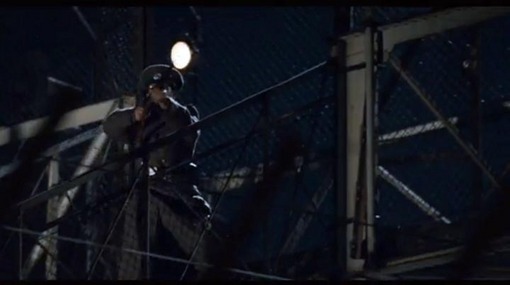 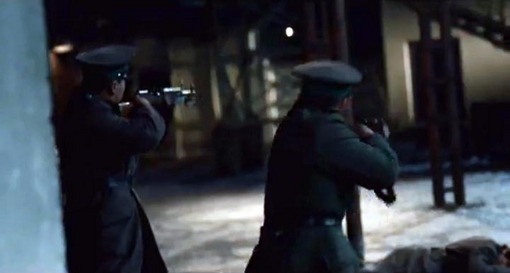 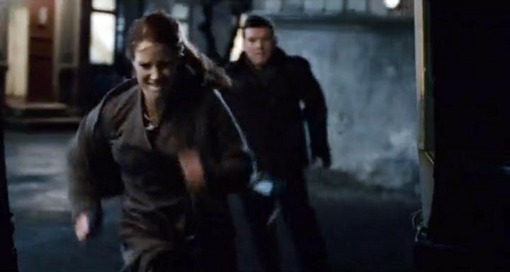 And then comes the flopped shot, in which Mirren says, as if in reply to Wilkinson (though not necessarily in the same location or the same scene): "We can't go back." So, it's a pretty obvious solution to a basic problem: putting the actors on either side of the screen so that they look like they're having a conversation. If Mirren had remained on the left, it wouldn't have looked like she was responding to Wilkinson. Mystery (not much of one) solved.