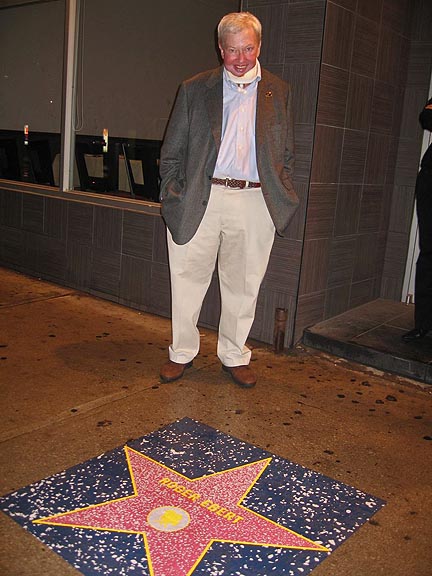 But which pundits have the most sway over America? Or, more specifically, which have the most influence by appealing to those most sought after by advertisers?

To find out, Forbes analyzed data compiled by market research group E-Poll on more than 60 well-known pundits who follow and critique the worlds of politics, current events, law, entertainment and sports. This is the same group that conducts the polling for the Forbes 08 Tracker presidential poll each month.

While the results show that plenty of cable talking heads like Bill O'Reilly, Lou Dobbs and Geraldo Rivera score highly, the most powerful pundit in America is veteran film critic Roger Ebert, who appeals to 70% of the demographic and whose long career makes him well known to well over half the population. A longtime writer for the Chicago Sun-Times, he's been offering up his cinematic views on television with partners Gene Siskel (from 1975-1999) and Richard Roeper (since 1999) for 32 years.

Ebert leads a list we compiled by scoring candidates on awareness and likability measurements among respondents within the demographic gold mine of advertisers--those between the ages of 25 and 54, with a college degree, making at least $50,000 annually....

Popular pundits score with advertisers thanks not only to desirable demographics and an emotionally attached set of viewers, but because they draw largely fragmented audiences that produce consumers with similar tastes. The trick is having wide enough appeal to draw a large audience, while still being focused enough to weed out viewers that advertisers don't want to waste money trying to reach. Basically the sweet spot is somewhere between a general audience network show and a narrowly focused Web site.

"It's use of targeted media--you're reaching people with specific traits," says Jeff Chown, president of Dave Brown Talent, a unit of research group The Marketing Arm....

Ebert, despite being limited to print reviewing over the past year as he battles cancer, is viewed by the public as intelligent, experienced and articulate, the three most common traits associated with the top 10 list. And his widespread appeal makes sense. Unlike political pundits who bring a liberal or conservative voice to the table, his strong opinions are generally confined to individual movies. Hence, he's not drawing cheers from half the population and jeers from the other half.