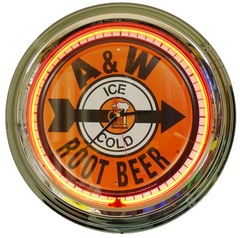 I mentioned that I can no longer eat or drink. A reader wrote: "That sounds so sad. Do you miss it?" Not so much really. Not anymore. Understand that I was never told that after surgery I might lose the ability to eat, drink and speak. Eating and drinking were not mentioned, and it was said that after surgery I might actually be able to go back to work on television.

Success in such surgery is not unheard of. It didn't happen that way. The second surgery was also intended to restore my speaking ability. It seemed to hold together for awhile, but then, in surgeon-speak, also "fell apart."

A third surgery was attempted, using a different approach. It seemed to work, and in a mirror I saw myself looking familiar again. But after a little more than a week, that surgery failed, too. Blood vessels intended to attach the transplanted tissue lost function, probably because they had been weakened by radiation. A fourth surgery has been proposed, but I flatly reject the idea. To paraphrase a line from "Adaptation's" orchid collector: "Done with surgery."

During that whole period I was Nil by Mouth. Nobody said as much in so many words, but it gradually became clear that it wouldn't ever be right again. There wasn't some soul-dropping moment for that realization. It just...developed. I never felt hungry, I never felt thirsty, I wasn't angry because the doctors had done their best. But I went through a period of obsession about food and drink. I came up with the crazy idea of getting some Coke through my g-tube. My doctors said, sure, a little, why not? For once the sugar and a little sodium wouldn't hurt. I even got some tea, and a little coffee, before deciding that caffeine addiction was something I didn't need. 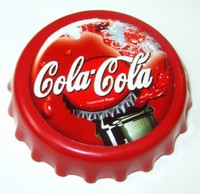 I dreamed. I was reading Cormac McCarthy's Suttree, and there's a passage where the hero, lazing on his river boat on a hot summer day, pulls up a string from the water with a bottle of orange soda attached to it and drinks. I tasted that pop so clearly I can taste it today. Later he's served a beer in a frosted mug. I don't drink beer, but the frosted mug evoked for me a long-buried memory of my father and I driving in his old Plymouth to the A&W Root Beer stand (gravel driveways, carhop service, window trays) and his voice saying "...and a five-cent beer for the boy." The smoke from his Lucky Strike in the car. The heavy summer heat.

For nights I would wake up already focused on that small but heavy glass mug with the ice sliding from it, and the first sip of root beer. I took that sip over and over. The ice slid down across my fingers again and again. But never again. 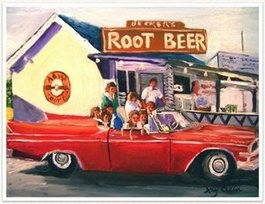 One day in the hospital my brother-in-law Johnny Hammel and his wife Eunice came to visit. They are two of my favorite people. They're Jehovah's Witnesses, and know I'm not. I mention that because they interpreted my story in terms of their faith. I described my fantasies about root beer. I could smell it, taste it, feel it. I desired it. I said I'd remembered so clearly that day with my father for the first time in 60 years.

"You never thought about it before?" Johnny asked.

"Could be, when the Lord took away your drinking, he gave you back that memory."

Whether my higher power was the Lord or Cormac McCarthy, those were the words I needed to hear. And from that time I began to replace what I had lost with what I remembered. If I think I want an orange soda right now, it is after all only a desire. People have those all the time. For that matter, when I had the chance, when was the last time I held one of those tall Nehi glass bottles? I doubt I ever had one from a can. 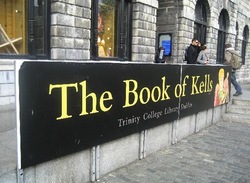 I've found memories now come welling up almost alarmingly. It's all still in there, every bit. I saw "Leap Year," with its scenes in Dublin, and recognized the street where I stayed in the Shelbourne Hotel, even though the hotel wasn't shown. That started me on Trinity College nearby, where I remembered that McHugh and I saw the Book of Kells in its glass case. And then I remembered us walking out the back gate of Trinity and finding a pub where we were to join two of his brothers. And meeting Kitty Kelly sitting inside the pub, who became famous in our stories as the only whore in Dublin with her own coach.

"Her name is Kitty Kelly," her friend volunteered. "I'm her coach."

I walked into that movie with the Book of Kells and Kitty Kelly's coach and Eugene McHugh far from my mind. The story itself had long since fallen from our repertoire. But it's all in there. 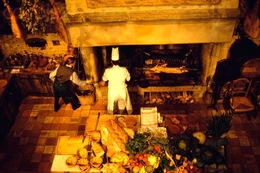 When it comes to food, I don't have a gourmet's memory. I remember the kinds of foods I was raised to love. Chaz and I stayed once at Les Pres d'Eugenie, the inn of the famous Michel Guerard in Eugénie-les-Bains. We had certainly the best meal I have ever been served. I remember that, the room, the people at the other tables and our view in the photo, but I can no longer remember what I ate. It isn't hard-wired into my memory.

Yet I could if I wanted to right now close my eyes and re-experience an entire meal at Steak 'n Shake, bite by bite in proper sequence, because I always ordered the same items and ate them according to the same ritual. It is there for me. 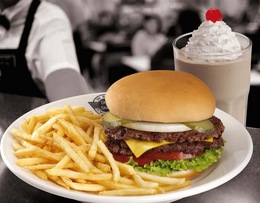 Another surprising area for sharp memory is the taste and texture of cheap candy. Not imported chocolates, but Red Hots, Good and Plenty, Milk Duds, Paydays, Chuckles. I dreamed I got a box of Chuckles with five licorice squares, and in my dream I exalted: "Finally!" With Necco wafers, there again, the licorice were the best. The peculiar off-purple wafers were space-wasters. As a general rule in candy, if anything is black, red or green, in that order, I like it.

This got carried so far one day I found myself googling White Hen-style candy with the mad idea of writing an entire blog entry on the subject. During visits to a Cracker Barrel I would buy paper bags filled with licorice, root beer, horehound and cinnamon drops. Searching for Black Jack gum, I found whole web sites devoted licorice in its many forms. I even discovered and downloaded a photo of a basket that seemed assembled from my memory, and it is below. 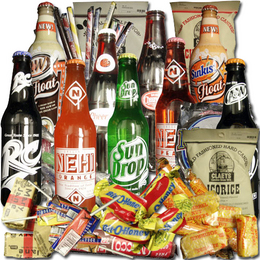 But the last thing I want to start here is a discussion of such age old-old practices of pouring Kool-Aid into a bottle of RC Cola to turn it into a weapon. Let me return to the original question: Isn't it sad to be unable eat or drink? Not as sad as you might imagine. I save an enormous amount of time. I have control of my weight. Everything agrees with me. And so on.

What I miss is the society. Lunch and dinner are the two occasions when we most easily meet with friends and family. They're the first way we experience places far from home. Where we sit to regard the passing parade. How we learn indirectly of other cultures. When we feel good together. Meals are when we get a lot of our talking done -- probably most of our recreational talking. That's what I miss. Because I can't speak that's's another turn of the blade. I can sit at a table and vicariously enjoy the conversation, which is why I enjoy pals like my friend McHugh so much, because he rarely notices if anyone else isn't speaking. But to attend a "business dinner" is a species of torture. I'm no good at business anyway, but at least if I'm being bad at it at Joe's Stone Crab there are consolations.

When we drive around town I never look at a trendy new restaurant and wish I could eat there. I peer into little storefront places, diners, ethnic places, and then I feel envy. After a movie we'll drive past a formica restaurant with only two tables occupied, and I'll wish I could be at one of them, having ordered something familiar and and reading a book. I never felt alone in a situation like that. I was a soloist. 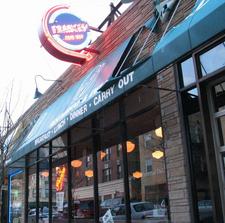 When I moved north to Lincoln Park and the Dudak's's house, Glenna Syse, the Sun-Times drama critic, told me about Frances Deli on Clark Street. "They make you eat your vegetables," she told me. There were maybe a dozen tables inside, and you selected from the day's dishes like roast chicken, lamb stew, lake perch and, yes, the veggies, although one of them was rice pudding. You want roast chicken, here's your roast chicken. It was so simple it almost made you grin. You didn't even have to ask for the bed of dressing on which it slumbered.

Frances has moved into a bigger space across the street but nothing much else has changed. Nobody will look at you funny if you bring in the Sunday paper and spread it out. And breakfast? Talk about the breakfast. If a place doesn't advertise "Breakfast, Lunch and Dinner" and serve tuna melts, right away you figure they're covering up for something. 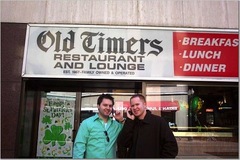 There's a place called the Old-Timer's Restaurant across the street from the Lake Street screening room in Chicago. I love that place. No fuss, no muss, friendly, the owner stands behind the cash register and chats with everybody going in and out. I've ordered breakfast at lunch time there. "You're still serving breakfast? I asked. "Hey, an egg's an egg."

I came across this sentence in its web review, and it perfectly describes the kind of place I like: " A Greek-style chow joint replete with '70s wood paneling, periwinkle padded booths, a chatty wait staff and the warble of regulars at the bar. Basically, if you've ever had it at any place that starts with Grandma's, Uncle's or any sort of Greek place name, you can find it here." Yes. If a restaurant doesn't serve tuna melts, right away you have to make allowances.

So that's what's sad about not eating. The loss of dining, not the loss of food. It may be personal, but for, unless I'm alone, it doesn't involve dinner if it doesn't involve talking. The food and drink I can do without easily. The jokes, gossip, laughs, arguments and shared memories I miss. Sentences beginning with the words, "Remember that time?" I ran in crowds where anyone was likely to break out in a poetry recitation at any time. Me too. But not me anymore. So yes, it's sad. Maybe that's why I enjoy this blog. You don't realize it, but we're at dinner right now. 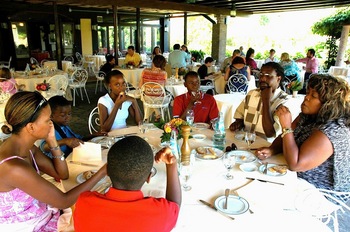 "Hurt Locker" wins 3 big ones from the major critics' group