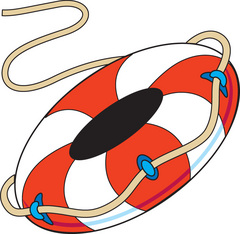 Having read through some 600 comments about universal health care, I now realize I took the wrong approach in my previous blog entry. I discussed the Obama health plan in political, literal, logical terms. Most of my readers replied in the same vein. The comments, as always, have been helpful, informative and for the most part civil. My mistake was writing from the pragmatic side. I should have followed my heart and gone with a more emotional approach. I believe universal health care is, quite simply, right.

It is a moral imperative. I cannot enjoy health coverage and turn to my neighbor and tell him he doesn't deserve it. A nation is a mutual undertaking. In a democracy, we set out together to do what we believe is good for the commonwealth. That means voluntarily subjecting ourselves to the rule of law, taxation, military service, the guaranteeing of rights to minorities, and so on. That is a cheap price to pay.

As I've read through of those comments (and I've posted all but two I received), one thing jumped from the page at me: The unusually high number of comments from other countries. Canadians were particularly well-represented. Although we're assured by opponents of the Obama legislation that Canada's system of universal care is a failure, all of these Canadians, without exception, reported their enthusiasm for their nation's system. One reader said her mother choose to fly to California to get a knee replacement more quickly, but even she praised the Canadian system.

They said reports of waiting times may be true with semi-elective surgeries, like hip or knee replacement, especially in more populous areas. But they're able to see a physician with a minimal wait in cases of need. They are treated quickly and competently, at very little cost other than personal expenses and the graduated scale of quarterly premium payments. Similar messages came from the UK, Ireland, the Netherlands, Sweden, Holland, Brazil, Argentina, Australia, South Korea, Japan, Greece and Germany. Everyone is pleased. 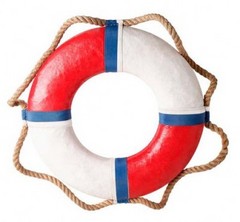 But that, too, is an argument to reason. What so many of these messages also made was an argument to morality. They were astonished that the United State is alone among all developed nations in refusing such coverage to its citizens. A Canadian wrote that it benefits his entire society that its citizens have access to universal care. By making preventative medicine freely available, it lowers the cost of chronic illness. By making early diagnosis possible, it prevents many diseases from reaching a fatal stage. By making mental health care and medication available to those who need it (and who are often unemployable), it avoids the American system where many such people are abandoned to the streets or to the care of their overtaxed families.

Many of my readers opposed the Obama plan, some of them in great detail. I will not try to simplify their arguments; you can read them for yourself. But here, in broad outline, are some of their most common statements, and my responses:

It is "socialized medicine." Yes, it is. The entire society shares the cost. It does not replace private medicine. Just as in the UK and Canada, for example, we would remain free to choose our own insurance policies and private physicians. But it is the safety net for everyone.

It is "socialism." Again, yes. The word socialism, however, has lost its usefulness in this debate. It has been tainted, perhaps forever, by the malevolent Sen. Joseph McCarthy, who succeeded somehow in linking it with the godless Commies. America is the only nation in the free world in which "socialism" is generally thought of in negative terms. The only nation in which that word, in and of itself, is thought to bring the discussion to a close.

It is wrong for ideological or philosophical reasons. Readers have written about their belief in Federalism, Free Market Capitalism, strict Constitutionalism, personal liberty, Libertarianism, and so on. To one of these readers I wrote something like: "Do you think your views on federalism will be of much interest to unemployed wage-earners unable to obtain coverage for their families?" To another, I wrote: "I hope your philosophy will be of comfort if you develop a serious illness."

Good health is a responsibility of the individual, not the state. One reader wrote that he doesn't smoke, drinks in moderation, watches his diet, and exercises regularly. I applaud him. Statistically, this promises him an extended life span. I have never smoked, haven't had a drink in 30 years, and walked an average of 10,000 steps a day for the five years before I underwent my first cancer surgery. A doctor once told me: "If you never get any other disease, sooner or later you will die of cancer."

My reader says he neither has nor desires insurance coverage. He will bank his premiums in a savings account dedicated to his own health care, instead of spending them on the care of anyone else. He must have no idea what it costs to have a serious illness in this country. It will take a lot of savings. I've been assured by some readers, however, that I'm a rich man and have no financial worries. 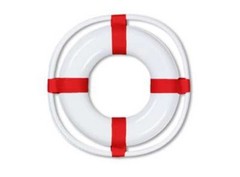 A guy gets run over by a bus.

Another guy runs over and says, "Oh my God! Are you comfortable?"

True enough, I've earned some nice money in my life--all by paycheck, which is no way to get really rich. Also, I had group health insurance plans through my unions at both jobs. They were good plans. But during the course four major surgeries--no, make that five--I maxed out one, and so much for that policy. I'm approaching the cap on the second. Most policies aren't unlimited, you know. Luckily, I now qualify for Medicare.

Federal Death panels would decide who lives or dies. This, very frankly, is a lie. The nearest thing we have to a death panel in the United States is an insurance company claims adjuster. Some readers wrote that they or their loved ones were denied tests or treatment by their insurance companies, especially in the case of "pre-existing conditions." One, who had a brain tumor, says he was denied coverage of the treatment by an adjuster, as if he'd known about the tumor at the time he took out his policy some time earlier. Think about this. Unless we die violently or in an accident, we all die of a pre-existing condition. The condition is called "life."

The Obama plan, in simplified terms, would make Medicare available to everyone. Yes, even the senior citizen at that Arizona town hall meeting who screamed at his congressman: "Keep the government's hands off my Medicare!" He didn't know Medicare is a federal program, and he didn't want to know. 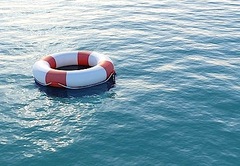 It seems to me that universal health care is a win-win proposition. It provides an umbrella of protection for those who cannot afford or qualify for health insurance. This helps us all. Every time you learn from the news about our latest jobless statistics, consider this: A newly jobless person who was insured through an employee health plan is about to become a newly uninsured person. It's for our mutual good that we live in a healthier society. To provide universal coverage is the moral thing to do.

I was informed that my entry was "typical liberalism." This is correct. I am a liberal. If you are a conservative, this appears to be a difference between us: I think you should have guaranteed health insurance.

31 When the Son of man comes in his glory, and all the angels with him, then he will sit on his glorious throne.

32 Before him will be gathered all the nations, and he will separate them one from another as a shepherd separates the sheep from the goats,

33 and he will place the sheep at his right hand, but the goats at the left.

34 Then the King will say to those at his right hand, "Come, O blessed of my Father, inherit the kingdom prepared for you from the foundation of the world;

37 Then the righteous will answer him, "Lord, when did we see thee hungry and feed thee, or thirsty and give thee drink?

38 And when did we see thee a stranger and welcome thee, or naked and clothe thee?

39 And when did we see thee sick or in prison and visit thee?"

40 And the King will answer them, "Truly, I say to you, as you did it to one of the least of these my brethren, you did it to me."

41 Then he will say to those at his left hand, "Depart from me, you cursed, into the eternal fire prepared for the devil and his angels;

44 Then they also will answer, "Lord, when did we see thee hungry or thirsty or a stranger or naked or sick or in prison, and did not minister to thee?"

"Whatever you do for the least of these..."

Next Article: A preview of Cameron's "Avatar"-- we find life, and go to war with it Previous Article: "Death Panels." A most excellent term.

A preview of Cameron's "Avatar"-- we find life, and go to war with it