Where I draw the line

It appears that not a single TSA agent has declined to perform a full-body pat down of airline passengers. That includes patting down small children. They're not patted down on a routine basis, but on some occasions they can be and they are. A child under 12, sometimes way under 12, may be required to remove outer clothing and be touched on such areas as the genitals.

Would you take this job? I don't believe I would. But it's worth reflecting that employment as a TSA agent is a good job in these hard times of high unemployment. The starting pay is $12.85 an hour, better than Wendy's for an employee who doesn't need a high school diploma. Wages go higher. The 40 hours of training are paid for by the government. Agents are given uniforms, badges, "a choice of health care plans," and power.

When they were first hired, the job consisted of looking at x-rays of hand luggage, passing a wand near a passenger, and watching them walk through a metal detector, and sometimes performing a non-intimate pat down. Now they have to look at x-ray scans of the bodies of every passenger boarding an airline. Those who refuse the scanners or otherwise raise questions are given a full-body pat down. Until recently this involved using the backs of the hands. Now it involves what can only be described as a tactful grope.

I don't want that job. I don't want to stand there and look at a man walking toward me whose genitals I must touch, however vaguely. I don't want to see a little boy, bawling his head off, whose parents have raised suspicions with the TSA and who therefore must have his wee-wee area checked. I would hate that job. It would be a torture. 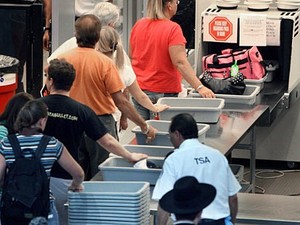 Thanksgiving is the busiest time of the year for air travel. The airports are jammed with non-frequent fliers, all in a hurry to get somewhere for the holiday. If they miss their flight, they lose their discount fare and don't get to see their loved ones. And I have to follow the letter of the law, because my supervisor is watching me with an eagle eye. He's at a much higher pay grade and his job depends on my job.

So I'm standing there, explaining to some guy why he can't be with his kid while the terrified kid gets his groin groped. He's always told the kid if anyone ever tries that, just call dad and he'll clock the son of a bitch. Now the kid is flying on an airplane for the first time, and daddy has been pulled aside by a man in a uniform, who must be a cop, and daddy and mommy may be arrested for all he knows, and another cop-looking man is feeling around down there, and daddy can't stop him. 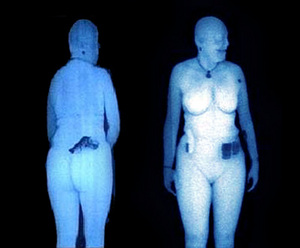 They say most child abusers were abused as children. Are some of these incidents traumatic enough for younger travelers that they could produce similar results? We're great in this country about doing things that are "good" for children. I had radiation beamed into my ear as a kid, to cure an ear infection, and look at me now. A small event in childhood can have a domino effect in your life.

So I'm this TSA agent, and what am I thinking? It's Thanksgiving. All I want to do is finish my shift and get out of this f**king place and get home to my family. It's winter. I need this job to put food on the table. These rich people fly everywhere and I've hardly been on a plane, and they don't know how good they have it. That's what I'd be thinking. 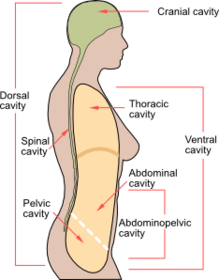 I'm almost always treated kindly by TSA agents. Let's face it. In Chicago especially, they know who I am. Nobody any more ever says to me, "You know who you look like?" I look like Roger Ebert, the guy with the missing jaw and the bandages around his neck, that's who I look like. They don't give me a pass, but they're nice. I go through the machines and get the pat down. At Palm Springs airport not long ago, a TSA agent was eyeing the gauze around my neck suspiciously. I made a mental note: Tell Chaz to bring along gauze and tape in case the bandage is removed and has to be replaced. Because if I look like the Phantom of the Opera now, you don't want to see me with my bandage off.

Meanwhile Chaz and Millie, my care provider, are trying to get through security with my medicines, my cans of liquid food, stuff like that. They have a letter from the doctor, but usually the TSA supervisor has to be called over. I understand that. My policy is to cooperate, because these are not evil people and they're only trying to do their jobs. Only once have I been called aside for a private interview. That was many years ago at London Heathrow. Two officers materialized beside me at Passport Control and invited me to accompany them. It turned out they thought I might be Carlos the Jackal. In those days I guess we looked a little alike. He was heavy-set for a jackal. 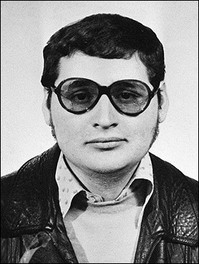 But wait a minute. How did we get into this dilemma? After 9/11 there was a perfectly logical fear of terrorism. Security checks were ramped up. They kept ramping. Every time there was a loophole, it was closed. An asshole named Richard Reid put a bomb in his shoe and now we all have to take off our shoes. An asshole named Umar Farouk Abdulmutallab put a bomb in his underwear and now we get our netherlands plundered. Even though the scanners cannot see items concealed in body cavities. We don't yet have to bend over and spread our cheeks. Just two days ago John Pistole, chief of the TSA, explained that although a bomb could perhaps be concealed in a body cavity, it would require an exterior triggering device. Think about that and see if you can spot the loopholes. I can.

I think on this day, for the first time in my life, I can speak for all of America and perhaps for all of mankind, when I say that if proctological examinations ever become part of airport security, that's where I draw the line.

Are we doomed to submit to humiliation every time we fly? Perhaps you can argue that the terrorists have won a victory just because of the cost and nuisance of airport security. Not exactly. They have generated vast numbers of jobs for security agents, and inspired millions of dollars in contracts for scanning machines and so forth. Indeed companies have spent fortunes to lobby for their machines to be required. One of the big supporters of scanners is Michael Chertoff. Under his face on the news it always says, "Former U.S. Homeland Security chief." It should say, "Board Member of Companies Selling Scanners." 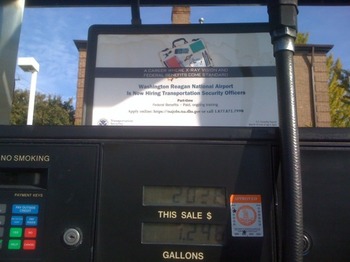 Would terrorists actually use three-year-old children to carry a bomb on an airplane? Of course they would. They'll all go to heaven. The insane cult to which they belong considers individual lives insignificant compared to the Cause. This insanity is not limited to any particular cult. I'm watching the new movie about Carlos, of all people, who was quite comfortable with firing missiles at airplanes, as was the Red Army of Japan. In this country, some abortion protestors think they have the right to kill doctors. On the left there was the Unibomber and on the right the Oklahoma City bomber. There are few things more dangerous than an idealistic fanatic.

And now we come around again to the TSA. We have created a new federal agency with uniforms, badges, a hierarchy, and a justification for its existence. We are stuck with it. Americans will put up with almost anything in the name of anti-terrorism. But it turns out we draw the line at having our genitals groped in a public place by strangers. And keep your goddamn hands off our kids.

Once, some time ago, during another time of economic downturn, a president named Roosevelt created a federal program called the Works Progress Administration. It hired unemployed people to construct buildings, dams, roads, river works, ports, bridges and schools. Is there any possibility of a program like that today? Not a dream. That would be "socialism." You can't have the federal government spending our tax dollars to fund public works. But spending them to grope our genitals? Why, that's different. It's a matter of principle.