When a movie hurts too much 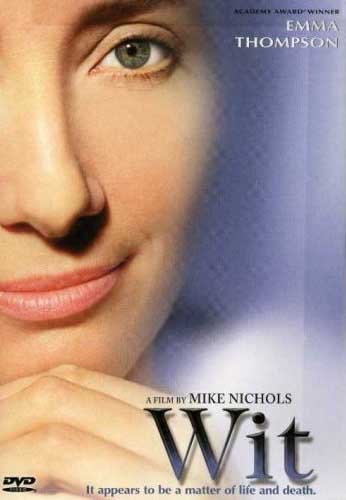 The blog entry "In Search of Redemption" inspired an outpouring of reader comments remarkable not only for their number but for their intelligence and thought. It became obvious that many of us go to the movies seeking some sort of release or healing. Many of you mentioned titles that especially affected you; two of my most-admired films, "Hoop Dreams" and "Grave of the Fireflies," were frequently listed. You all had your reasons. Now Ali Arikan, a longtime contributor to this site, has written me about why he was so affected by a relatively unlikely title, "The Out-Of-Towners" (1999). His reasons were personal; he can post them below if he chooses to. But in connection with his explanation, he quoted the first paragraph of one of my reviews.

It was for "Frequency" (2000), Gregory Hoblit's movie about a man who uses a freak of his dad's old ham radio to be able to talk to him in the present, even though he was a child when his father died. Here is my first paragraph:

Yes. I still have the tape, and I still feel that way. But in connection with movies, I didn't think my emotions ever ran that strongly. Then I had a striking experience. In connection with the Great Movies project, I settled down to watch a relatively recent film I thought was a likely prospect, Mike Nichols' "Wit" (2001). It was a made-for-HBO film, and although we reviewed it on the TV show and I picked it as one of the year's best films, I had never published a written review because it never opened theatrically. This would be my chance.

Made for HBO, "Wit" is a drama both intelligent and heartbreaking, starring Emma Thompson as a woman dying of cancer. She is an English professor who filters her own suffering through the disciplines of the poetry she loves. She was always a proud, independent woman who stood apart from others--and now, at the end, she is alone. The movie is merciless in showing how hospital routine robs her of her dignity. And awesome in the way she struggles with every ounce of her humanity to keep her self-respect. "Wit" was based on a play by Margaret Edson, and was directed by Mike Nichols, who wrote the screenplay with Thompson. If "Wit" had qualified in theaters, Thompson would certainly get an Oscar nomination for her best work on film.

I inserted the DVD in the machine, pressed "play," and settled back to watch it. The first shot is a close-up of a man's face, a doctor, who tells someone she has advanced ovarian cancer. The next shot is a close-up of the woman he is speaking to, saying "yes?" or "and?" I forget which. I turned off the TV. I realized I actually could not watch the movie.

I remembered it too clearly, perhaps, and dreaded re-living it. When I reviewed it, its situation was theoretical for me, and I responded to the honesty and emotion of the drama. Since then, I have had cancer, and had all too many hours, days and weeks of hospital routine robbing me of my dignity. Although people in my situation are always praised for their courage, actually courage has nothing to do with it. There is no choice.

I used to smile at reader letters saying things like, "My husband is sick and I need a movie to cheer him up." I doubted the Norman Cousins theory that laughter is curative (I still do). The experience with "Wit" was a revelation. Yes, movies can be immediate and real to us--sometimes too real. Sometimes they record events we do not want to experience, or remember. It is a tribute to their power.

I have been watching a lot of Ingmar Bergman. Last night I finished "The Passion of Anna" (1969). My original review is missing, but it was on my "best 10" list for the year, so I gave it full honor. Have you seen it? It is avant-garde in some of its devices, such as cutaways to the actors discussing their characters. Astonishingly well-photographed by Sven Nykvist. Some of the best work ever done on screen by Liv Ullmann and Max von Sydow, and Bibi Andersson. And filled with deep, soul-lacerating anguish. But I could admire it, empathize with it, and not shrink away from it, because it was all happening to them. When it happens to you, that's another matter.