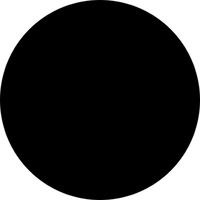 It's all coming to pieces, isn't it -- the world we live in, the continuity we thought we could count on, the climate, the economy, the fragile peace. The 20th century was called "the American Century," with some reason. I do not believe the 21st century will belong to anybody, and it may not last for 100 years of human witness. There are nuclear weapons in the Middle East and on the Indian subcontinent, and if one is used, more will follow and who can say when the devastation will end?

The weather is unhinged. It is no longer a question of global warming. It is a question of what in the hell is happening? I do not have to rehearse for you the details of this horrible American autumn, and a winter not yet half over. The tornadoes, the hurricanes, the floods, the blizzards, the wild fires, the heat waves, the water shortages, the power blackouts. The White House declares "a state of emergency" and the federal government sends money. How many states of emergency are we still in? How much more money is there?