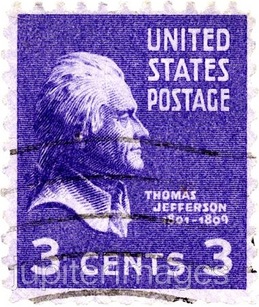 Do the schoolbook publishers of America have standards? Courage? Ethics? In what sense do they stand behind their product? For "product" they sometimes produce, and not textbooks in the traditional sense. I ask these questions for a reason.

Right-wingers from Texas will be deciding what will be added and taken out of the textbooks of America's school children. They form the majority of the 15-member Texas State Board of Education. They believe current textbooks are slanted toward a liberal viewpoint, and that discussion of Darwin's Theory of Evolution, which one member describes as "hooey," wrongly excludes a consideration of Creationism.

"Teaching the controversy" about Evolution versus Creationism is of course the Wedge Strategy of the Discovery Institute, an Intelligent Design publicity organization in Seattle. Having failed in the courts to get Creationism into schools as a legitimate area of science, they created a "controversy" about the most thoroughly confirmed theory in the history of science. Now the Texas Schoolbookers are using the strategy to make openings for other political beliefs dear to the Right.

Well, what's wrong with that? Left and Right work together to create American history, after all, in the open marketplace of ideas. True. But how do you feel about Ralph Nader being taken out history books and Newt Gingrich being added? The Confederacy seen in more positive terms? Or that the Texas board's review panel doubts that such "minority figures" as Cesar Chavez, Justice Thurgood Marshall and the Rev. Martin Luther King Jr. need to be included.

Are they indeed, "minority figures" at all? In 2009, the U. S. Census Bureau noted, 47.4% of Texans were white. The majority consists of Hispanics, blacks and Asians. Cesar Chavez and Martin Luther King Jr., might have more significance for students than two figures the rightists would like to include, Phyliss Schlafey and the "vindicated" Sen. Joseph McCarthy.

These people, chosen by an inattentive electorate, could decide on the schoolbooks in Texas. What are their credentials? They need only to have been elected to the board. For the Washington Monthly, Mariah Blake journeyed to a suburb of Bryan, Texas, to interview Don McLeroy, a leader of the ring-wing bloc on the Board of Education. She wrote:

When he greeted me at the door one evening last October, he was clutching a thin paperback with the skeleton of a seahorse on its cover, a primer on natural selection penned by famed evolutionary biologist Ernst Mayr. We sat down at his dining table, which was piled high with three-ring binders, and his wife, Nancy, brought us ice water in cut-crystal glasses with matching coasters.

Then McLeroy cracked the book open. The margins were littered with stars, exclamation points, and hundreds of yellow Post-its that were brimming with notes scrawled in a microscopic hand. With childlike glee, McLeroy flipped through the pages and explained what he saw as the gaping holes in Darwin's theory. "I don't care what the educational political lobby and their allies on the left say," he declared at one point. "Evolution is hooey."

This bled into a rant about American history. "The secular humanists may argue that we are a secular nation," McLeroy said, jabbing his finger in the air for emphasis. "But we are a Christian nation founded on Christian principles. The way I evaluate history textbooks is first I see how they cover Christianity and Israel. Then I see how they treat Ronald Reagan--he needs to get credit for saving the world from communism and for the good economy over the last twenty years because he lowered taxes."

One of the changes McLeroy would like to see is an upgrade of Ronald Reagan in the textbooks, and a downgrade of Franklin D. Roosevelt. And while they're at it, studying the inaugural speech of Jefferson Davis alongside that of Abraham Lincoln. Also, less emphasis on the melting pot. Of the current textbooks, McLeroy says: "Instead of the American way they want multiculturalism."

He and his allies proposed a series of amendments to the Texas curriculum standards that "require science textbooks to address the strengths and weaknesses of scientific theories, including evolution." Fair enough? Of course the presumption is that the weaknesses are with evolution, which can't stand up to a literal interpretation of the Bible. "Whoo-eey!" he told Mariah Blake, "We won the Grand Slam, and the Super Bowl, and the World Cup! Our science standards are light years ahead of any other state when it comes to challenging evolution!"

As goes Texas, so goes the nation. The Texas State Board of Education influences the content of textbooks used in the state, and Texas is the second largest state market for textbooks in America. First is California, but the California fiscal crisis has led to a decision to put off textbook purchases until 2014. Therefore, major American textbook publishers must follow the Texas standards or lose their most important market.

Many of us may naively believe that textbooks are written by teachers and authors with a sound knowledge of their fields, and vetted by conscientious publishers. That's not necessarily true. On Edutopia.org, the site of the George Lucas Educational Foundation, a San Francisco writer named Tamim Ansary wrote that soon after he went to work as an editor of a major educational publisher:

Do publishers play along with this? By all reports, apparently so. There are 4.5 billion dollars in play in the schoolbook market, and executives cannot refuse to maximize their share. Their own standards, if any, seem irrelevant. If it means more sales, they are perfectly willing to publish books pleasing to Don McLeroy.

I got a hint of things to come when I overheard my boss lamenting, "The books are done and we still don't have an author! I must sign someone today!" Every time a friend with kids in school tells me textbooks are too generic, I think back to that moment. "Who writes these things?" people ask me. I have to tell them, without a hint of irony, "No one."

In fact most of these books fall far short of their important role in the educational scheme of things. They are processed into existence using the pulp of what already exists, rising like swamp things from the compost of the past. The mulch is turned and tended by many layers of editors who scrub it of anything possibly objectionable before it is fed into a government-run "adoption" system that provides mediocre material to students of all ages.

Why must this be so? Certainly most parents expect their children to be taught from textbooks reflecting the current state of knowledge in each subject. They have no interest in religious beliefs such as Creationism being introduced into the curriculum. If they did, they might choose to send their children to church schools. The separation of church and state is enshrined in the Constitution. But in Texas, not everybody is so sure about that. Indeed, Thomas Jefferson, who first wrote the phrase "separation of church and state" in 1802, has fallen into disfavor.

Look what happened just two weeks ago. The New York Times reported that the Christian right bloc "managed to cut Thomas Jefferson from a list of figures whose writings inspired revolutions in the late 18th century and 19th century, replacing him with St. Thomas Aquinas, John Calvin and William Blackstone. (Jefferson is not well liked among conservatives on the board because he coined the term "separation between church and state.")" The Board also turned back an attempt to require "students learn that the Constitution prevents the U.S. government from promoting one religion over all others."

I have a simple proposal. More enlightened states should refuse to play along. Their State Boards could require generally-accepted educational standards, and vote against purchasing the corrupted Texas texts. This would have the result of limiting the influence of the Texas religious right over the rest of the country. And it would allow publishers to cling to a certain degree of self-respect.

Does it make me a liberal if I believe Jefferson has been more central to American history than Calvin? That Lincoln was our greatest president, and Davis not our President at all? That the Theory of Evolution towers with majesty above those who, in some cases, believe the earth may be 10,000 years old, and that men walked the earth with dinosaurs? No, it doesn't make me a liberal. It makes me an educated, rational being. Unfortunately, in some precincts of Texas that may appear to be nearly as bad.