The ten best animated films of 2009 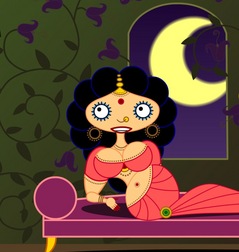 True, the once neglected art of animation has undergone a rebirth in both artistry and popularity. Yet having escaped one blind alley, it seems headed into another one: The dumbing-down of stories out of preference for meaningless nonstop action. Classic animated features were models of three-act stories: Recall "Snow White and the Seven Dwarfs" or "The Lion King." The characters were embedded in stories that made sense and involved making decisions based on values. Now too many stories end in brain-numbing battles, often starring heroes the age of the younger audience members. Here is no food for growth and for the imagination, just brainless kinetic behavior.

The year saw more animated films intended instead for adults, and a film like "Waltz with Bashir" used the freedom of the form to show matters unthinkable in a live action feature. Several of these films were true crossovers, truly freed from the demographic vise. Audiences, having grown up with animation, no longer make the mistake of thinking of it as a medium for children.

The other problem came for me with the widely-heard prediction that all animated features in the future would be in 3-D. I hope not. The illusion of dimension in 2-D is usually more convincing than in 3-D, because that's how our eyes read information. Artificial focal lengths throw us off. Above all, films that project images toward the audience are disturbing. Few directors show discipline in using dimensions; at year's end, James Cameron indeed demonstrated an understanding of the medium with "Avatar," which in a majority of its CGI scenes was as much an animated film as "Snow White."

The year's 10 best were all good films, but not in all cases deserving four or even three and a half stars. Still, tradition enforces a list of ten, and these were the ten:

"Disney's A Christmas Carol." Robert Zemeckis, whose "Polar Express" and "Who Framed Roger Rabbit" were delightful, creates a fantastical vision of the familiar Dickens tale. The Ghosts of Christmas have never seemed more haunting, and Ebenezer Scrooge never thinner, more stooped, more bitter. Zemeckis places these characters in a London that twists and stretches its setting to reflect the macabre mood. The visual imagination involved is remarkable. 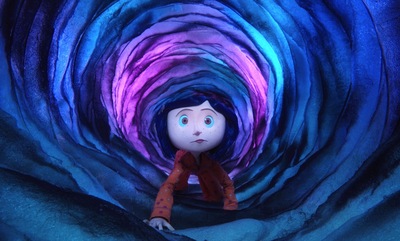 "Coraline." By Henry Selick, who made "Tim Burton's The Nightmare Before Christmas" and again combines his mastery of stop-motion and other animation with 3-D. Coraline is not a nice little girl and is rude to her parents, but once she enters that mysterious little door in the wall, she finds herself in a world that teaches her to envy her own. A distinctive visual style and great imagination combine with the deliberate oddness of the animation to create an eerie effect. The story is unusually pointed: You see what can happen to rude little children. 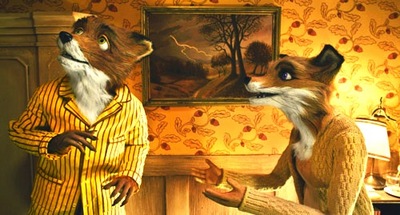 "Fantastic Mr. Fox." In an age of limitless computer-generated images, the next of the year's best animated features also uses the stop-action method that reaches back to "King Kong" and before. Wes Anderson's landscapes and structures are picture-booky. Yet the extraordinary faces of his animals are almost disturbingly human (for animals, of course), and you feel as if Mr. Fox's fur is strokeable. The film tells a fable about a reformed chicken thief leading a war with the farmers. 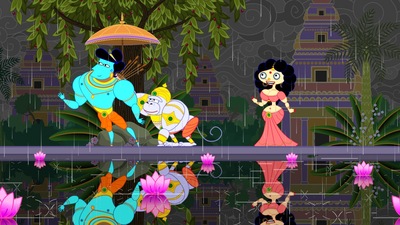 "Sita Sings the Blues." Animated features are an expensive, high-stakes medium, but a visionary named Nina Paley staged an end run around the big guys with this enchanting feature made at home on her own computer. She combines the epic Indian tale of Ramayana with the 1920's jazz vocals of Annette Hanshaw, and this not only works, but seems inevitable. Failing to obtain the rights to the long-unavailable recordings, she outsmarted the system by giving the film away--and made money doing it! You can view it free at her site. 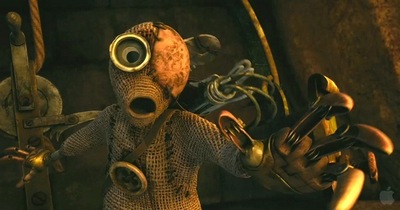 "9. " A devastating war is survived by humanoid little rag dolls with binocular eyes. Led by the brave #9, the others venture out into a frightening post-apocalyptic world and do battle with the fearsome Beast, left behind by the horror. An intriguing beginning, too many pure action scenes toward the end for my taste, but delicate artistry by filmmaker Shane Acker, who first imagined this world in a student film which won an Oscar in 2006. 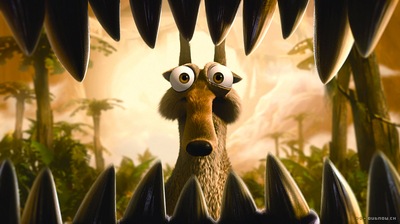 "Ice Age: Dawn of the Dinosaurs." The best of the three films about the inter-species herd of plucky prehistoric heroes. Uses a masterstroke that essentially allows the series to take place anywhere: There is this land beneath the surface of the earth, you see. Scratt the sabre-toothed squirrel pairs with the comely Scrattè, and Sid the Sloth adopts three dinosaur eggs and plans to raise the babies, which is asking for trouble. Carlos Saldanha, writer of the 2002 film, is the director, and some of his sequences are in the spirit of the brilliant Scratt-and-acorn scene that opened the first "Ice Age." 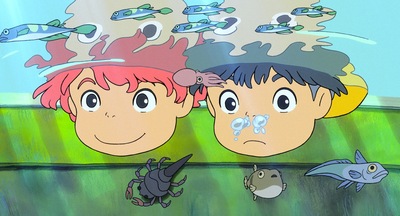 "Ponyo." The word to describe "Ponyo," is magical. This poetic, visually breathtaking work by the greatest of all animators, Hayao Miyazaki, has deep charm. It involves a friendship between a 5-year old living at the seaside, and a goldfish who magically turns into a playmate. But the fish's crossing from sea to land triggers a tsunami. The two make a dreamlike journey among flooded treetops in a small boat: One of Miyazaki's most beautiful scenes, and the opening is another. 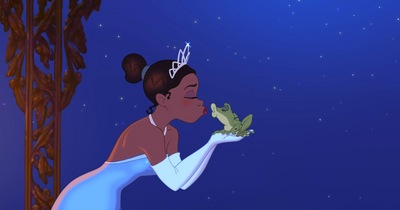 "The Princess and the Frog." The opening scenes are like a cool shower after a long and sweaty day. This is what classic animation once was like! No 3-D! No glasses! No extra ticket charge! No frantic frenzies of meaningless action! And . . . good gravy! A story! And one starring the first african-American heroine in the genre. A young New Orleans girl named Tiana is cherished by her parents, but her father goes off to the First World War and doesn't return. The brave and resourceful Tiana holds fast to her dream of opening a restaurant and serving up her dad's gumbo. Real substance. 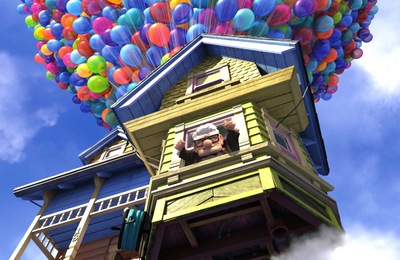 "Up." Pixar's latest success began with a grumpy old man who tied balloons to his house and is astonished to float away to South America, where he encounters a reclusive old air explorer. A young boy is a stowaway, and they have exciting adventures and meet strange creatures, but the film also has a meaningful undertone, and opens with an extraordinary sequence summarizing the youth and early romance of the crabby old Carl. 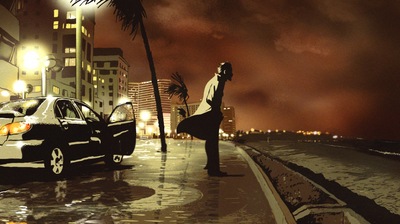 "Waltz with Bashir." A devastating Israeli animated film that tries to reconstruct how and why thousands of innocent civilians were massacred because those with the power to stop them took no action. The event took place during the 1982 invasion of Lebanon. The victims were in Palestinian refugee camps. They were killed by a Christian militia. Israelis were in nominal control of the militia, but did not stop the massacre. Ari Folman's film uses flashbacks as witnesses try to assemble their fragmented memories of the day.