The storyteller and the stallion 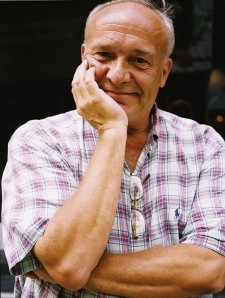 Bill Nack is a born story-teller. The author of the biography Secretariat has enveloped me time and again in the fascination of his tales. That process began nearly 50 years ago at the University of Illinois, when we were both working on The Daily Illini. I was the editor, he was the sports editor, and then the following year he was the editor. He was also a natural writer -- and, perhaps more significantly, a natural reader. His taste was persuasive.

He approached literature like a gourmet. He relished it, savored it, inhaled it, and after memorizing it rolled it on his tongue and spoke it aloud. It was Nack who already knew in the early 1960s, when he was a very young man, that Nabokov was perhaps the supreme stylist of modern novelists. He recited to me from Lolita, and from Speak, Memory and Pnin. I was spellbound.

He knew by heart "The Love Song of J. Alfred Prufrock." We went together to hear Robert Frost read his poems in the University Auditorium, and he still does his impression of Frost being just a wee bit snarky about Carl Sandburg.

Having such a memory is invaluable for him as a sports writer. He knows the names of all the horses and all the boxers and their important races and fights. He has been honored with the most important awards by his colleagues among turf writers and boxing writers; the latter gave him their A. J. Liebling Award, which isn't given just any old year.

It was a puzzle to me that he became a sports writer. I remember one night I was at dinner at his house out on Long Island with his children, his first wife Mary (my Urbana High School classmate) and Mike McGrady, the film critic of his newspaper, Newsday. I told him he was destined to be a novelist or short story writer, but lacking that, he should have stayed with his original beat at the paper, politics.

"I told the editor I was tired of writing about politicians," he explained. "I wanted to write about the whole horse." 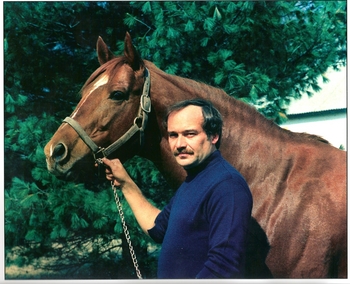 Write he did. For nearly 25 years he wrote for Sports Illustrated, most of them as Senior Writer. It's fair to say that his articles transcended the genre and often qualified as literature -- just as the writings of his heroes Mencken, Liebling and Orwell did. I sat at a reading in the Boulder Book Store once, and he read his article about a filly who broke her leg during a race, and several of his listeners wept. I refer not to a few tears and a sniffle, but to weeping.

The book he read from was his collection My Turf. In it you will find not the day-to-day, game-to-game, statistic-to-statistic coverage typical of so much sportswriting, but stories of human beings and, of course, horses. Bill is a long-form writer, concerned not with who won the game but what it meant in the lives of those involved -- how the game reflected on their dreams, frailties and friendships, and on the lives of others who invested it with importance. Bill is not star-fixated; he has a loving eye for the people around an athlete, all with their own agendas. 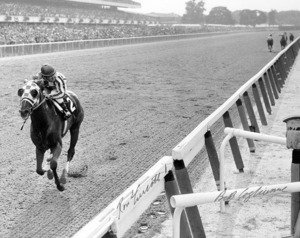 He has a gift for finding a great story in an obvious place where no one saw a story before. I remember him years ago on the phone, wanting to get in touch with Studs Terkel. He had set himself the task of writing a story about the famous Long Count in the rematch between heavyweight champ Gene Tunney and Jack Dempsey on Sept. 22, 1927, in Soldier Field in Chicago. The details involving the count and the rules of that match remain controversial to this day.

Bill's idea was to interview every living person he could find who had actually been in Soldier Field to witness that fight. He guessed that Studs might have been there, or knew people who were. My guess was that Bill wasn't interested in the Long Count so much as in the witnesses.

Films existed of the fight which, analyzed in Zapruderian detail, had more or less resolved the question. But what did it feel like that day to a person in Soldier Field? How did the memory of the fight linger? What happened to such defining moments as they were marinated by time? The ability to see that there was a story there helps explain why Nack is a great writer.

We saw each other over the years, or talked on the phone, and Nack would tell me about the horse named Secretariat. He published the first edition of his book. It was hard for me to deal with because, well, who would want to read a book about a horse? And why would Bill Nack, the connoisseur of Nabokov, want to write it? It is to Nack's credit that he sensed my reservations and remained my friend and confidant. And gradually I came to see that Secretariat was more than a horse, just as the Long Count had little to do with the numbers between one and ten. 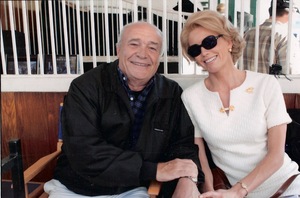 He called thrilled that his book about Secretariat was being made into a movie. He called to ask me what I thought about the casting of Diane Lane (above) as Penny Chenery, the horse's owner. I said I knew little about Chenery but having met Diane Lane at 18 and followed her career through the years, her casting had to be good news for the movie. I got reports of Bill on location, and knew him well enough to guess that the combination of horses and movies would be elating for him. A movie shoot is like the training period for a horse. You have the money people, the owners, the director as the trainer, the star as the horse, and then on opening night you have the Derby.

We never spoke about the finished film. I went to see it, and I loved it. Did I have a conflict of interest in writing my review? Of course I did. Bill would be the first to agree. Was that going to prevent me from writing my review? No way in hell. I declared our friendship in the second paragraph, and got on with it. It's a damn fine movie. It delivers what it promises to deliver. Audiences know how the races turned out but applaud all the same. There was a bizarre review plundering it for hidden meanings, but nothing in this movie was hidden.

I heard at second hand a comment by Penny Chenery (below) This did not come from Bill. It came from a man standing in line at the parking ticket machines at the multiplex where I saw the film. He said he knew Mrs. Tweedy because he -- well, he knew her. She loved the film He asked her how closely it followed the facts in terms of her family and so on. She explained: "It's a Disney movie." 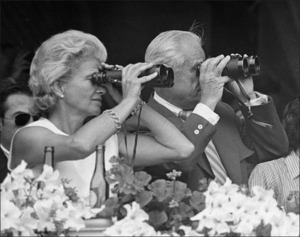 A few years ago I dreamed up a new occupation for Nack. He would give readings from the literature he loved. I knew a few places that were naturals. I proposed him as a speaker at Rancho la Puerta in Tecate, Mexico, which is a spa and yet so much more than a spa, more of an affirmation of life. I had come to know Carolyne Starek, Bill's lovable second wife, and suspected she would enjoy a week at a spa, but that Bill would probably envision spandex spa bunnies and woo-woo. Rancho is possibly the only spa where a boxing writer would feel at home. The evening talks at Rancho are about real topics, by real people.

I came up with a title, "A Concert in Words," and proposed it to Rancho. In the soft late twilight of a summer night, Bill stood in front of the lectern and performed some of his favorite readings, and a spell was cast. He has been back several times, a great favorite. I also proposed him to the Conference on World Affairs at the University of Colorado at Boulder, where he is beloved after a decade not only for his readings but for his participation on panels on all sorts of subjects, because at CWA you don't lecture on your specialty but have conversations, ad lib, about ideas. That format sheds light on the beauty and complexity of Bill's mind. 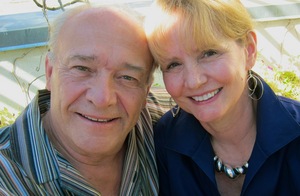 He is a gentleman and a romantic. He is the only sportswriter I have never heard tell a dirty joke. He is poised always at the edge of the water, his eyes on the green light at the end of Daisy's pier, which for him symbolizes not a woman but Truth, Beauty and Grace. One day the light reached out to him, and Bill and Carolyne (above) found each other, and seem blissful together. She was a star elementary school principal for nearly 20 years---later a consulting principal who mentored rookie principals and those whose schools were underperforming---for the Montgomery County School District in Maryland. My wife Chaz told Carolyne the other day that Bill needed a principal. She was kidding, but Bill agreed: "I needed Carolyne to calm me down and provide some direction. Before I met her, I was a crazy man. Well, not crazy -- but spinning everywhere, like a Frisbee."

Bill and Carolyne visited us last week, and I asked him to sit down and simply talk to me about Secretariat. This was not an interview. It was story telling. And then we walked over to the Lily Pond in Lincoln Park, and sat in its little shelter, and Bill performed for me yet once again the closing words of The Great Gatsby. He looked out over the water. There isn't a lot of water. It's just a lily pond with lily pads and a few intent ducks and a little waterfall. But as he spoke, I imagined that in his eyes I could see his vision of the orgastic future that year by year recedes before us. It eluded us then, but that's no matter -- tomorrow we will run faster, stretch out our arms farther... And one fine morning -- 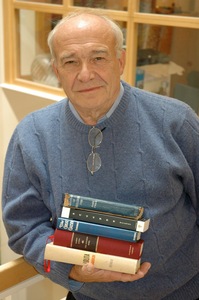