The quantum theory of reincarnation 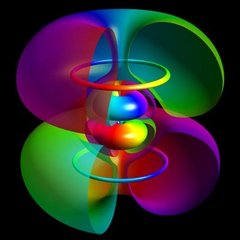 If you want to see fear in the eyes of a quantum physicist, mention the word "measurement." -- Folk saying

Is reincarnation possible from a scientific, rationalist point of view? For my purposes today I'm going to argue that it is. We will never, however, be aware of it, and indeed "we," as we like to think of ourselves, will be completely out of the picture. I'm going to approach the problem from the point of view of quantum mechanics--a field about which I understand almost nothing, although discussing it permits others to assume I have gone mad.

Let's begin, for the sake of argument, by saying that when you get right down to the bottom--under the turtles--everything, and I mean Everything, consists of quantum particles. These particles can as well be in one place as another, even at the same time. As Wikipedia informs us: The Everett many-worlds interpretation, formulated in 1956, holds that all the possibilities described by quantum theory simultaneously occur in a "multiverse" composed of mostly independent parallel universes.

The crucial word here is "simultaneously." I take it to mean that Everything can be thought of as being in no particular place at any particular time. If you choose to think of it that way, be my guest. Whatever you think will be sublimely irrelevant, because places and times are concepts we bring with us to the quantum level. They do not seem to exist there. Or if they do, they are created only in the act of our applying them, and our measurements have meaning to us but not to them.

Readers who are informed on this subject will have already stopped reading. Some may have been seized by helpless laughter. Disregard them. They're gone. I am writing for the rest of us. Experts have had decades to make this clear. Now it's up to us to do the heavy lifting. Please don't repeat that tired old meme about how I shouldn't believe everything I read on Wikpedia. It knows a damned sight more than I do. 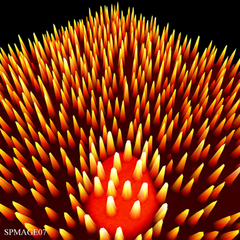 Now, then. If Everything consists of quantum strings, then what, you may well ask, is a quantum string? Here Wikipedia is a model of clarity: A string is one of the main objects of study in string theory, a branch of theoretical physics. There are different string theories, many of which are unified by M-theory. A string is an object with a one-dimensional spatial extent, unlike an elementary particle which is zero-dimensional, or point-like.

And what is one dimensional, as opposed to zero dimensional? My layman's rule of thumb is that if something has no dimensions, then it is nothing. Obviously I am naive. So let's turn to one-dimensional strings, which now seem as tangible as a cantaloupe compared to zero-dimensional particles. At least there is something there. It is, as you may have guessed, very small. It is no larger than the Planck length. What size is a Planck length? I quote: Current theory suggests that one Planck length is the smallest distance or size about which anything can be known.

In other words, if they ever find something smaller than the Planck length, then that will be the Planck length. When we layman refer to something's "distance or size," we think we are describing two different things, i.e.: The large dog is ten feet away from me. No, that would be its distance and size. At the quantum level, distance and size might as well be each other. To cut to the chase: Everything could well by anywhere, and at the same time. 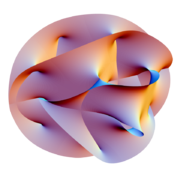 This begins to sound suspiciously like the Ether, defined by medieval magicians as a fifth element flowing through the universe. We learn from the philosopher of Magick Matthew Rees: Ether is very versatile and can be transformed into matter, energy or even essence by spells... a spell does not detect the *presence* of ether, since ether is everywhere; rather it detects disturbances in the pattern or flow of ether.

These disturbances sound something like the gravitational effect by which quantum particles are said to make their presence known. If the Ether can be transformed into either matter and energy, then magicians were there before Einstein, and E=m2 can be thought of as a spell. Both quantum particles and the Ether can be considered in general terms to be that which is everywhere and Everything.

Now we get to my point. You may have seen this coming. We, ourselves, consist entirely in and of this material. Our identities, our names, our personalities, our beliefs, opinions, senses of humor--indeed, what we think of as our minds. We consist of one-dimensional bits of the cosmic total. And we might just as well be different bits--elsewhere--because the "self" is essentially an organizing principle which we have imposed upon this chaos. If you were to stand back far away from us, we would appear to be a no-dimensional point, but as you draw closer, we are revealed to be a great deal more than that. 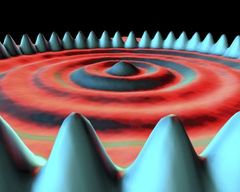 Therefore, our identities were assembled from this quantum material, or Ether, by the organizing principle of our conception of ourselves. We bring ourselves into being. Our consciousness is the gravitation. We came from whirling nothing, we return to whirling nothing. The dust we came from and the dust to which we return are not really there, but thinking makes it so.

These bits might as comfortably be at the other end of the universe as where they are. Only by the act of regarding them do we hold them together. You assemble your bits, I assemble mine, and when we cease thinking they all fly back into the general pool of Everything, Everywhere. So you and I temporarily consist of ourselves, and someday may well consist of other selves. We will be back, but a precious lot of good it will do us, because we won't know it. So, yes, reincarnation is possible from a rationalist, scientific point of view. We have been and will be reincarnated as part of the vast store of everything there is. We will be suns, moon, stars, rain. Look for us in the weather reports.

If I seem to be closing on a somewhat vague note, consider my difficulties in determining where to stand and what to regard. I am inside my mind--trapped here, for as long as I can remember. The fact that you exist is only hearsay evidence. It makes life more interesting for me to think so. I would not want my mind to experience only an infinitely spinning formless void, when it is better employed by thinking of Meryl Streep.

But the puzzle is, what reality does Everything have, apart from my thinking of it? When I knock my funny bone and see stars and pass out, what happened in my absence? How do I know? I leave you with a comforting passage from Wikipedia:

Once a measurement is done, the measured system becomes entangled with both the physicist who measured it and a huge number of other particles, some of which are photons flying away towards the other end of the universe; in order to prove that the wave function did not collapse one would have to bring all these particles back and measure them again, together with the system that was measured originally. This is completely impractical, but even if one could theoretically do this, it would destroy any evidence that the original measurement took place (including the physicist's memory).

That's certainly something to think about.

What is quantum tunneling?

The wristband that establishes your place in time and space