The error of political prayer 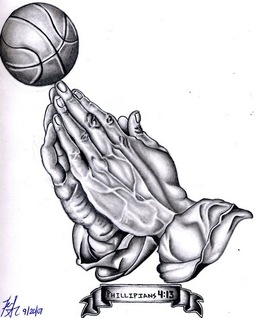 It fills me with misgivings when a possible Presidential candidate warms up by running a "prayer rally" in a Texas sports stadium.

A prayer "rally?" I can think of words like gathering and meeting that might more perfectly evoke the spirit. Prayer rallies make me think of pep rallies. Their purpose is to jack up the spirits of the home team and alarm the other side.

Of course the other side has its own pep rallies, presumably leaving it to God to choose sides. That is why team prayers before a game strike me as somewhere between silly and sacrilegious. No infinite being can possibly care if Illinois beats Michigan. No God worthy of the description intervenes in the drift of a field goal kick.

It is sometimes said America was founded as a Christian nation. It was specifically not founded as a Christian nation, or the nation of any other religion. The founding European settlers were refugees from Christian nations, and had experienced quite enough at the hands of state religions. The separation of church and state is central to our democracy. It is impossible to conceive of any of the Founding Fathers approving of prayer rallies in connection with political campaigns. That is equally true of Fathers who were Catholic, Protestant, Jewish, atheist, deist or agnostic.

The rally convened by Texas Gov. Rick Perry was, like many such meetings, a free concert featuring rock and C&W singers. If prayer and only prayer has been offered, the attendance, I suspect, would have been smaller. Its purpose was achieved not so much inside the stadium as outside--so that they could pray horizontally at us.

Such prayer strikes me as unseemly. Your religion is a matter between you and the god of your definition. The eagerness to convert outsiders strikes me as one of the aspects of a cult. I believe the low emphasis placed on conversion by Jews is admirable. If you want to become a Jew, you go to them. I believe religions should convert by attraction, not promotion. Respect for other beliefs, or the lack of beliefs, should be at the heart of religions.

The separation of Church and State has rarely seemed more threatened. Many political leaders seem opposed to it. Some would translate their religious beliefs into the law of the land. Candidates are being asked to sign a "pledges" designed primarily to embarrass those who do not sign them. A self-respecting candidate would explain that he will make his own pledges, for himself, by himself.

I have not taken a liberal or a conservative position. I have not spoken as a believer or a non-believer. What I've written is Civics 101. I wonder that no political leaders of either party have had the nerve to question the rally in Texas.

There are not two sides to the separation of Church and State. There is only this: They must be separated for the health of our democracy. Americans are of many faiths and none. Our laws must apply equally to all. If your God doesn't agree, does that mean He accepts instructions from you? Are you content with such a God?      The illustration at the top was found here.