The dying of the light 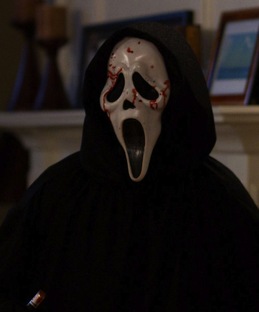 Do you remember what a movie should look like? Do you notice when one doesn't look right? Do you feel the vague sense that something is missing? I do. I know in my bones how a movie should look. I have been trained by the best projection in the world, at film festivals and in expert screening rooms. When I see a film that looks wrong, I want to get up and complain to the manager and ask that the projectionist be informed. But these days the projectionist is tending a dozen digital projectors, and I will be told, "That's how it's supposed to look. It came that way from the studio."

The most common flaw is that the picture is not bright enough. I've been seeing that for a long time. In the years before digital projectors, the problem was often that tight-fisted theater owners weren't setting the Xenon bulbs in their projectors at the correct wattage, in the mistaken belief that dialing them down would extend the life of the expensive bulbs.

Not true. If you ran a 3000W bulb at 2000W, you'd extend its life by all of 2.3 percent. Yet when Martin Scorsese used people around the country to actually check theater brightness, he found most of the theaters involved were showing an underlit image. An Eastman Kodak spokesman told me in the late 1990s: "The irony is that their only real achievement is to cheat the customers." 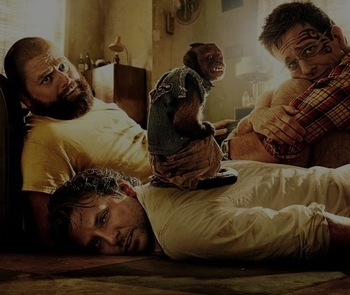 That was then. This is now. Driven by a mania to abandon celluloid in favor of digital, increasing numbers of chains are installing 3D-ready digital projectors. As everyone can tell simply by taking off their 3D glasses, the process noticeably reduces the visible light from the screen. I got emails from readers saying the night scenes in "Pirates of the Caribbean: The Curse of the Black Pearl" were so dim they were annoying.

Ah, but what if you saw the movie in 2D? As it happens, a lot of people did; Gitesh Pandya of BoxOfficeGuru.com reported: "less than half of the Pirates weekend gross came from 3D screens, with more opting for the 2D version." He attributes that to moviegoers being "cautious with their dollars." After the weekend, David Poland of MovieCityNews.com ran the numbers and determined 60% of sales were in 2D and 40% in 3D: "Not only is this a clear rejection of 3D on a major movie, but given how distribution is currently designed, it makes you wonder whether Disney cost themselves a lot of gross by putting their film on too high a percentage of 3D screens." 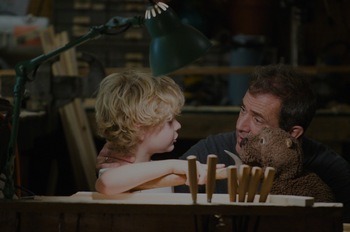 There may have been a reason consumers shied away from 3D. An expertly written article by Ty Burr in the Boston Globe reports that some 3D projectors, particularly those made by Sony, produce "gloomy, underlit" images of 2D films. His article must have hit a nerve; and I've seen it posted and referred to all over the web. The newspaper found dark images on eight of the 19 screens at the high-end AMC Loews Boston Common on Tremont Street.

Burr wrote: "This particular night 'Limitless,' 'Win Win,' and 'Source Code' all seemed strikingly dim and drained of colors. 'Jane Eyre,' a film shot using candles and other available light, appeared to be playing in a crypt. A visit to the Regal Fenway two weeks later turned up similar issues: 'Water for Elephants' and 'Madea's Big Happy Family' were playing in brightly lit 35mm prints and, across the hall, in drastically darker digital versions." His observations indicated the problems centered on Sony projectors: "Digital projection can look excellent when presented correctly. Go into Theater 14 at the Common, newly outfitted with a Christie 4K projector, and you'll see a picture that is bright and crisp, if somewhat colder than celluloid." 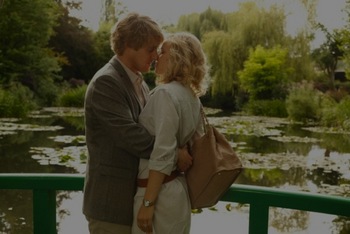 He says there is a reason for this: "Many theater managers have made a practice of leaving the 3D lenses on the projectors when playing a 2D film." The result is explained by an anonymous projectionist: "For 3D showings a special lens is installed in front of a Sony digital projector that rapidly alternates the two polarized images needed for the 3D effect to work. When you're running a 2D film, that polarization device has to be taken out of the image path. If they're not doing that, it's crazy, because you've got a big polarizer that absorbs 50 percent of the light.''

Fifty percent! It can be worse than that. I quote: "Chapin Cutler, a cofounder of the high-end specialty projection company Boston Light & Sound, estimates that a film projected through a Sony with the 3D lens in place and other adjustments not made can be as much as 85 percent darker than a properly projected film." Your best bet is apparently to (1) find a theater that doesn't use digital at all, (2) doesn't use Sony projectors, or (3) still projects light through celluloid the traditional way. 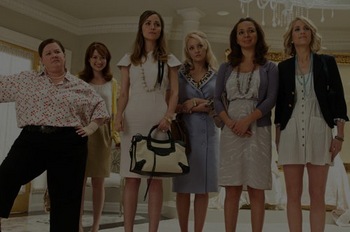 Digital projectors have been force-fed to theaters by an industry hungry for the premium prices it can charge for 3D films. As I've been arguing for a long time, this amounts to charging you more for an inferior picture. The winners are the manufacturers of the expensive machines, and the film distributors. The hapless theaters still depend on concession sales to such a degree that a modern American theater can be described as a value-added popcorn stand.

I have an email from a Hollywood professional who writes me: "During the last awards season, I went to an Industry screening of 'The Social Network' at Sony Studios, in their James Stewart facility -- what they said was their best screening room. The movie looked dark and muddy; truly awful. Then I looked back and saw that the picture was emanating from a twin-lens rig. After the show, I complained to the projectionist about the image. He explained that the process of shifting both the lens and changing the silver screen to a white matter screen, which they were equipped to do, was too time-consuming. So he told me that his supervisor authorized showing the movie to Academy voters through the 3D lens, which looked like shit. And this is at Sony Studios. Just imagine how bad it is in the real world. It is as if the Industry is courting self-destruction." 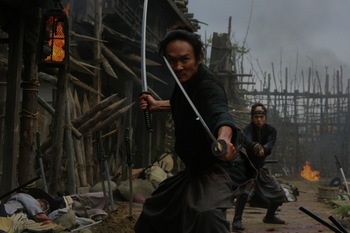 Sony refused to comment on the Boston Globe article. At my recent Ebertfest, one seasoned director called the projection in the 90-year old Virginia Theater in Urbana-Champaign "the best I've ever seen." That's because we use two of the best projectionists in the nation, James Bond, who consults on high-level projection facilities, and Steve Kraus, of Chicago's Lake Street Screening Room.

Ty Burr writes: "So why aren't theater personnel simply removing the 3-D lenses? The answer is that it takes time, it costs money, and it requires technical know-how above the level of the average multiplex employee. James Bond, a Chicago-based projection guru who serves as technical expert for Roger Ebert's Ebertfest, said issues with the Sonys are more than mechanical. Opening the projector alone involves security clearances and Internet passwords, 'and if you don't do it right, the machine will shut down on you.' The result, in his view, is that 'often the lens change isn't made and audiences are getting shortchanged'." 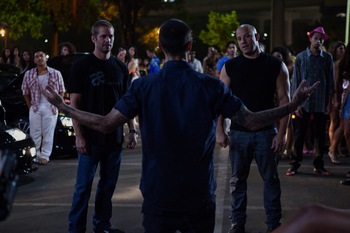 The problem isn't with all digital projectors, and seems most common with the new Sony 4K projectors, which has lenses too difficult to adjust for most of the (semi-skilled) multiplex projectionists. It is possible to project a high-quality digital image, and I've often seen that done. But only if theaters insist on it, and manufacturers like Sony make changes allowing their lenses to be changed as needed.

The movie industry feels under threat these days from DVDs, cable movies on demand, a dozen streaming services like Netflix, Hulu, Fandor and Mubi, and competition from video games. Decades ago, it felt a similar danger from radio (it introduced talkies) and television (it introduced wide-screen). The irony today is that it hopes to rescue itself with 3D, which is not an improvement but a step back in quality. The fact that more people wanted to see ''Pirates'' in 2D than 3D is stunning. The fact that 3D projectors in some theaters are producing murky and dim 2D pictures makes me very unhappy. 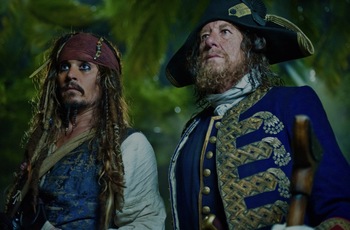 I began by asking if you notice, really notice, what a movie looks like. I have a feeling many people don't. They buy their ticket, they get their popcorn and they obediently watch what is shown to them. But at some level there is a difference. They feel it in their guts. The film should have a brightness, a crispness and sparkle that makes an impact. It should look like a movie! -- not a mediocre big-screen television.

When people don't have a good time at the movies, they're slower to come back. I can't tell you how many comments on my blog have informed me that the writers enjoy a "better picture" at home on their big-screen TVs with Blu-ray discs. This should not be true. Nobody at Ebertfest confused the experience with sitting at home and watching a video. A movie should leap out and zap you, not recede into itself and get lost in dimness.

I despair. This is a case of Hollywood selling its birthright for a message of pottage. If as much attention were paid to exhibition as to marketing, that would be an investment in the future. People would fall back in love with the movies. Short-sighted, technically illiterate penny-pinchers are wounding a great art form.

What can you personally do to be sure you see an ideal picture? Matthew Humpries at Geek.com writes:

• If you are in a D movie, look at the projector window when seated. If you see two stacked beams of light it is a Sony projector with the 3D lens still on.

• A single beam of light means no 3D lens, or a different make of projector that doesn't have the issue

• If you see the two beams, then get up and go complain. You paid good money to see the movie, so make a fuss until they either give you back that money or remove the lens. Seeing as that's an involved and time-consuming process, expect a refund.  Here is the Boston Globe article by Ty Burr.  Images on this page darkened for effect.