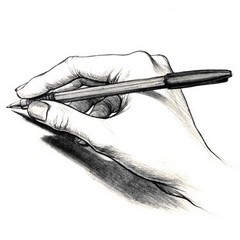 It has been argued that universal health care is an offense against individual liberty. I've been told by readers that they'll deal with their own health care, thank you very much, and have no interest in government interference. At root this is a libertarian argument; conservatives are more likely to oppose it on the grounds that it undermines the free enterprise system. They warn of a Nanny State.

But what, I ask libertarians, about your families? Your children? What if the day comes that you lose your job-based health insurance and can't afford your own? What if you're denied coverage? That's their business, they tell me. I should butt out.

But it won't remain their business if a family member suffers a major illness. I know from personal experience that few people have the financial resources to deal with such an illness, and I suspect no one reading this is ready to deal with two. You and I will end up paying for them, even though they were unwilling to help pay for us. 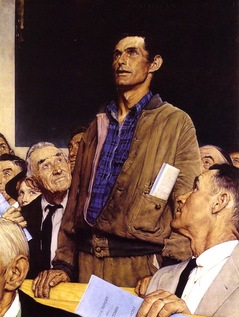 The freedom of speech (Norman Rockwell)

Here's a story about a man named Bill Caudle, who lost his job at the age of 39. His wife Amy had been suffering from ovarian cancer for two years, and needed continuing chemo treatment. To get insurance for them, he joined the Army and was assigned to a base far from home. His insurance started the moment he entered basic training, and his wife is continuing chemo. Bill Caudle is brave and loving, but if you know anything about chemo you know it's hard to weather it apart from your spouse. There's not a conservative who would deny health coverage to members of the military -- it continues lifelong in the VA hospitals -- but what about the rest of us?

It seems only fair that society as a whole must be concerned with the health of its members. If one of my loved ones requires treatment for a serious condition and I can't afford it, I'm not comforted by a libertarian's idea of his individual liberties, or a conservative's ideas about the free enterprise system. I want something I can tell the doctor.

Yes, in an immediate crisis I can throw myself on the mercy of an Emergency Room, but what about surgeries (I had four) or extended physical therapy (again, four)? My job-based insurance policies were excellent, but one has tapped out and the other has a finite limit. In prudence I should not consider another surgery. One third of all personal bankruptcies in the U.S. are caused by medical costs.

But this isn't about me. It's about all of us. When the general population has access to medical care, problems are discovered sooner, chronic conditions are avoided, and treatment is not delayed. Our national life expectancy can be expected to rise. That's a good thing. Well, isn't it? Poverty becomes that much less burdensome. The desperate a little less desperate. This is a matter of simple human compassion.

It did not always seem so. Until the 1700s, people were left pretty much to fend for themselves. When they got sick they used folk medicines, cures and healers. Those who could afford physicians hired them. Few could. In some cases they were able to appeal to the charity of the church. A group of philosophers began to argue that it need not be like this. Jean-Jacques Rousseau, signing himself simply "a citizen of Geneva," wrote a broadside titled The Social Contract that argued that people should expect to give up some rights to government in return for a systematic rule of law. 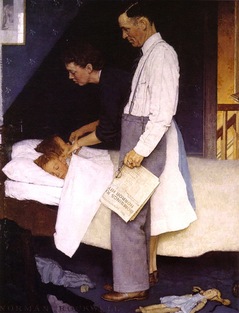 The freedom from fear (Rockwell)

Rousseau lived at a time when the notion of the Noble Savage was also being much praised. In this view, man was born free and uncorrupted, and was good by nature until interfered with by civilization. In very broad terms, I believe libertarians defend themselves as noble savages, living unencumbered by the impositions of others. The question becomes, to what degree are we willing to trade personal liberty for the good of the general community? If I don't want universal health care, am I fully prepared to grow sick and die as a consequence? Or will I undergo a sickbed conversion?

Until the 1700s the only class in society that was completely unfettered was the ruling class. A king had the right to do as he chose. Huey Long ran for office on the platform "Every Man a King," and I sometimes believe libertarians subscribe to that. The problems begin when the Kings require Subjects.

Rousseau didn't believe the rights he called for existed in our natural state. They became necessary when we began to live in large groups. It is necessary to trust that men will have the same general values if we travel a mile from home, or a hundred miles. We hope not to be robbed or murdered. We hope a system of trade allows us to earn a living and obtain what we need. We hope those we find there treat each other, and strangers, decently. We hope our boat hasn't landed us on the shores of a libertarian nation.

The ideas of Hobbes, Locke and Rousseau led logically to the American and French Revolutions. The preamble to our Declaration of Independence could well have been dictated by any one of the three. Our revolution, like so many, is still underway. Universal health care happens to be its current battlefield.

I am naive enough to think that universal care is obviously good. I don't say how it should be implemented or regulated. I say we should implement it and regulate it as well as we can, and improve it through our votes and our legislature. This is something we owe to the future. The United States is shamefully the only Western democracy without universal health care. All of the nations that we inspired by our revolution, including France, have moved ahead on us on this. 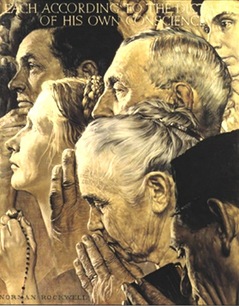 The freedom of belief (Rockwell)

I am told we cannot trust the government. I believe we must trust it, and work to make it trustworthy. We are told the free enterprise system will sort things out, but it has not. When insurance companies direct millions toward lobbying and advertising against a health care system, every dollar is being withheld from sick people. When it goes to salaries, executive jets, corporate edifices and legislative manipulation, it isn't going to Amy Caudle.

If you doubt it, I recommend a current documentary named "Crude," by Joe Berlinger. It relates the story of a group of Indians who have occupied the Ecuadorean rain forest since time immemorial. They existed in unison with nature, living off the land and for the land, governed by themselves. They were, if you will, Noble Savages. Or perhaps they were an ideal libertarian state. They occupy the forest filmed by Herzog in "Fitzcarraldo."

It was their misfortune that oil was discovered beneath their forest. Texaco, later called Chevron, moved in with the permission of the national government, which had previously ignored them. It laid waste to square miles of forest, struck oil, had an oil spill that blighted the river highway of the Indians, and pumped billions of gallons of toxic waste into the river. One independent estimate is that remediation should cost Chevron $27 billion.

We meet a man whose little daughter went splashing in the river one day and was dead within 24 hours. The water is lethal to drink. Many others died. Vegetation was destroyed. Fish disappeared. The Indians are represented by a determined local lawyer and an American lawyer working pro bono. Chevron has deployed a legal team that prevented the complaint from even coming to court for ten years. There is still no resolution. The corporation is prepared to fight this forever. 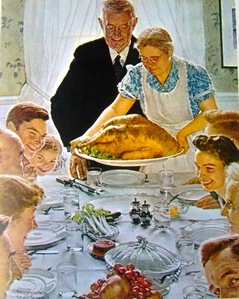 The freedom from want (Rockwell)

But wait, you ask: At the moment of the oil spill, why didn't the oil company act immediately to clean it up? Why did it knowingly pump tainted water into the river? I don't know. My best guess is: Cleaning the spill and treating the water would have cost money. That money would be charged against profits. The corporation had the national government on its side, and the Ecuadoran share of the oil was good for the national treasury. Local officials were plied with gifts and trips. The corporation thought it could get away with it.

For many years the insurance industry has gotten away with policies that place coverage out of the reach of many Americans. Their mission is not to sell health insurance. It is to sell profitable health insurance. If the experience of every other Western democracy teaches us anything, it is this, oddly enough: Providing it for everyone would cost less than our current system.

But there is a more compelling argument. We owe it to ourselves. It is the right thing to do. It will promote the general welfare. It will assist in our pursuit of life and happiness. The arguments against it come disguised in ideology designed to conceal their common motivation: Selfishness.

The medieval alms house at Beaune in France. They couldn't do much for you, but at least your pillow was placed to face the altar

"The Social Contract," a short film. The guy at the head of the line is a libertarian. 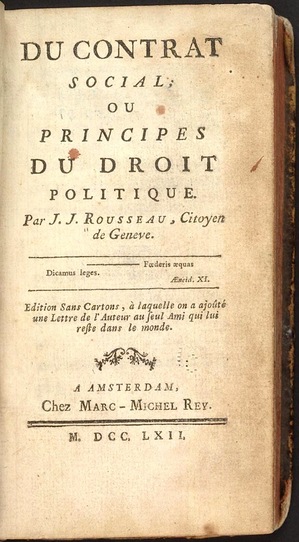