See you at the movies 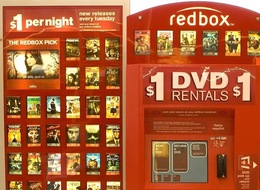 Yes, Chaz and I are still going ahead with our plans for a new movie review program on television. No, Wednesday's cancellation of "At the Movies" hasn't discouraged us. We believe a market still exists for a weekly show where a couple of critics review new movies.

I can't prove it, but I have the feeling that more different people are seeing more different movies than ever before. With the explosion of DVD, Netflix, Red Box, and many forms of Video on Demand, virtually all movies are easily available to virtually all North American moviegoers. This has created a huge potential audience. When people tell me how many titles they have in their Netflix queues, I reflect that until recent years they'd be telling me how many movies never even played in their town.

I can't reveal details about the talks we're deeply involved in. I can say that the working title was "Roger Ebert presents Fill in Words Here," and that it has now become "Roger Ebert presents At the Movies." Gene Siskel and I started using that title way back in 1980, when we left PBS for Tribune Broadcasting. I can also say the Thumbs will return. 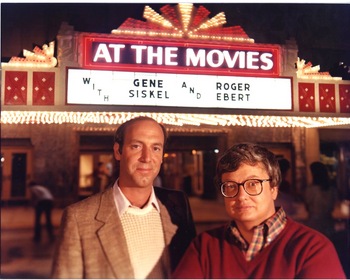 I can also say that we held video tests with several potential hosts two weeks ago in Los Angeles, and know who we will use. We also know we will have a strong web presence. We will go full-tilt New Media: Television, net streaming, cell phone apps, Facebook, Twitter, iPad, the whole enchilada. The disintegration of the old model creates an opening for us. I'm more excited than I would be if we were trying to do the same old same old. I've grown up with the internet. I came aboard back when MCI Mail was the e-mail of choice. I had a forum on CompuServe when it ruled the web. My web site and blog at the Sun-Times site have changed the way I work, and even the way I think. When I lost my speech, I speeded up instead of slowing down.

We'll also go New Cinema. Not just the One Weekend Wonders, although you gotta have 'em, but indie films, foreign films, documentaries, restored classics, the new Herzog, the new Bahrani, the new Almodovar. What's new on Instant Streaming. What great movies should everyone see? Hey, Paramount just announced $1 million for ten $100,000 movies. Those kinds of films. What kind of a real movie lover cares who has the "exclusive" first trailer in the newest extrusion of the "Transformer" franchise? It's time to smarten up. 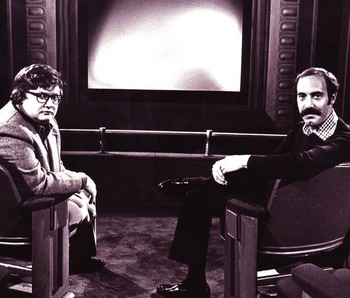 It isn't only "At the Movies" that died Wednesday. It was whole genre of television. We thought of it as a movie review program. The television industry thought of it as a half-hour weekly syndicated show. Those are shows sold market-by-market and usually placed in a weekend time slot. The first time Siskel and I attended NAPTE, the annual trade show of syndication, there were so many shows they jammed the floor of the Convention Center in New Orleans. Wolfgang Puck flew in to cater private dinners. We were approach by "Fishin' Fever" and asked if we wanted to be Celebrity Guest Anglers.

"At the Movies" was one of the last survivors of half-hour syndication. It didn't fail so much as have its format shot out from beneath it. Don't blame Disney. Don't blame Tony Scott and Michael Phillips, the final co-hosts, critics I admire who still have five months left on the air. Don't blame Ben Mankiewicz. Don't blame my pal Richard Roeper, who didn't fancy following the show in a "new direction." Don't blame the cancer that forced me off the show. Don't even blame Ben Lyons. He was the victim of a mistaken hiring decision.

Blame the fact that five-day-a-week syndicated shows like "Wheel of Fortune" went to six days. Blame the fact that cable TV and the internet have fragmented the audience so much that stations are losing market share no matter what they do. Blame the economy, because many stations would rather sell a crappy half-hour infomercial than program a show they respect. Blame the fact that everything seems to be going to hell in a hand basket. 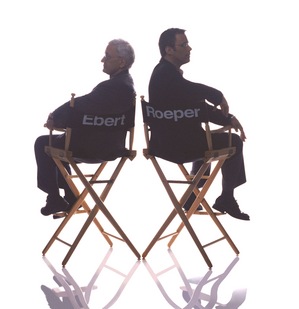 Chaz and I will produce the show. Yes, I'd like to make occasional appearances on the air. I'm not foolish enough to believe any form of back-and-forth debate is possible, but I could do Great Movies segments, or a wrap-up from Cannes or Toronto. With all the publicity about me "getting my voice back," some people have the idea that a computer program has magically allowed me to speak again. That will never happen. I type, and the words come out. No one can type fast enough for conversational repartee. With the new software from Edinburgh the words will come out sounding like me. That's huge. It will work well on the new show in voice-over narration of TV packages.

There has been a fragmentation of movie watching. Theatrical distribution is now dominated by the big-budget, heavily marketed 3-D of the Week. Such films have a success utterly independent of critics. Like junk food, they're consumed by habit and may be filling but are high in cinematic sugar and fat. The consumers of that product don't think of a movie as an investment of two hours of their lives.

When the New York Times put an interactive Netflix map online, allowing me to search by zip code and see what my neighbors were renting, the top title was "Milk," followed by such as "The Wrester," "Slumdog Millionaire," "Doubt" and "Rachel Getting Married." Think about that. Good movies. "Transformers 2" was nowhere to be seen. ("Milk," in case you're wondering, was first or second in most Chicago zip codes, not just mine.) 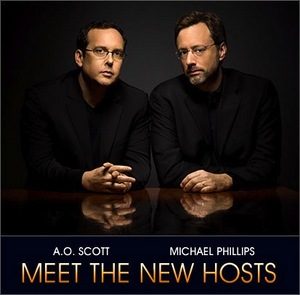 Those are the kinds of people who might want to watch a movie review program. Our show will try to reach people who think before they watch a movie, and value their time, and their minds. Does that sound like a pitch? Probably. I think it's also a business plan.

I've written before about my adventures as a movie critic on TV. I've said what I have to say. Was I sad today when "At the Movies" was cancelled? You bet I was. I received a nice phone call from two of the Disney executives in charge, who had been aboard since Day One, and that was a kindness. Week in and week out since 1980, Disney produced a weekly movie review program, and to my certain knowledge never once tried to influence the reviews of any its their movies. When Rich Frank was president of the Disney Studios, at speeches he'd even show video clips of Siskel and I trashing some of his films. I think he felt a certain pride in our independence.

Under all those years under Michael Eisner and Bob Iger, that never changed. We got support. We made friends. It was a long, strange trip for Gene and myself, Richard, Michael, Tony, Ben and Ben and all of our co-hosts. One of the show's guest co-hosts, Kim Morgan, tweeted Wednesday night that it was an "honor" to sit in the chair. I replied, "It was the chair that was honored." Doing that show is harder than it may seem. But I can tell you this: It's every bit as much fun as it looks like.

For years we closed with, "The balcony is closed." Before that it was, "See you at the movies." That's the right note to end on.