Positive Sentiments for "Life Itself"

The following is an ongoing collection of inspired and impassioned reviews for Life Itself. A majority of these pieces were written after the film's premier at the Sundance and Cannes film festival. Over the next month we'll continue to update this space with new reviews of Life Itself, which will be out in theaters and VOD on July 4th. To see when the film is scheduled to open in your city, click here.

“Far more than just a tribute to the career of the world’s most famous and influential film critic, the often revelatory “Life Itself” is also a remarkably intimate portrait of a life well lived — right up to the very last moment." - Bruce Ingram, Chicago Sun-Times

“It's a work of taste and generosity, in keeping with its subject, and James ensures that it avoids the hometown-hero ‘attaboy!’ attitude some feared might come of such a project, especially so soon after the 70-year-old film critic's death in April. … Anyone who cared about Roger Ebert will find it necessary viewing." Michael Phillips, Chicago Tribune

“Watching ‘Life Itself,’ what strikes me most about the way that Ebert lived out his final days, when his body was disintegrating yet his mind was purified, is that it truly was a continuation of the way that he had always lived: at full spiritual volume, hungry for the taste of experience. His ego was so implacable that it was truly at peace. In a lifetime at the movies, Roger Ebert consumed a lot of empathy, so there’s something almost luminous about seeing him take that empathy and shine it back on himself.” - Owen Gleiberman, Entertainment Weekly

“The number one thing that comes through in ‘Life Itself’ is the distinctive, clean voice of his prose, a voice that was both full of love and trained by writing on deadline, expansive as the world of film and concisely shaped and sharpened by the physical constraints and physical nature of newspaper publishing. Ebert’s genius was, as Trilling said of Orwell, that he was not a genius — his insights and ideas were always articulated simply, strongly and perfectly in the plain-spoken language of newspapers and lobby conversation.” - James Rocchi, Film.com 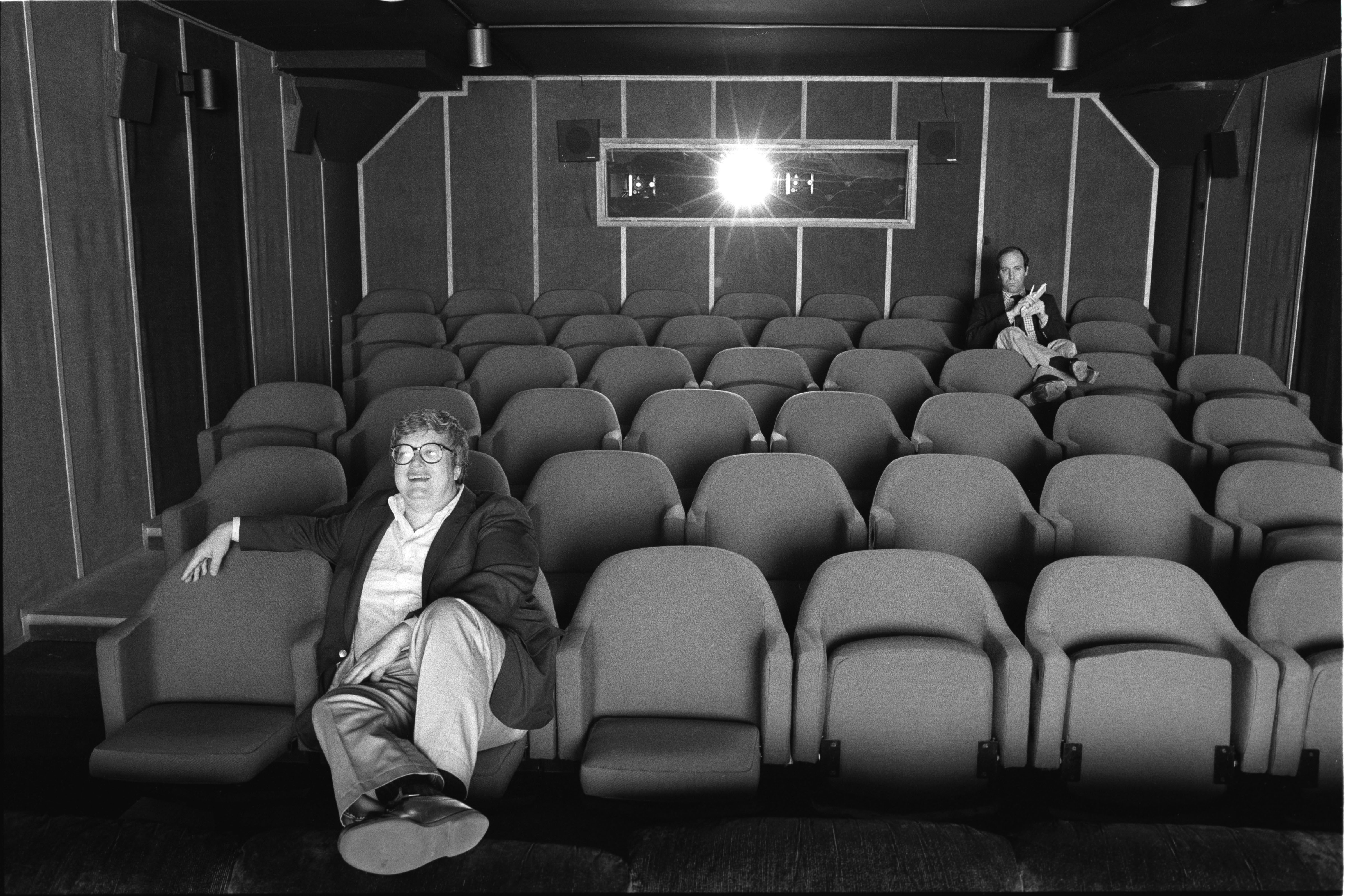 “The main takeaway here is Ebert’s unsinkable passion which lasted until the very end: he was a person who cared tremendously about the power of cinema as an art form, and that love will never die. Herzog refers to him as a true soldier of cinema and, by the end of this documentary, it’s hard not to agree with the sentiment. The power of his influence reverberates to this day with a new generation of online critics (myself included) who will remember and cherish his legacy for many years to come.” - Raffi Asdourian, The Film Stage

“No film in the festival is as critic-friendly; watching it, I finally understood how football players must feel about ‘Brian’s Song.’” - Jason Bailey, FlavorWire

“Even the best relationship in Ebert's life isn't viewed through some gauzy filter. Chaz Ebert, often depicted as an eternally patient angel, gets to be tough and feisty here, standing up to her husband and fighting for him. It's not an idealized relationship, even if there's something swoon-worthy about two people who found soulmates a little bit later in life.” - Daniel Feinberg, HitFix

“Even those in journalism, the film business and elsewhere who knew Roger Ebert fairly well will learn a lot through James’ richly satisfying film, and while some will flinch at what he went through in his final years, many more will admire the strength and perseverance that contributed to his becoming a genuinely resolved man.” - Todd McCarthy, The Hollywood Reporter

“A large portion of the film takes place in the hospital during Ebert's last act in life. James gets up close and personal, showing the audience how much Ebert smiled through his tough, final days and managed to still enjoy his life. It's devastating and beautiful, sad and poetic, all at the same time, exactly what Ebert wanted.” - Chase Whale, IndieWire 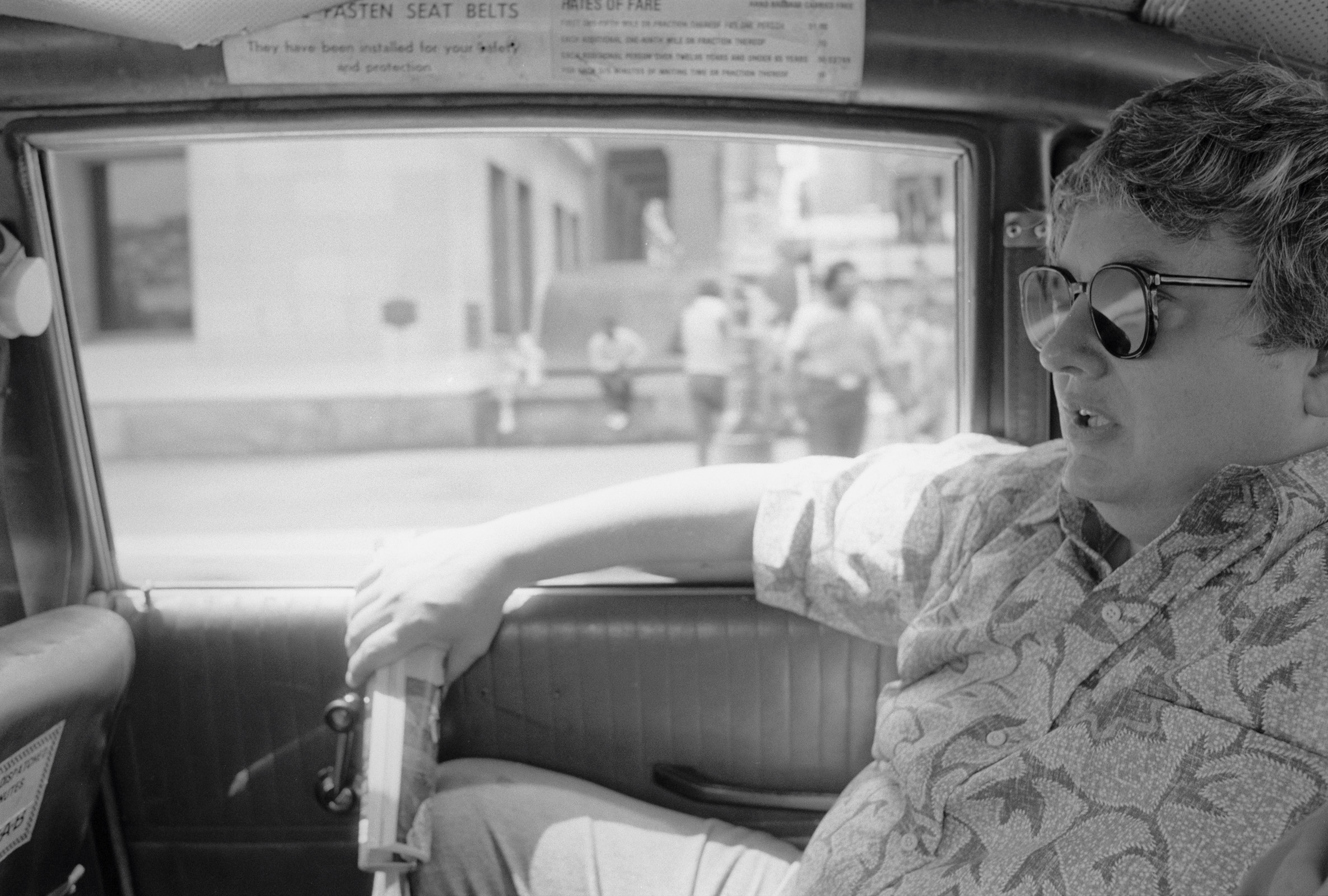 “I remember watching ‘Life Itself’ on my laptop as it was being screened online on Indiegogo’s campaign. Seeing it alone was a solemn and somber experience, one of closure and reflection. But on the big screen with an audience, despite its moments of poignancy, it seemed to pulsate with life. Each viewer’s heightened expectation resulted in emotional release, and the culmination of this mass release raised emotions further. It was cathartic and made me appreciate the power of cinema as a shared experience even more.” - Michael Mirasol, Movie Mezzanine

“There’s a lot between the covers of Ebert’s fugue-cum-memoir that gives the film its title and some of its territory, but for a movie made in just over a year, it’s a compact feat of determination and legerdemain. The filmmakers have provided a place of pride for the immortal line Ebert wrote for Russ Meyer’s ‘Beneath The Valley Of The Dolls’: ‘This is my happening and it freaks me out!’ As well it should; as well it did.” - Ray Pride, New City

“Working again with editor David E. Simpson (‘Head Games’), James continues to show that he can really arrange life stories with great clarity and fluidity and with very little filler included just because its a good sound bite. Few directors comprehend their subjects so well let alone make the viewer comprehend them on the same level.” - Christopher Campbell, Nonfics

“The true tragedy of ‘Life Itself’ is that Roger isn’t around to write about it. No one would have been able to say whatever there is to be said any better.” Simon Miraudo, Quickflix

“We also learn he is morbid enough to take some pleasure in dying a dramatic death, in giving his movie a killer ending. He did not believe in the possibility of somehow looking on, after death, from afar — cinema was his only religion, as testimony from the many filmmakers he championed and befriended, including an emotional Martin Scorsese, confirms. But the rest of us can still find him at the movies, just like he said.” - Michelle Orange, SBS.com 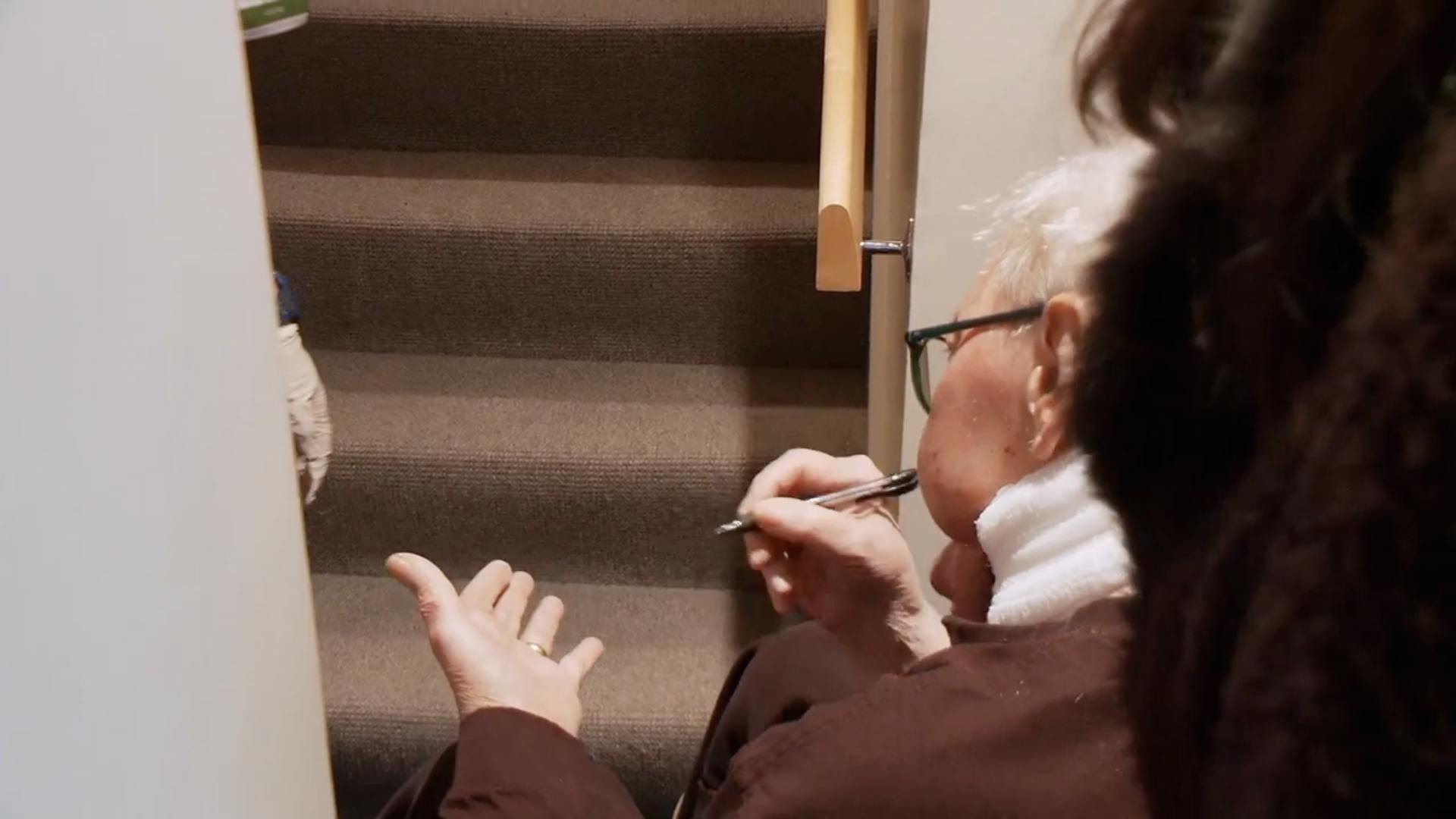 “When I saw the scene showing him and Chaz arguing over whether he should climb the stair for himself or not, my mind went back to how stubbornly Roger argued with her when he found that he could not take me to the sneak preview of ‘Robin Hood’ (2010). They were quite honest about their feelings and thoughts even in front of a young guy from South Korea, and I was not surprised to see how frank they are about themselves in front of the camera – that is why I remember them one of the loveliest couples as I have ever met.” - Seongyong Cho, Seongyong's Private Place

“As good as almost every moment in the film is, every once in a while, one stands high above from the rest. In particular, there’s a devastating moment where Ebert acknowledges his health is deteriorating and he likely won’t get to see the final product we’re currently watching. Rather than staying in that dark place, ‘Life Itself’ goes on to show how Ebert turned his health into a positive motivator, pouring himself into online writing and becoming one of the leading voices in social media. The whole film is based around this kind of dichotomy and it leads to a rewarding emotional response.” - Germain Lussier, Slash Film

“James’ camera doesn’t turn away; late in the film, Chaz and Roger sit together, she talking about how the doctors have been telling her since 2006, on one occasion or another, that he might only have one day left to live. She looks to him for approval or agreement, a tacit acknowledgment that he’s not done fighting; he just looks at the camera and rolls his eyes a bit, a sign that he’d become aware that the end was near, and that he’d accepted it well before anyone else. It is here that we see, as Ebert demanded, ‘the full reality.’” - Josh Spiegel, Sound on Sight

"Life Itself is one of the best films at Sundance." - Mike Ryan, Huffington Post

"It's the achievement of Steve James' wonderful, heartbreaking Life Itself to give us the whole man in all his personas, some graceful, some not-so-nice... That's what makes this a great documentary rather than a very good one: James comes to his subject with respect and affection, but he understands that a documentarian's job is to assemble the paints and then allow the portrait to paint itself." - Ty Burr, Boston Globe 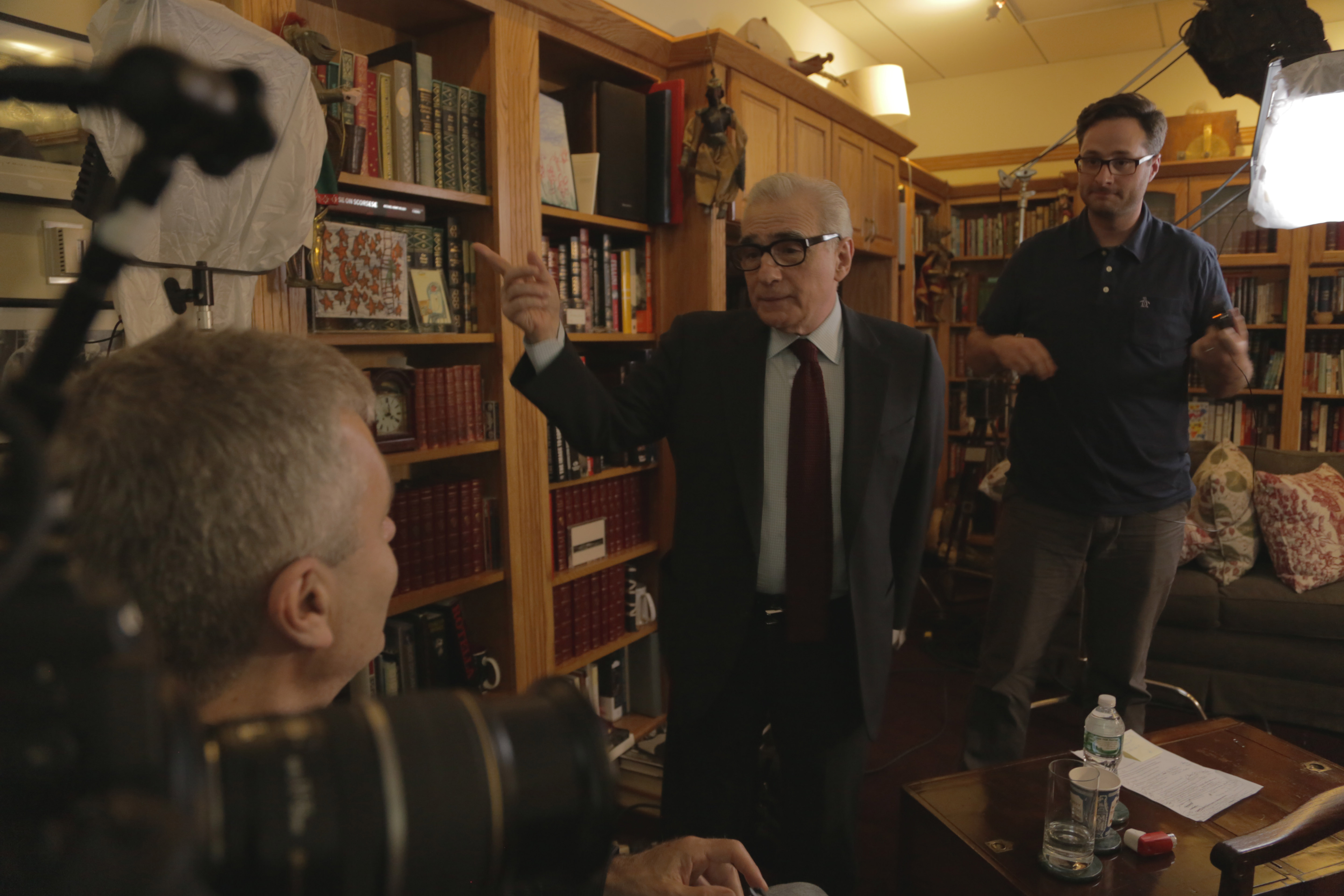 “He was a strong presence in life and has a strong presence in this film, unconcerned about showing the pain he sometimes went through or talking about his alcoholism and youthful excesses – although it is his vibrancy and lust for life that shines brightest. … He signed off his final blog saying: "I'll see you at the movies." It seems fitting that we now have the chance to see him there.” - Amber Wilkinson, The Telegraph

“The doc gains its universal impact in smaller, earthier revelations. Martin Scorsese comes close to tears speaking of Ebert's encouragement during a dark phase in his life. The city of Chicago, especially its late-night watering holes, becomes a window into the off-camera moments of a raconteur and showboat.” - Joshua Rothkopf, Time Out New York

“Like the films themselves and life itself, things are often judged by their conclusion. Falter at the end, and you're left both unsatisfied and more ready to dismiss the earlier elements. Roger went out fighting, went out writing, went out talking about the movies he loved surrounded by the people who loved him. This film loves its subject in a way that is both adult and mature, a wide-eyed love shaped by an almost palpable desire to make it in a way that the highly critical and intellectually rigorous subject would have liked.” - Jason Gorber, Twitch

“James also takes time to show that not everyone was so enamored of the TV program and its iconic thumbs-up, thumbs-down judgments, with some critics (including Film Comment’s Richard Corliss, who published a lengthy attack piece later rebutted by Ebert) bemoaning what they saw as its crass consumerization of film reviewing. But compared to what passes for informed debate — of movies or anything else — on TV today, the “Siskel & Ebert” clips included here seem almost a model of erudite discourse.” - Scott Foundas, Variety 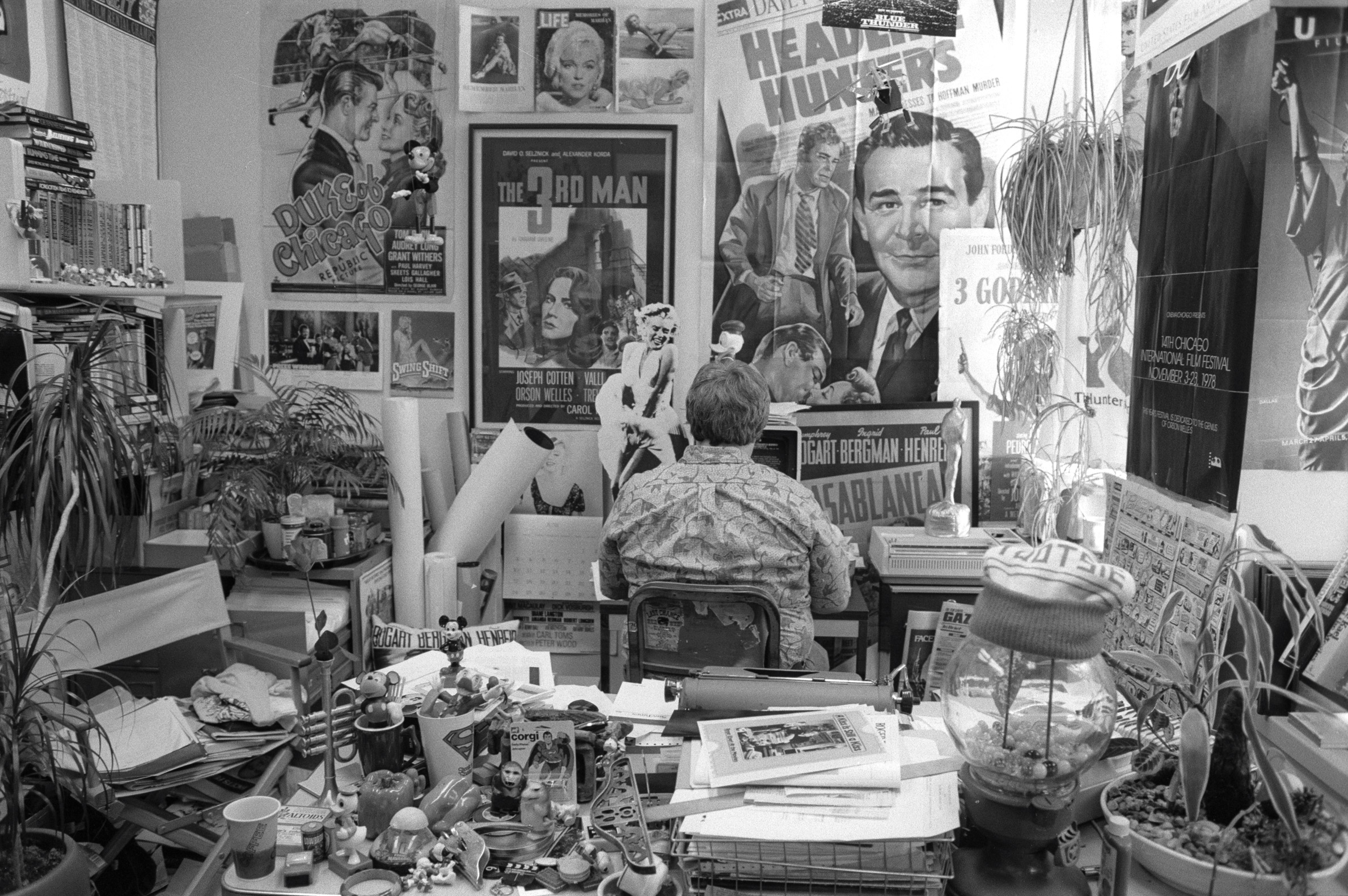 “The story of Siskel and Ebert’s complicated partnership has been told before … but ‘Life Itself’ enlivens the tale with new details: it reveals that Siskel, who appeared on television as something of a square, was once a member of Hugh Hefner’s coterie and attended topless pool parties at the Playboy Mansion. And it contains the first in-depth interview with Siskel’s widow, Marlene Iglitzen, who recounts Siskel’s mounting fears that Ebert would leave the show to go solo, leaving him without his partner.” - Casey Newton, The Verge

“’Life Itself’ utilizes the voice talent of Stephen Stanton for the scenes in which Ebert is retelling stories from his book. His voice resembles that of Ebert so closely that if you did not remember that the book was written after he lost the ability to speak, you would think it is actually Ebert narrating the documentary. James brilliantly leaves in the computer-generated voice whenever Ebert communicated something new that was not from the book. The decision to use both types of voices for Ebert is as clever as it is functional, doing so helps distinguish Ebert’s earlier thoughts from the present narrative.” - Dustin Jansick, Way Too Indie