Okay, kids, play on my lawn 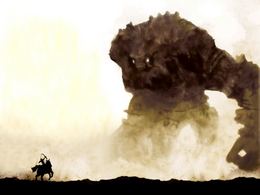 I was a fool for mentioning video games in the first place. I would never express an opinion on a movie I hadn't seen. Yet I declared as an axiom that video games can never be Art. I still believe this, but I should never have said so. Some opinions are best kept to yourself.

At this moment, 4,547 comments have rained down upon me for that blog entry. I'm informed by Wayne Hepner, who turned them into a text file: "It's more than Anna Karenina, David Copperfield and The Brothers Karamazov." I would rather have reread all three than vet that thread. Still, they were a good set of comments for the most part. Perhaps 300 supported my position. The rest were united in opposition.

If you assume I received a lot of cretinous comments from gamers, you would be wrong. I probably killed no more than a dozen. What you see now posted are almost all of the comments sent in. They are mostly intelligent, well-written, and right about one thing in particular:

I should not have written that entry without being more familiar with the actual experience of video games.

This is inarguable. Many of the comments continued by debating the definition of art, which, it was pointed out, I never provided. Many others defined art in terms that would include video games. I received dozens of names for video games that the posters said had affected them like art, and they told me why. Three or four games came up time and again.

In my actual experience, I have played "Cosmology of Kyoto," which I enormously enjoyed, and "Myst," for which I lacked the patience. Both games are from the infancy of the form. I'd played no others because--well, because I didn't want to. I particularly didn't want to play one right now, this moment, on demand. 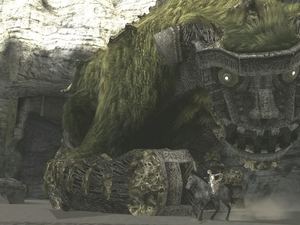 Gamers tried to make it easy for me. Kellee Santiago, whose talk in defense of video games was the subject of my entry, offered to send a selection of games. But I didn't have a game machine. No problem. I heard from my fellow Chicago movie critic Steve Prokopy, better known as Capone of Ain't It Cool News. He has a friend who works at Sony Games, and through this friend I was offered a PlayStation 3 unit and a copy of "Flower," which Santiago produced. To install it and brief me, Steve would bring over Simeon Peebler, the chair of Games and Interactive Media at Chicago's Tribeca/Flashpoint Academy. Steve had the box waiting at his place, pre-loaded with several games.

I stalled. I said I was headed for Cannes. I said I wasn't sure I should accept a gift from Sony. He said he'd wait until after Cannes. He said he'd see that the PlayStation was sent back to Sony when I was finished with it. I replied: "Gee, Steve...I dunno...sigh..."

Actually, I did know. I knew (1) I had no desire to spend 20 to 40 hours (or less) playing a video game, (2) Whether I admired it or not, I was in a lose-lose position, and (3) I was too damned bull-headed. I guess the PlayStation is waiting for me even now in Capone's vault. 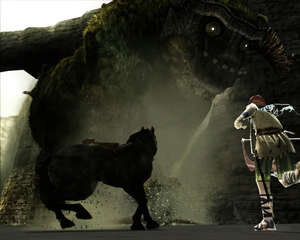 My error in the first place was to think I could make a convincing argument on purely theoretical grounds. What I was saying is that video games could not in principle be Art. That was a foolish position to take, particularly as it seemed to apply to the entire unseen future of games. This was pointed out to me maybe hundreds of times. How could I disagree? It is quite possible a game could someday be great Art.

I was accused of not responding in detail to the arguments against me. This is the gratitude you get for responding to comments at all. I didn't respond because I was at Cannes, because it was taking so much time simply to vet and post the comments, and because...well, what could I say? The entry had expressed everything I had to say without going to the extreme of actually playing a game.

I first expressed my opinion on video games in 2006. At a 2007 "Hollywood and Games Summit" conference, the filmmaker and game auteur Clive Barker responded to some of my statements. Under the circumstances, he was quite civilized. I responded, and you will find the link below. Barker studied English and philosophy at Liverpool, and understood where I was coming from. He said:

"I think that Roger Ebert's problem is that he thinks you can't have art if there is that amount of malleability in the narrative. In other words, Shakespeare could not have written 'Romeo and Juliet' as a game because it could have had a happy ending, you know? If only she hadn't taken the damn poison. If only he'd have gotten there quicker." 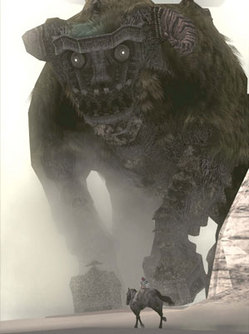 Well, yes, that is what I think. There was actually a time in history when a version of Romeo and Juliet was performed with a happy ending, and I can't begin to tell you how much that depressed audiences.

Barker: "Let's invent a world where the player gets to go through every emotional journey available. That is art. Offering that to people is art."

Ebert: "If you can go through 'every emotional journey available,' doesn't that devalue each and every one of them? Art seeks to lead you to an inevitable conclusion, not a smorgasbord of choices. If next time I have Romeo and Juliet go through the story naked and standing on their hands, would that be way cool, or what?"

Okay, I was being snarky. I imagine Baker would be the first to agree his example of Romeo and Juliet was not an ideal one. Sooner later these arguments all get around to Shakespeare, and have a way of running aground on him. If I could save the works of Shakespeare by sacrificing all the video games in existence, I would do it without a moment's hesitation. I suspect Clive Barker would, too. 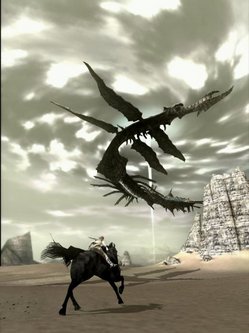 But there are many forms of high art, and they have appeared at many times. The conscious creation of art seems to be one area in which humans have a monopoly among living beings. Perhaps the turning point in our evolution as a species came when we grew capable of creating art and stories; I illustrated that blog entry with prehistoric cave paintings, only to have a gamer describe them as "scribbles." Well, there's one in every crowd.

Who was I to say video games didn't have the potential of becoming Art? Someday? There was no agreement among the thousands of posters about even one current game that was an unassailable masterpiece. Shadow of the Colossus came closest. I suppose that's the one I should begin with.

But many other games were also mentioned. If I didn't admire a game, I would be told I played the wrong one. Consider what happened when I responded to the urging of a reader and watched Kellee Santiago's TED talk. It would finally convince me, I was promised, of the art of video games. I watched it. But noooo. Readers told me I had viewed the wrong talk about the wrong games. Besides, arguing with a You Tube video was pointless if I had never played a game. 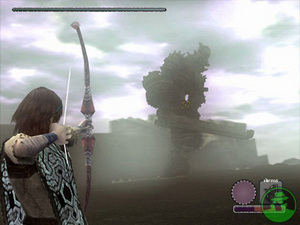 They had me there. And I didn't want to play a video game. If I should dislike it, I already had a preview of the response awaiting me: I was too old, I was over the hill, I was too aged it "get it." That became the mantra: "Ebert doesn't get it." I disagreed with them about age, which I know more about than most of them, but I had some sympathy about the concept of not "getting it." There are many, many things I believe many members of our society don't "get," but I don't think they're too old or too young to "get" them, only differently evolved.

One bizarre exchange with a reader led to a debate about whether Mark Twain himself valued Huckleberry Finn above a table game he had been trying to invent. "Show me a man who believes a game can have more value than Huckleberry Finn," I wrote, "and I'll show you a fool." This debate became reduced to a squabble about semantics and technicalities, and in a quixotic moment I put the question to a vote, devising an online Twitter poll which asked readers which they would value more, a great game or Twain's great novel.

Of course this poll inspired dozens of complaints that it was simplistic (it was) and stupid (also true), and comments such as "if it were another novel yes, but not Huck Finn." The first wave of responses showed Huck leading video games 70% to 30%. But those would have been from among my first-line Twitter followers. I asked others to re-tweet it as well, and as the sample grew the numbers shifted.

Which of course proves nothing.

One thing I brought from this experience was that I lacked a definition of Art. I've been thinking about that for a couple of months now. There are countless theories of Art, many of them supplied by readers in the thread. The preferred dictionary definition is:

This might exclude video games on a technicality (are they works to be appreciated primarily for their beauty or emotional power?), but that won't do. I required a definition that would exclude video games (those up to this point, anyway) on principle.

I thought about those works of Art that had moved me most deeply. I found most of them had one thing in common: Through them I was able to learn more about the experiences, thoughts and feelings of other people. My empathy was engaged. I could use such lessons to apply to myself and my relationships with others. They could instruct me about life, love, disease and death, principles and morality, humor and tragedy. They might make my life more deep, full and rewarding.

Not a bad definition, I thought. But I was unable to say how music or abstract art could perform those functions, and yet they were Art. Even narrative art didn't qualify, because I hardly look at paintings for their messages. It's not what it's about, but how it's about it. As Archibald MacLeish wrote: A poem should not mean, but be.

I concluded without a definition that satisfied me. I had to be prepared to agree that gamers can have an experience that, for them, is Art. I don't know what they can learn about another human being that way, no matter how much they learn about Human Nature. I don't know if they can be inspired to transcend themselves. Perhaps they can. How can I say? I may be wrong. but if 'm not willing to play a video game to find that out, I should say so. I have books to read and movies to see. I was a fool for mentioning video games in the first place.

The earlier article about Clive Barker.  My earlier blog about video games. FWIW, you are still welcome to vote in my meaningless poll.