Making out is its own reward 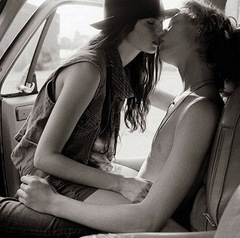 Fifty years ago, a brief letter to the editor of a student newspaper led to a national furor over academic freedom. When it broke in 1959, the Leo Koch Case dominated front pages and newscasts. It remained a story for three years. Today it is so thoroughly forgotten that not even Wikipedia, which knows everything, has heard of it.

It was published in the autumn of 1960. Let me take you back on a trip through time. That was a Puritan era by today's standards.

Most universities took aggressive steps to prevent sex among undergraduates. Students weren't allowed to live in their own apartments. In women's dormitories, a strict curfew was enforced, and too many "late minutes" in a semester would get you hauled up before a Disciplinary Committee. It was assumed that by locking down the women, you would prevent sex; gay sex was off the radar.

Police patrolled lovers' lanes and shone spotlights into suspicious cars. If actual sex was observed, arrests were made. University Police checked local motel parking lots for license plates registered to students. If a couple returned to a woman's dorm early, they could share a sofa in the lounge, a brightly-lighted room monitored by matrons who enforced the Three Foot Rule. This wasn't as bad as it sounds. It didn't mean boy and girl had to be separated by three feet, but it did mean that three of their four feet had to be on the floor, if you follow me. 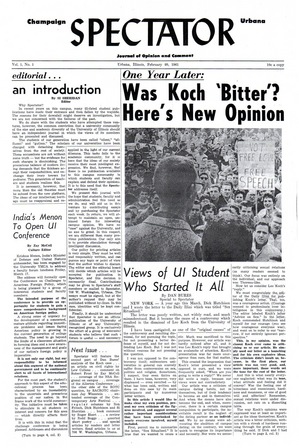 How to make out

How to make your move in a movie theater. Three steps, 100% guaranteed
Advice from an expert make out artist. (Q: Should you chew gum while making out?)
[The Champaign-Urbana Spectator was a weekly paper I edited in 1962. If we'd had sense enough to give it away, we might have been on to something.]

Where were these rules enforced? Not only at small religious schools, but at big state and private universities. Your old dad here was a freshman at the University of Illinois, where car crashes were blamed on speeding toward women's dorms at Curfew. In that climate, an assistant professor of biology named Leo Koch sent the following letter to The Daily Illini:

Yes. That's what he wrote.

Reading it again, I was shocked at how innocuous it seems in 2010. There was an immediate uproar. Outraged citizens' groups and the Chicago Tribune called for the university to take action, President David Dodds Henry directed Koch's dean to relieve the biologist "immediately" of his duties. The American Association of University Professors, while not siding with Koch's views, said he had a right to express them and noted he had been summarily fired without a hearing. 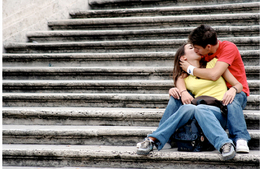 The AAUP imposed censure on the university, which lasted until 1964. At that point Illinois redeemed itself by not dismissing the Classics professor Revilo P. Oliver after he wrote an article for the John Birch Society magazine charging that John F. Kennedy was a communist agent murdered by other communists because he "was about to turn American." Less than a year after JFK's death, Oliver added: "So long as there are Americans, his memory will be cherished with execration and loathing."

The university took the position that Oliver's article was protected speech under the First Amendment. That must have been small comfort to Leo Koch, who remained so infamous that when he found a job in 1964 as a science instructor at the progressive Camp Summerlane, near Brevard, N.C., rumors of nudism and free love swept the area and the campers were attacked in a violent night raid by both townspeople and state troopers. 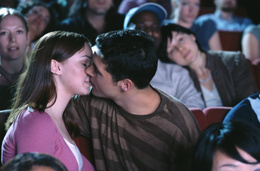 That was then and this is now. I grew up in that atmosphere. I had been working on The News-Gazette in Champaign-Urbana since 1958, and don't remember hearing anyone defend Koch's letter -- not even Joe Black, a melancholy, hard-drinking reporter who wrote Beatnik poetry. Universities followed the principle of in loco parentis, believing they acted "in the place of parents." Today's co-ed and gay dorms were not remotely envisioned.

As a result sex became problematical in everyday student life. The expectation was that you might get nowhere -- or if you did, you could be disciplined, arrested, or expelled. That is not to say we were chaste. Speaking only from my own experience, I had an increasingly active sex life on campus, culminating at a National Student Congress at the University of Minnesota in 1964 when I experienced the joy of intercourse with a female undergraduate for the first time. I was not a virgin, but those details are off-topic. I had adventures in 1965 at the University of Cape Town, but it was not until the early winter of 1966, when I was in graduate school, that I experienced intercourse with a student in Champaign-Urbana for the first time, at 23. 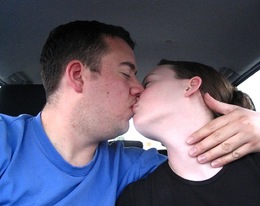 Was I behind the curve? At the time I bitterly thought so. Nothing has changed my opinion. At my advanced age, I thought I must be one of the last to get on board. This was after the introduction of The Pill and the legalization of pornography and during the run-up to the Summer of Love and considered myself the most ill-served young man of my generation. I knew many couples who were living together. Others were "going to Chicago for the weekend," wherever Chicago might happen to be. I was a member of the Capitol Crowd, the graduate students who drank in a beloved Green St. bar and eatery. We were the local bohemians, such as the town possessed, and the bar was equidistant from an art theater and the Turk's Head Coffee House, where students declaimed their poetry. The Capitol's atmosphere was relaxed. One Friday night an assistant journalism professor took off his clothes and madly ran around. On Monday morning, he met his class. The incident, as they say, "didn't get back to anyone."

It was one night in the Capitol that I saw for the first time one man kiss another one full on the lips. This took place among guys we knew at the next table over. I clearly recall that we all fell silent, our eyes evaded one another, and none of we bold bohemians could utter a single word. Something like a mild electric shock ran through my body. No, I didn't "discover I was gay." I discovered that other people surely were. Until then homosexuality had been witnessed by me only in novels, poetry, vague scenes in films, and rumor. I knew lots of "queers," by which I meant "effeminate," but my imagination stopped more or less with them laughing about the same things. 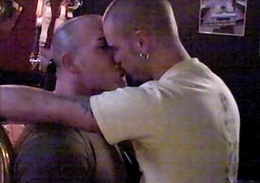 Was I hopelessly naive and backward? Certainly so. But those were different times. I have written before that to my knowledge all of the women in the Urbana High School Class of 1960 were virgins on graduation day, except perhaps for one who was dating a university student. I realize in writing that this probably cannot be true, but you might be amazed by how close to the truth it was in 1960. I don't think I'll call for a show of hands at our reunion this summer.

Yet I said I had an active sex life. It is true. What did we do? We made out. In the words of the good professor, we Petted, although I never heard anyone use that word. As the editor with the key, the privacy of the photo library at The Daily Illini was a godsend. On the desk of the editor's office I did some intense proof reading. As a townie I drove a car, and on the front seat of that old Ford I experienced indescribable delights, made all the more exciting because they were restrained. We kissed. We fondled breasts. My hands strayed to the netherlands. My own movables were subject to trespass. Orgasms in the case of both parties were far from unheard of, although (a) you had to know the girl pretty well, and (b) you both might pretend they were unintended. Eventually I might progress to the point where "Oops!" became a word of delight, but that took a while. 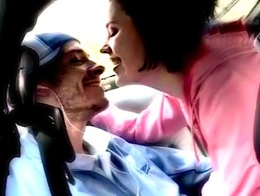 Part of the game was to get...right...up...almost...to the Oops! Point. If you helplessly hurtled past it, well, as Dean of Men Fred Turner used to warn us, Always remember boys! A stiff prick has no conscience. Anyway, so he was widely quoted. I never heard him say it. I never met anyone who did. It was always someone else who had heard him. I learn that the phrase may not have been strictly original with Dean Turner, and in Roman times was expressed: Penis erects non compos mentis.

Like many old farts my age, I don't know what to make of the sexual habits of younger generations. I hear about Hooking Up. The term is widely in use, and refers to the exchange of physical pleasure, not necessarily intercourse, between two people who may not be going together or in fact may not have been introduced and indeed may not be strictly sober. Let me assure you that Hooking Up was discovered long before it was named. 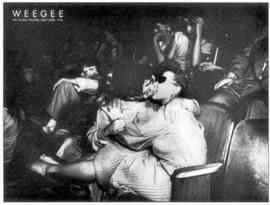 I also hear about "sexting," and even dates via the internet. This strikes me as sad. Many teenagers today seem to live as hermits, connecting electronically. Sure, we were accused of "living on the telephone," but it was to plan or recall or speculate or fantasize or gossip about what had/would/might occur in real life among physical people. I learn young people don't "date" so much anymore. They "go places in a group of friends." Jeez, haven't these kids ever heard of ditching your friends in order to...whatever?

I believe that with the sexual freedom and sophistication of these times, the emphasis centers too much on orgasm. Birth control eliminated a prime motivation for abstinence. The good professor was right. Making out became less "necessary." Hell, it was never necessary to begin with. It was fun, most especially between two people who enjoyed playing together. I believe that many of us have a strong, if not fully articulated, desire for extended periods of making out. No, I am not referring to "foreplay." Making out need not be "fore" anything. It is its own reward. Some of the truest words I've ever written are:

With modern contraceptives and medical advice readily available at the nearest drugstore, or at least a family physician, there is no valid reason why sexual intercourse should not be condoned among those sufficiently mature to engage in it without social consequences and without violating their own codes of morality and ethics. A mutually satisfactory sexual experience would eliminate the need for many hours of frustrating petting and lead to happier and longer lasting marriages among our young men and women.