"Life Itself" to Screen at Chicago International Film Festival

"Life Itself," director Steve James's acclaimed documentary based on Roger Ebert's 2011 memoir of the same name, will have a special screening at the 50th Chicago International Film Festival. James, the filmmaker behind "Hoop Dreams" and "The Interrupters," is scheduled to be in attendance along with his documentary subject, Chaz Ebert, Roger's wife and publisher of RogerEbert.com. The screening will take place at 8pm on Wednesday, October 22nd, at the AMC River East 21. For tickets, visit the official festival site.

The Chicago International Film Festival runs from October 9th through the 23rd. The Roger Ebert Award will be presented to a filmmaker during the festival's annual awards night on Friday, October 17th, at The Sofitel Chicago Water Tower, 20 E. Chestnut Street. 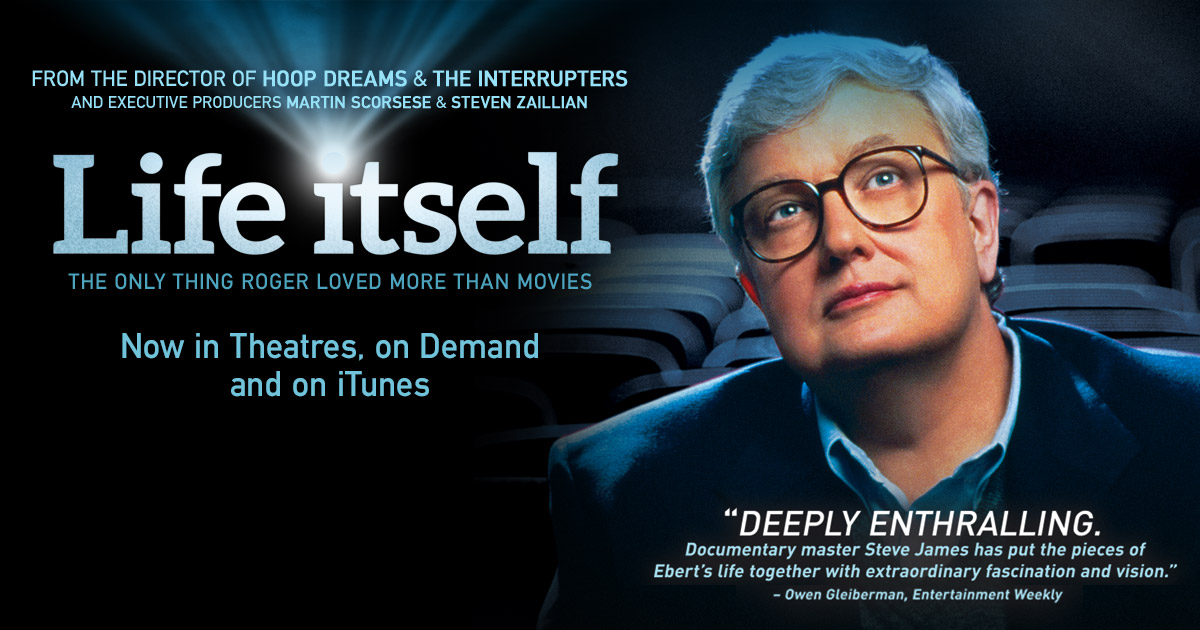