I'm still not all here 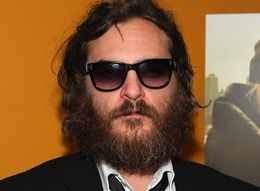 We now have it on Casey Affleck's word that "I'm Still Here," the film about Joaquin Phoenix's apparent descent into self-destruction, was a hoax. We cannot doubt this. Well, perhaps we can; the possibility exists that Affleck caught so much shit after the release that he decided to back off from his devastating portrait of his brother-in-law. But let's agree it is a hoax.

Now the spinning begins. Who fell for it, and who didn't? And why does it matter? I think it matters because it helps establish what the film achieved and how it achieved it. As a documentary it is the sad record of a man lost in the wilderness of drugs, ego and narcissism. As a fake documentary -- a fiction film -- it is a rather awe-inspiring record of a piece of high risk performance art played out in public by Phoenix and Affleck over more than a year. It would be interesting to know which we are watching.

I fell for it. Sure, I expressed some doubts and reservations, but I reviewed it seriously, and even expressed my hope that Joaquin would pull himself together. I was not alone. I've read all 30 reviews linked by Metacritic.com, which surveys major critics and publications, and here are the totals I came up with: 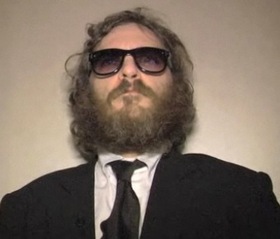 If you are one of these critics and believed I have misread you, tell me and I will switch your vote. Some critics believed the film's actual impact was more important than its authenticity. (Stevens: "It's real even if it's a hoax;" Rodriguez: "If the movie is a fake, the filmmakers deserve Oscars for creativity.")

Of those who believed it fake, the one who did the best job of calling it was David Edelstein in New York: "[The word] 'hoax' strikes me as inapt: Was anyone with half a brain actually deceived? I prefer the word 'act.' In Casey Affleck's drolly poker-faced documentary, 'I'm Still Here,' Phoenix's metamorphosis looks less like a scam than a go-for-broke art project, an outlandish psychodrama with a nucleus of truth."

No other critic burned as many bridges as Edelstein. Young in the Hollywood Reporter called it a "mockumentary," Felperin said it "blends real and faked," and Dargis said it was "a deadpan satire or a deeply sincere folly (my money is on the first option)," although by calling it an option she leaves the second open. Still, her review can fairly be called non-believing. 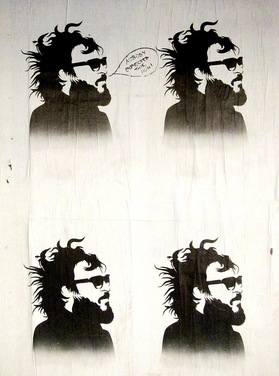 Of the 17 in the middle, there is a certain hedging of bets. Both possibilities occurred to them. The rest of us left ourselves no escape route.

This is a compliment to the film, however backhanded. And indeed there is little correlation between how much the critics liked the film and whether they thought it was a hoax. Gliberman of Entertainment Weekly believed it and Metacritic rates his review at "91." Edelstein didn't believe it and Metacritic says "80." Writing "Rarely has the question of a documentary's artifice matters less," Phillips of the Chicago Tribune gave it Zero Stars, because he hated, hated, hated it.

What does all this mean? It means that Phoenix and Affleck have created a risky and quite interesting film. I suspect some of the negative reviews reflect distaste with the way Phoenix presents himself, but that doesn't make the film bad. You don't have to like the central character, and you shouldn't complain if a film makes him as reprehensible as it hopes. 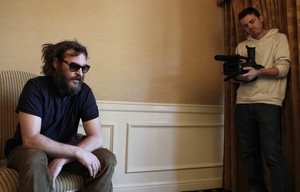 Now that Affleck has spilled the beans, "I'm Still Here" can never be seen in exactly the same way again. I saw it screened in Chicago on Sept. 7, and my review went online the night of the 8th. Others saw its actual Toronto premiere. No critical consensus had formed when we wrote our reviews. We responded to the visceral experience.

Yes, it's possible today to go back and point to "obvious giveaways." I'm sure to get lots of comments from readers who of course were not for one second deceived. It wasn't so easy when you saw it cold. What tilted me was this question:

• Why in the hell would Joaquin Phoenix go to a year's effort to paint such a repulsive and negative portrait of himself?

On the other hand there's this question:

• Why in the hell would Summer Phoenix Affleck not throw every dish in the house at her husband if her brother hadn't been acting? 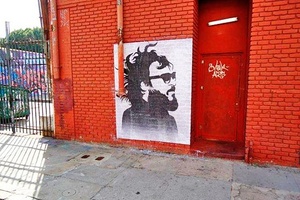 Both of those questions are tributes to the acting and filmmaking. We can find blips and raise questions about the veracity, but it's hard to believe anyone would voluntarily make this up. In the film Joaquin hoovers in cocaine, buggers hookers, vomits, appears before a stunned Miami audience as a semi-conscious zombie, makes his stupefying appearance on the Letterman show and rages like an egomaniac. If it's acting, it's good acting.

I invite comparison with the work of that great actor Sean Penn in "Hurlyburly" (1998), based on the David Rabe play, in which Penn plays a casting agent stoned out of his mind on cocaine. It's a good performance, but no one would think they were looking at the real Sean Penn. In "I'm Still Here," on the other hand, even those who thought the movie was a fake had strong personal responses to Phoenix's performance -- at least partly based on the assumption that it had to be relatively autobiographical. The charitable speculation was that perhaps Phoenix and Affleck were drawing inspiration from Hollywood people they know, some of whom haven't yet died. 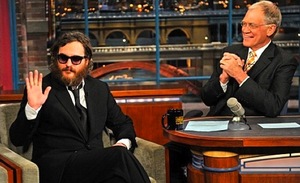 The film's visual and sound style also come into question. This is either a roughly-made documentary, or a fiction film brilliantly made to resemble a roughly-made documentary. One is reminded of Dr. Johnson's observation, "it is not done well, but one is surprised to find it done at all." For example, there's a shot taken after the disastrous Letterman appearance. Phoenix bolts out of a limo in Central Park and scrambles up a hillside into the shrubbery. It is difficult to believe he really did this. "Is it a little too perfect dramatically?" I asked in my review. Yes, but not too perfect in its visual competence. You can lean either way.

As for the Letterman appearance itself, Affleck says Dave wasn't in on the joke. I believe it. I've watched that video several times. It shows Letterman as the master of his space, dealing with the incoherent Phoenix about as well, and amusingly, as was seemingly possible. But look at Phoenix's body language. As he enters, he conveys a subtle, exact sense of dimly intending to play the role of guest although he's in a clueless state. Throughout the appearance, you don't see him going too far or breaking the reality he's constructing. No matter what we now know, it's a remarkable few minutes of acting and/or behavior.

As I write, there has not yet been an "official" statement from Phoenix himself. All we know for sure is The New York Times interview with Affleck in an all-night LA diner, a few days after he insisted at Venice the film was not a hoax. Phoenix is reportedly set to make a return appearance on Letterman on Sept. 22. The only thing I'm fairly sure of is that he won't be contrite.

In the Guardian: A fascinating piece about Casey Affleck at the Venice Film Festival, when he was still stonewalling the press. If the film was factual, how to explain the appearance at the Hotel Excelsior pier of a barbered and clean-shaven Phoenix? 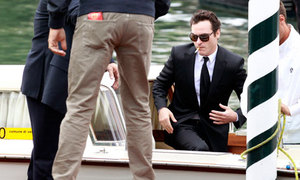