I wonder if this will work 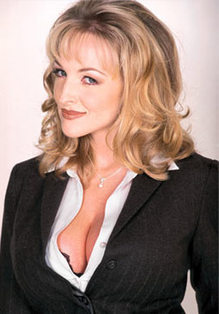 "Nobody on the web has figured out how to make any money," I said one day before a screening at the Sundance Film Festival. I was talking to another movie critic whose reviews were also online.

"My wife has," said a voice behind me. I turned around and saw a robust man in a ski sweater who seemed to be bursting with things to tell me.

"She has a Web site that's making a lot of money."

"Her name on the Web is Danni Ashe."

Danni Ashe! The name rang more than a bell. Danni Ashe, proprietor of Danni's Hard Drive One of those few webmasters capable of taking their shirts off without driving down the hit count.

That was 13 years ago. The last time I heard from Danni and her husband, Bert Manzari, they were living happily in one of those states with ski slopes. Bert in those days was senior vice president of Landmark theaters, then and now a haven for art films. We all had dinner and Danni explained how if there was one thing you could put behind a paywall, it was porn. The Hard Drive was especially popular in Saudi Arabia, where pornography is against the law. Her webmaster could tell when Saudi men got home from work, because the hit count spiked.

Danni started with $8,000, a copy of HTML for Dummies, and Nicholas Negroponte's 1995 book Being Digital. Danni told me she was "doing all right" with her site's income. I learn from Wikipedia:

By 2001, the website had made a profit of $6.5 million the previous year and was estimated to be worth 30 million dollars. Ashe was considered the most downloaded woman on the internet with her image being downloaded a billion times. She is the only woman in the world who has appeared on the cover of both the Wall Street Journal and Juggs magazine. 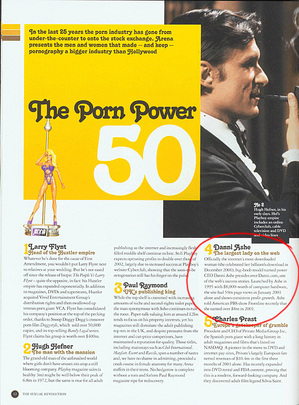 She still holds that distinction, I'm sure. I'm telling you this story not merely as an excuse to run Mrs. Manzari's photo at the top of this entry. I have a more immediate purpose. I want to make some money from the web. It may appear that I have an enormously successful web site here. I do. But I'm not making any money. In the years since the site began, my share of the profits has come to a pauper's penny. The Far-Flung Correspondents aren't the only ones here working for free. To be sure, the Sun-Times pays me handsomely, although less handsomely since we all went through a "belt-tightening," so as not to lose our pants.

In my dreams, it was different. I remember with what glee Gene Siskel and I once pondered Negroponte's book, with its speculation on whether users would pay two cents to read two of our reviews. Negroponte actually used us as an example. Gene and I pounded on the office calculator: 250 reviews, times two cents, times 10,000 users, or 50,000 users, or three million users...wow! If three million people paid two cents for our reviews, there'd be $15 million for us to split! But, hey, even if 5,000 users paid two cents for half our reviews, we'd gross $12,500. Nice. 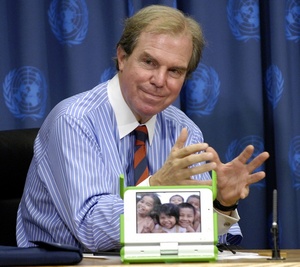 Negroponte said the answer was micropayments. Instead of charging a large fee for a subscription, why not charge a penny a page? The technology to collect the money existed then, and is better now. How much would micropayments cost the average Web surfer? The Web pundit Jakob Nielsen ran some numbers years ago. He thought heavy users might average 46 pages a day, which at a penny a page would work out to around $14 a month. Well, how much do you pay your service provider? What if there was nothing to provide? I think 46 pages is way on the low side, but of course not every page would have a charge attached. There might be PayWeb and FreeWeb.

As you know, micropayments went nowhere. In 2009 Google unveiled a plan to run them through Google Checkout. We will see. The web that we surf every day is not paying for itself, and we sure as hell aren't paying for it. You read me for free, and I read everybody else for free. This is not news. To save you the bother of reading to the end of this entry, I don't have a brilliant new scheme for changing things.

I know there must be web sites that turn a profit. I believe even certain movie critic sites must turn a profit, because the critics aren't subsidizing them themselves. I'd say Movie City News, Ain't It Cool News and JoBlo (below) make money. Probably a lot more than I don't. Yes, I have ads. Quite a few over the course of a year. Distributors who actually open good films (you know the kind I mean) have been kind to me. But have I run a single ad this year from an Oscar Season campaign? I believe not. 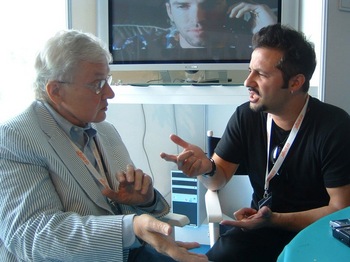 I'm not part of the usual "studio buy" for purposes like that. For the better films, I should be. I am the most-read movie critic on the web. I don't think the studios give a shit about critics. Their online budgets gravitate toward sites with celeb photos, downloadable wallpaper, gossip,"exclusive" trailers, that stuff. My readers actually buy tickets and go to movies at a much higher rate than the national average; just read one of the comment threads here. But for the big tentpole movies, you know what? The marketing people aren't looking for readers. They're looking for buzz.

Enough about my site. I suppose you read about how Newsday, the Long Island newspaper, spent $4 million to upgrade and redesign its web site, and went behind a paywall. Maybe you saw this headline on the web:

Oh, Newsday tried to spin that. Their newsprint subscribers got the web site for free, etc. Point taken. But they were getting it for free before the $4 million relaunch. The Wall Street Journal is behind a paywall. Readers who need it are willing to pay. General readers, the ones Rupert Murdoch is tilting the newspaper toward, are not. They can get The New York Times for free. When the Times goes behind a paywall, which it says it will starting in 2011, the Times will do better. I know I'll subscribe.

But if you don't want to pay, well, there was a recent media story predicting that the Guardian of London will become the dominant quality paper online. It is a great newspaper. The London Telegraph, Independent, Times, and mid-market Daily Mail are also great papers, each in its distinctive way. Consider the great Americans dailies online. The networks. The cable news stations. HuffPost, The Daily Beast, The Breitbart Report (if you must). You don't absolutely have to read The New York Times. I do, but that's just me.

Jim Bunning stood on the Senate floor ranting about how the Senate had no plan to fund the bill he was blocking. The Senate already knew that. In a show of unanimity, Republicans and Democrats together voted to pass the bill by unanimous consent. Only Bunting voted against. He was worried about the National Debt. Today let's instead consider the Internet Debt. When I picture the Internet, it looks curiously like this.

I'm not even thinking about the net's infrastructure. We help pay for that through our service providers. I'm thinking about the content. Who pays for that? For the most part, nobody does. Newspapers, TV networks and magazines spend their good money to give themselves away for free. Some of the best writing I come across is by unpaid bloggers. A site that obviously makes money, like Amazon, nevertheless provides to a huge free database. They could list only books they actually have for sale, but they don't. Of course retail sites have to make money, judging by the money I spend with L. L. Bean. But you know what I mean. 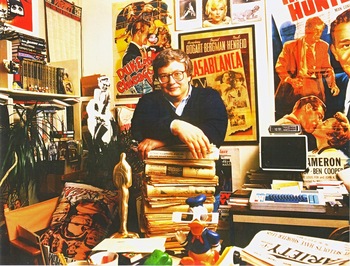 I would hate for my reviews to go behind a paywall. I have around 10,000 of them here. For many years they existed only as a pile of yellowing tear-sheets. You can see me leaning on them in the photo above, in my old Sun-Times office. You wanted to read an old review, I might have let you leaf through. Now here they all are online, being read every day from virtually everyplace in earth. One in Yemen, one in Pago Pago, it adds up. Daniel from Pago Pago is a valued commenter on the blog. Think how great that makes me feel. If I go behind a paywall, however, and a high school student in Mexico is doing some research, there are lots of other excellent critics on the web, and everybody knows it. I'm pretty sure I could get more than 35 subscribers, but a million? ("Gee, Gene, at a penny apiece, what would that come out to?")

This entry is not a pitch for The Ebert Club. It is a justification. Once upon a midnight dreary, while I pondered weak and weary over many a quaint and curious file of optically scanned tear-sheets, it occurred to be that perhaps the answer was to experiment with Value Added, as the British put it. Keep the site free for everybody, and find out how many readers might be willing to pay a little extra for an additional resource. I enlisted a longtime reader, Marie Haws, to serve as the Club Secretary. She's an artist, a graphic designer, an animator, and, as blog readers know, a Surfing Master. She will oversee our Club Newsletter. I've signed up for it myself.

This page accepts major credit cards and Pay Pal. You can specify that club e-mails go to a different address than your billing address. You will receive a direct e-mail confirming your membership (not instantly; it will come from human hands). 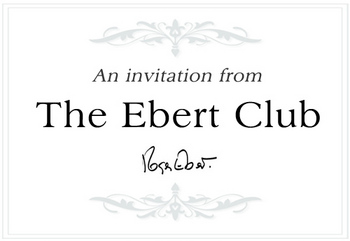 Jaron Lanier speaks at City Lights about micopayments
Report in late 2009 about Google's micropayment idea
In 1984, Negroponte predicts the future at the first TED conference.
Advertisement