Snarking is cultural vandalism. I have arrived at this conclusion belatedly. I have been guilty of snarking, and of enjoying snarks. In the matter of snarking, I spake as a child, I understood as a child, I thought as a child. But it has grown entirely out of hand. It is time to put away childish things. I must restore my balance, view the world in a fair way, hope to inspire more appreciation than ridicule. No doubt there will always be a role for snarking, given the proper target and an appropriate venue, and I reserve the right to snark when it is deserved, as in certain movie reviews. But in general I must become more well-behaved. A snarker is one who snarks. The word is said to be a combination of snide and remark. There are slithering undertones of shark, bark, and stark. There is also, for me, an association with snipe. The practice involves holding someone up to ridicule not so much for anything they actually did, as for having the presumption to be who they are.

When Joaquin Phoenix appears on the Letterman program and behaves as a semi-catatonic weirdo, for example, he is instantly made the butt of imitators on the Indie Spirits and the Oscars, and the snarky presumption is that he is now a laughable buffoon. All memories of his splendid acting career are erased. He is past his sell-by date. The actor from "Gladiator" and "Walk the Line," twice nominated for an Oscar, is now ridiculed on the Academy stage.

Let's take him as a case study. When Phoenix was satirized on the Indie Spirits, I doubted anything on the Oscarcast was likely to equal it. The next day I wrote that the Oscar had proven me wrong. There was no hint that I objected to the portrayals. Those second thoughts arrived only belatedly, along with the reflection that if Phoenix really was "nutzoid," the segments were in poor taste. But nutzoid itself is snarkspeak, and I should have written "mentally ill," not to be Politically Correct, but simply to be decent. 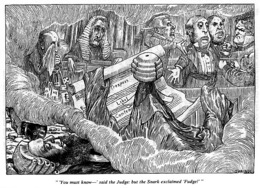 Now consider the widely-held theory that it was all an act, a put-on, a chapter in the life of the hip hop persona Phoenix is creating. In my opinion, that's the most likely explanation. In that event, was his appearance on Letterman snarkworthy or praiseworthy? We cannot deny it was compelling television. We watched with an intensity that TV rarely inspires. Something was really happening. Phoenix completely committed himself as an actor. There was no safety net. He bewildered Letterman on a program where David has shown himself unflappable and serene for 27 years. That is no small achievement. Does it deserve scorn, or admiration? We still don't know if Phoenix was "real" or not, and that is an accomplishment.

Step back to see how snarking has worked in this case. It has operated almost as a reflex to smack down behavior that upsets our expectations. It essentially says: Get back in line, Phoenix! Think now of Howard Dean's scream, Janet Jackson's wardrobe malfunction, Sarah Palin's inability to name her reading material. Did we really think, even at the height of political passion, that the governor didn't read any newspapers? That would be George Bush, who said he didn't.

There was an old Disney "real-life adventure" titled "The Living Prairie" that had a funny montage of prairie dogs sticking their heads up out of their holes, taking a quick look around, and ducking back down inside. Snarkers are like snipers trying to catch prairie dogs in a moment of vulnerability. Americans have never been eager to adapt French words, but gaffe became the word du jour during the political season. A politician dare not commit one. In week after week of relentless campaigning, not one word could be wrongly spoken. John McCain referred to an audience as "my fellow prisoners" and was never allowed to forget it. But we all do things like that. In giving a talk about the Oscar candidates one year, I said: "Darky is the rock horse." Yes, I did. Let a politician try that. 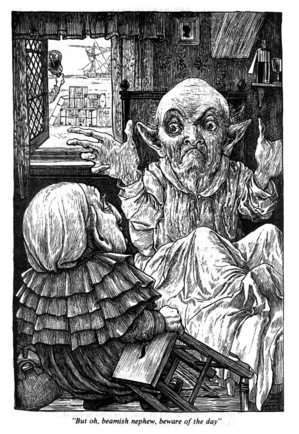 Left and above: Illustrations by Henry Holiday from the 1876 first edition of Lewis Carroll's "The Hunting of the Snark"

What concerns me is that snark functions as a device to punish human spontaneity, eccentricity, non-conformity and simple error. Everyone is being snarked into line. All celebrities are under unremitting scrutiny. How dare Angelina Jolie and Brad Pitt, or Mia Farrow before them, adopt more than one Third World baby? Do they have nothing better to do with their money?

Snarking has been part of the air we breathe for a long time. It is said to have entered American pop culture in the 1950s, with Mad magazine, Stan Freberg, and so on. Not at all. They were practitioners of the honorable art of Satire. They exaggerated traits rather than punishing them. There was affection involved. Snarking has come into its own as a rhetorical style in this age of the internet. The web simultaneously allows anybody with a computer access to a worldwide audience, but the probability of complete invisibility. You can speak, but in a sea of so many words, no one will hear. You can win listeners by writing something worth reading, but you can win them more easily by snarking. When you snark the famous, you not only associate yourself with them, but propose yourself as their superior. This is so essential to the process that I rarely observe the snarking of an unknown person.

Snarking seems to be moving beyond specific occasions and becoming a deliberately chosen posture. I realized then when coming upon Nikki Finke's now somewhat notorious blog entry titled "Live-Snarking the Oscars." It can serve us today as Exhibit A of the Plague of the Snark. Finke is widely followed by people in the movie biz, but sometimes you wish she'd dial down a little. Please note that she began with that title, before having seen one second of the show or writing one word. She had come to snark. There was no possibility she would enjoy the TV program. In her very first words, she made her agenda clear:

What followed was remarkable for its vitriol. It was possible to disapprove of the Oscar show, certainly, but was it the work of malefactors with evil intent, lacking all taste and good intentions? Her fourth paragraph:

The Snark: A classic problem in Variant Chess

The Oscars did somehow succeed in posting a 13% ratings increase, and in the top markets outperformed the combined ratings of NBC, CBS and Fox by 30%, but never mind. The show was too gay. Did Finke's snap judgment, so early in the evening, have anything to do with the common knowledge that the show's co-producers, Bill Condon and Laurence Mark, are openly gay? It seemed to me that Jackman sat in the lap of the openly straight Langella not as an exercise in gayness but because the opening routine employed the first row of the audience and because what should he have done instead? Sat in Meryl Streep's lap? How would that have played?

Surfing the web, I discovered that Nikki Finke was part of a majority among Hollywood-based writers. One big LATimes headline was: "Hey, Hugh, what was that all about?" The usually astute LATimes reporter Patrick Goldstein wrote:

Say what? It seemed to me a lot of people were happy that "Slumdog Millionaire" won. There was suspense enough for the evening in the Sean Penn and Mickey Rourke stand-off. It was left to my friend Ken Turan, the LATimes' film critic, to strike a note of sanity: 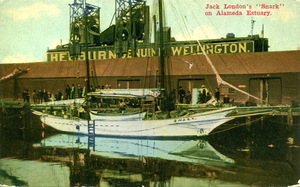 Ken is a nice guy. Good-humored and friendly. At Cannes and Sundance, he and I have taken to sitting in the same section of the audience--we both like the left rear--and I absorb the gusto with which Ken absorbs films. Yes. At the end of the year we've reviewed maybe 250 of them, and we all have our personal lists of the bests. We understand the Oscars are silly, that they're not really honoring the year's five best films, but what the hell: They're like a wrap party. Let everybody dress up and have a good time.

Besides, they're fun. We shouldn't even be movie critics if we don't have a soft spot for movie stars. And if a slumdog underdog wins, it feels good. Never mind if the "best film" won. Many years, it isn't even nominated. ("Synecdoche, New York" would be an excellent example.) Five films were nominated, and "Slumdog Millionaire" won, and there were the filmmakers and the whole cast, including the kids, up there on the stage, along with India's beloved musical superstar A. R. Rahman, and of course it made me feel great.

The Oscars played well at his house, Ken wrote. At my house, too. "Weren't they terrific?" Chaz said. Reading through the comments on my Oscar blog entry, I found that most of my readers expressed delight with the show. Scanning other blogs, same thing. Talking to ordinary people, more praise. I can't remember a year when so many people volunteered that they had enjoyed the program. Ordinary people, not Hollywood insiders, back-biters, self-haters, fault-finders and snarkers. You know, the West Coast Elite. 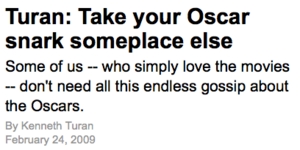 This process of reevaluating snarking has been good for me. It is easy to snark, and I am a clever writer. I must resolve not to take cheap shots, except in those cases of truly bad movies; in such reviews, I believe readers understand the rules can be bent. In true snarking, there is no such thing as a cheap shot; the gold standard is the Good Shot. It's important sometimes to be reminded that it's okay to admire. To praise. To enjoy yourself. To admit to having a good time. To not care about what other, snarkier, people might say. I need to keep in mind the words of Robert Warshow I like to quote: A man goes to the movies. The critic must be honest enough to admit he is that man. I watched the Oscar program. I thought it was the best I've seen. So that's what I think, and if you don't agree, you can go snark yourself.

Each thought he was thinking of nothing but "Snark" And the glorious work of the day; And each tried to pretend that he did not remark That the other was going that way.

A moment of peace: The "In Memoriam" montage we missed:

Starts at 5:30 PM PT... Come for the cynicism. Stay for the subversion. Add your comment. Refresh for updates. Warning: Not for the easily offended or shocked.

"OK, I'm going to say it: GAYEST OSCARS EVER! (Not that there's anything wrong with that. I voted against Prop 8.) But Hugh sitting on Frank Langella's lap? Talking about kissing him? After performing a song and dance number? Seriously, did Larry Mark and Bill Condon deliberately try to ruin Jackman's career by giving him ridiculous material and props like a lawn chair? More importantly, tell me how this number is going to widen the audience for the Oscars which the Academy was desperate to accomplish tonight?"

It's hard to blame the producers for some of the problems. It certainly wasn't their fault that "Slumdog Millionaire" swept the evening, robbing the proceedings of any real suspense--you know you've got a drama deficit when the biggest upset of the night came in the foreign language film category.

No one is required to love the Oscars just for being the Oscars, but speaking for those of us who do, I think its only fair to ask everyone else nicely but firmly to butt out. This is cosa nostra -- our thing -- and if it's not yours we can live very well without your attention and your scorn."