How pleasant to meet Mr. Lear! 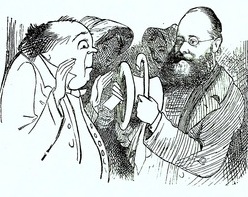 The limerick's a form metronomical, For the telling of jokes anatomical. Yet the best ones I've seen So seldom are clean, And the clean ones so seldom are comical.

Auden, that very good man Said a limerick need not merely scan. But put up a struggle And bend itself double To be decent, and fail at the plan. 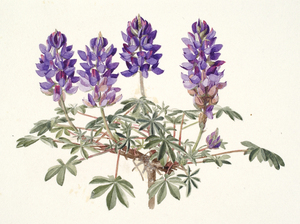 The limerick was invented by Lear A gent who was bearded and dear And was also an artist And orthinologist And man of unlimited cheer.

He was the last child of twenty-two, And raised by a sister, for a few Of his brothers and indeed his poor mother, Had fled to far Kalamazoo. 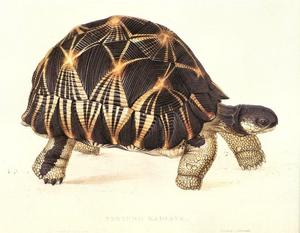 The bountiful Earl of Derby And his wife, the Countess of Barbie, Kept a menagerie wild And diverse and compiled As his grace's, the Jesuit Debarbe.

To the Earl's at age only twelve, Young Edward was invited to delve Into parrots and monkeys And turtles from Humphreys And draw from their very own selves. 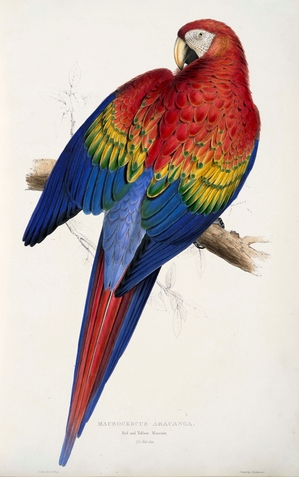 He had a good line in ferrets, And his many splendiferous parrots With their crimson bright feathers So good for all weathers; He competed with Audubon on merits.

The Earl had a dog and Lear fought it, And then with his pen he so wrought it That in every detail It was quite without fail. I know this for sure, for I bought it: 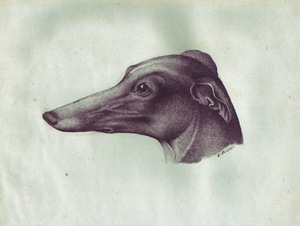 The prodigy's fame quickly spread, To the ears of the empire's crowned head, And good Queen Victoria, Filled him up with euphoria, By offering to pay for his bread.

In return for this favor he taught her Such colors as Payne's grey and ochre. She learned how to draw So her court was in awe. While Edward made eyes at her daughter.

Victoria inspired no rumors Her sex life with Albert consumed her. Young Edward grew naughty But Vicki grew haughty And slapped down his hand from her bloomers.

Our artist then quite fled abroad And with hunger and poverty was gnawed. He said he would pay By painting each day. It was either that, or try mail fraud. 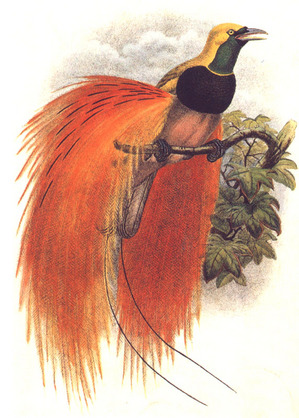 Edward had an affliction That caused a severe interdiction and sympathicotripsy, and was known as epilepsy And in England this caused him some friction.

That nation was sorely backwards In confusing epileptics with drunkards. But in Persia and Syria, Greece and Iberia, He was always welcomed by landlords.

His travels were restless and ceaseless And cashless and casteless and easeless On the back of a mule He looked like a fool But acted with oblige noblesse. 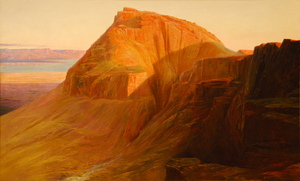 At his side was the faithful Suliot, Who in service was faithfully fervent. By name Giuseppe Orsini, He could mix a martini And stir up some quick fettucini.

They trekked down the French Riviera; It was then of a much different era. The Côte d'Or Was a sunburning bore Where the rays required much aloe vera.

They had snifters of brandy On the famed Canale Grande, And strolled on the Lido Without a tuxedo While perfecting their modus operandi. 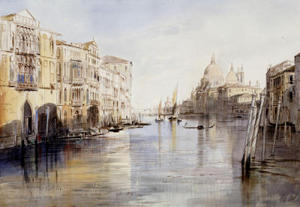 Lear's watercolors in Greece, Which he often sent home to his niece, Attracted charge d'affaires And Greek millionaires, And were marked up the better to fleece.

In Palestine he painted the Holy Land Which remained in great demand. He sold to the faithful, Invariably grateful, Who were advised to arrive cash in hand.

He met a young man in Baghdad Who dreamed that he was a shad. He thought he was spawning, And then, the next morning, He found that, by Jesu!, he had. 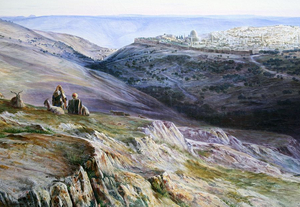 In Egypt he found it worthwhile To observantly paint on the Nile. He saw camels and Pyramids And mummies and caryatids And descendants of people of Phyle.

He drew Kurdistan and Afghanistan, Turkmenistan and Tadzhikistan, And places where yeast Was the whole of a feast, While wrapped up in a Harrods' green kaftan.

Yes, Lear was a charming colorist With paper and ink an abogenesist. He took out his pad All bound up in plaid And drew up the local Alkoranists. 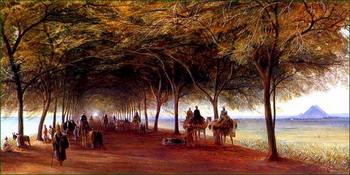 In India, he witnessed two celebrants Married while riding on elephants. He gave a hurrah To the maharaja, And was rewarded with solid gold underpants.

At the Royal Academy, Lear played in the shade of Piccadilly Arcade. Pride of place in the show, With its own special glow, Was his old Jersey cow on parade.

It was a tad smaller and a good deal older But oh, how it struck the beholder. Said the Lear expert Noakes In her big book of notes: "It is a rare prize for the owner!" 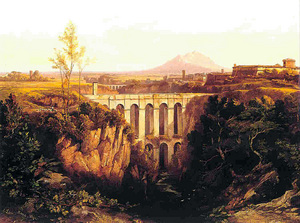 "It's the first from that wise-cracking Titian That's a completely polished rendition. Not a sketch or a drawing, A cartoon or a scrawling But a masterly studio composition."

I bought it from Spink's, After the Red Lion for drinks. Did I know it was early? No, and nor did Miss Burley. We were both just as dumb as the Sphinx.

"It's very pristine, and incredibly clean And we got it from Ebert unseen. So for Wastwater we thank him And dine him and swank him! Oh! And also, HRH the Queen!" 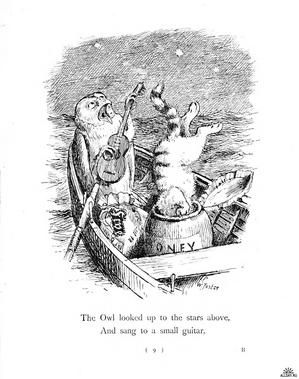 In old age Lear grew immersed In some of his Nonsense Verse. He wrote "The Quangle Wangle's Hat" And the "Owl and the Pussycat" But it drew from his art like a curse.

Of the "Dong With the Luminous Nose" And "The Pobble Who Has No Toes," Of the Yonghy-Bonghy-Bo Where the early pumpkins blow And about Dorking Hens, tho they don't rhyme.

Having traveled the globe far and near He put out the shingle of "Lear" In the town of San Remo, Near the family Giaimo And there found retirement quite dear. 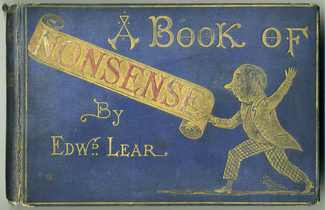 He and Giorgio drank Lapsang Souchong Which made them feel very strong, And his cat, named Old Foss, Was their tyrannical boss Though lacking a luminous prong.

Who but Edward would send invitations To all his friends and relations, To attend his demise And say their goodbyes Without any sad lamentations.

That day was reported by Bartelme, In "The Death of Edward Lear." You will find that below Told with a sweet glow But first we must pause for a tear. 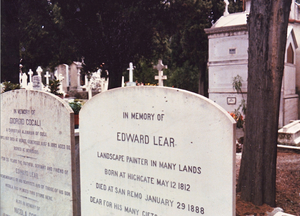 In San Remo churchyard Lear fell, Where Giorgio too heard the knell. They lie side by side For now they have died, And Old Foss is down there, as well.

The graveyard is filled with despair And monuments fearsome and drear And marble white stallions And blooming wild scallions. I know, for I have been there.

Let Edward express the last chord, About how his sunniness soared. He was a man sweet and kind And never maligned. With that the world was in accord. 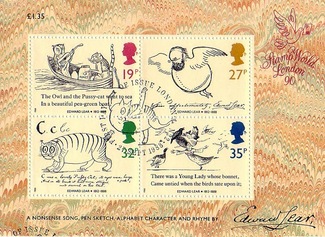 This following poem by himself Is composed in A, B, A, B. As practiced by Spenser And Herrick and Spender And many a rhyming young elf. 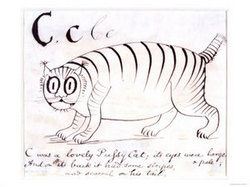 How Pleasant to Meet Mr. Lear By Edward Lear

How pleasant to meet Mr. Lear Who has written such volumes of stuff! Some think him ill-tempered and queer, But a few think him pleasant enough.

His mind is concrete and fastidious, His nose is remarkably big; His visage is more or less hideous, His beard it resembles a wig.

He has ears, and two eyes, and ten fingers, Leastways if you reckon two thumbs; Long ago he was one of the singers, But now he is one of the dumbs. 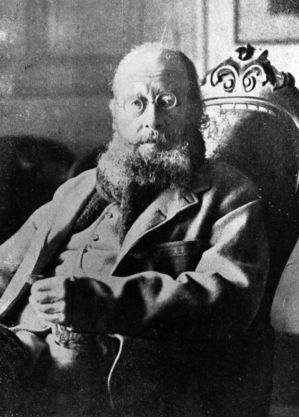 He sits in a beautiful parlour, With hundreds of books on the wall; He drinks a great deal of Marsala, But never gets tipsy at all.

He has many friends, lay men and clerical, Old Foss is the name of his cat; His body is perfectly spherical, He weareth a runcible hat.

When he walks in waterproof white, The children run after him so! Calling out, "He's gone out in his night- Gown, that crazy old Englishman, oh!" 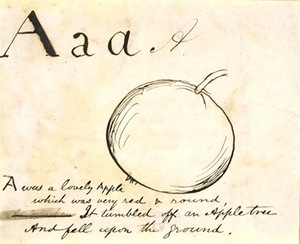 He weeps by the side of the ocean, He weeps on the top of the hill; He purchases pancakes and lotion, And chocolate shrimps from the mill.

He reads, but he cannot speak, Spanish, He cannot abide ginger beer: Ere the days of his pilgrimage vanish, How pleasant to know Mr. Lear! 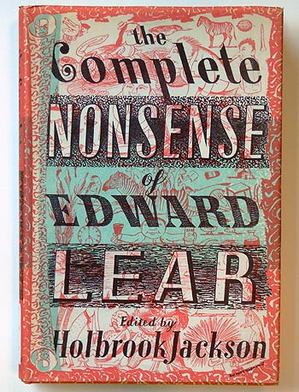 P.S. By running this all on the Web, I'll avoid a moment I dread When my editor, Laura Emerick, Will declare that a limerick Would never fit into a head.

For a touching presentation of Donald Bartheme's essay, "The Death of Edward Lear," portraying the scene at his bedside, click here. It was a dramatic event re-staged by theaters around the land.

More than you ever dreamed it was possible to know about How to Write a Limerick.