Hey, kids! Anybody here not heard the F-word? 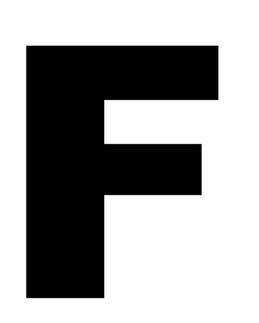 Even as I write on Thursday night, a screening of "Bully" (2012) is taking place in Washington that may or may not result in the film's MPAA rating being changed from R to PG-13. Jen Chaney suggests in her Washington Post blog that a compromise might even be possible. The film is a documentary about how bullying affected five families, and led to two suicides. It was slapped with an R, because of its use of the F-word. Chaney asked Lee Hirsch, the film's director, "whether there was any chance he would consider bleeping out one or two of those expletives if that guaranteed a PG-13 designation for the movie, thereby allowing teen audiences to see it."

Hirsch replied he believes the F-word makes the bullying more real. Yes, and so no doubt it does. In its article on the MPAA ratings, Wikipedia tells us: "If a film uses "one of the harsher sexually derived words" (such as fuck) one to four times, it is routine today for the film to receive a PG-13 rating, provided that the word is used as an expletive and not with a sexual meaning." Apparently "Bully" either exceeds the count or refers to sexuality. I haven't seen the film, but let's say it uses the word more than four times. Then let's say Hirsch removes some of those uses so that it is employed only once. Would that earn him a PG-13? He tells Chaney he's willing to do whatever will help bullied kids. But he adds: "If you take that away, it's one more notch against that experience. It's one more big societal minimizing, or sort of, negating, of the full extent of terror that comes with bullying."

Of course he is right. If a director wants to make a film against bullying, it is not for a committee of MPAA bean-counters to tell him what words he can use. Not many years ago, the word rape was not used in newspapers, on television--or in the movies, for that matter. But there is a crime, and the name of the crime is rape, and if you remove the word you help make the crime invisible. 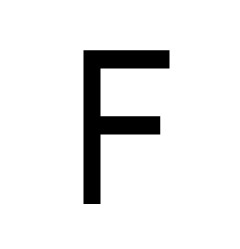 This is yet another example of the MPAA sidestepping ethical judgments by falling back on the technicalities of its guidelines. It is even more insidious because the MPAA never clearly spells out its guidelines, leaving it to filmmakers to guess--although they often judge by past experience. It seems to me that either the f-word word is permissible, or it is not. If impermissible, nobody should use it at all in a PG-13 film. If permissible, nobody should count. Is it a magic word, a totemistic expression that dare not say its own name? Is it a vulgar equivalent of such a word as G-d?

The MPAA began to set this trap for itself when it got into the ratings business in the first place. It was intended at the time not to promote public decency in language, but to provide the motion picture industry with a plausible way to head off local censorship boards. When I started at the Sun-Times, the city had a board of censors made up of the widows of police captains, and their rulings were often inexplicable. There was also the question of whether censorship was even constitutional. Jack Valenti, in 1968 the new head of the MPAA, came up with the rather brilliant notion that a new code should be "voluntary," and thus no test of the law. Studios and theaters would be asked for voluntary compliance. 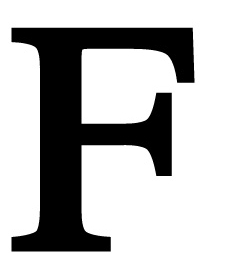 With a few small tweaks over the years, such as the creation of the PG-13 rating, the code envisioned by Valenti remains more or less intact. It has become increasingly irrelevant, because so many films are now released with no MPAA rating at all. Since a theater showing an NC-17 film may have trouble with its landlord, or with the advertising standards of some newspapers or broadcast outlets, their distributors simply avoid the issue and don't submit it for a rating; the world looks the other way. The films where a rating makes a difference are usually big-studio wide-release productions.

The one thing the MPAA cannot ever do, Valenti argued, is get into the business of value judgments. It can advise parents that a film contains the f-word, for example, but not whether that use is appropriate. Now that 20 members of Congress have come forward to sign a petition protesting the R rating of "Bully," we can assume that the film uses the word for justifiable reasons.

Over the years the MPAA's close ties with the business of motion pictures has become clear in its hypocrisy involving sex and nudity. Films depicting much nudity and sex can usually count on an R rating. Yet it's fair to say that a film can contain a great deal of violence and still qualify for PG-13. Sometimes the MPAA seems to be slipping in a value judgment with odd wordings, like "zombie violence," to signal that it's not all that serious, you see.

Now the defenders of "Bully" ask the MPAA to do something that makes it very uncomfortable: It wants the code and ratings administration to look at the film and say, "This film violates our standards for language in a PG-13 movie, but because it's a good film with a powerful and worthwhile message, we've decided to allow it a PG-13 anyway." 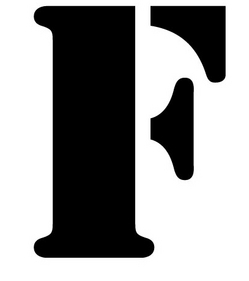 The pressure is mounting on the MPAA to do just that. The screening of opinion-makers in Washington was hosted by Christopher Dodd, chairman of the association. When the movie was over, he must have had conversations with squirmy moments.

The MPAA has painted itself into a corner. It will be interesting to follow this case. I suspect that the MPAA will somehow devise a way to give "Bully" a PG-13 and yet make it appear that it upholds its standards. But the fact is, unless it sticks to its R rating it has exposed the entire Code for the bean-counting it is. It will be expected again in the future to allow value judgments to affect its ratings.

In a debate after the screening, according to a later Post story, Dodd pointed out that the film could be released "unrated," and almost seemed to suggest he hopes that will happen, and let the MPAA off the hook. Harvey Weinstein, also at the screening, suggested an unrated release might be a possibility. Thus he will once again have scored one of his famous publicity coups.

There was once a time when Valenti could make a reasonable-sounding argument in favor of his ratings. I wonder what he could possibly say today. Wikipedia recalls Hollywood's Hays Office and its Code, which enforced strict guidelines for more that 30 years (it required even married couples, for example, to sleep in separate beds). The article continues: "Valenti, who had become president of the MPAA in May 1966, deemed the Hays Code -- in place since 1930 and rigorously enforced since July 1, 1934--as hopelessly out of date and no longer appropriate for the current film and cultural environment." Yes. And in 2012, you can say the same thing about Valenti's code.