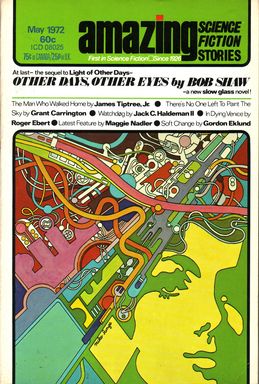 Fanzines were mimeographed magazines that were circulated by mail among science fiction fans in the days before the internet. They still are, for all I know, although now they're generated by computer printers.

I first learned about them in a 1950s issue of Amazing Stories and eagerly sent away 10 or 20 cents to Buck and Juanita Coulson in Indiana, whose Yandro was one of the best and longest-running of them all. Overnight, I was a fan, although not yet a BNF (big name fan). It was a thrill for me to have a LOC (letter of comment) published on such issues as the demise of BEMs (bug-eyed monsters), and soon I was publishing my own fanzine, named Stymie.

Then the university intervened, and I found myself publishing The Spectator (not precisely an original title), a weekly tabloid of arts and politics at the University of Illinois. I had become too busy for fandom, and found it wise to GAFIA (get away from it all). I have always been convinced that the culture of sf fanzines contributed heavily to the formative culture of the early Web, and generated models for web site and blogs. The very tone of the discourse is similar, and like fanzines, the Web took new word coinages, turned them into acronyms, and ran with them.

Think about it. Science fiction fans in the decades before the internet were already interested in computers, big-time--first with the supercomputers of science fiction myth, and then with the earliest home-built models. Fans tended to be youngish, male, geeky, obsessed with popular culture, and compelled to circulate their ideas. In the reviews and criticism they ran, they slanted heavily toward expertise in narrow pop fields. The Star Trek phenomenon was predicted by their fascination years earlier with analysis of Captain Video, Superman, X minus One and Sheena, Queen of the Jungle, and there were learned discussions about how Tarzan taught himself to read. 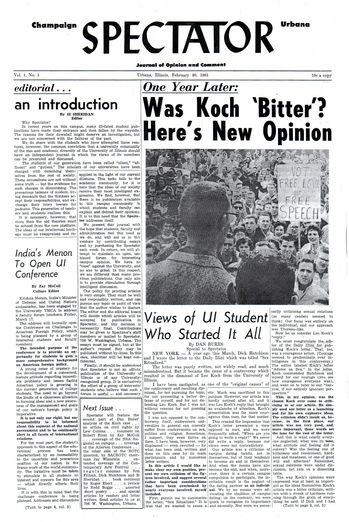 I was an eyewitness to one of the formative moments in the connection between computers and science fiction. I wrote earlier about going to a speech in Urbana given by Sir Arthur C. Clarke. He spoke about earth satellites, but the key element is: The speech was in Urbana. Years later, it was with tingles tangling on my spine that I heard HAL 9000 announce that he had been born in the computer lab at the University of Illinois in Urbana. So far as I know, Clarke had never before been to Urbana and never returned, but I assume that while he was there he visited Illiac, one of the first big computers, and its gradually-developing successors. When he was writing the "2001" screenplay, the Urbana connection made itself.

That's been my theory. It didn't hold water with Clarke, however. In March of 1997 we held a birthday party for HAL 9000 at the University, called "Cyberfest," which also considered Artificial Intelligence in general. For the climax, we screened "2001" in 70mm, and had a cybercast interview with Sir Arthur via the net from Sri Lanka. He loomed for 20 feet above us, his image and voice dominating the room via a signal carried by one of the satellites he wrote so much about. Of course I asked him about the Urbana connection but alas he did not remember giving a speech in Urbana and doubted it had much to do with the movie.

That took the wind out of my sails. So did a message from Stanley Kubrick. Since HAL clearly says in the movie that he was born in 1992, we came up with the 1997 date because that's HAL's birthday in Clarke's novel. The 1992 date had passed largely ignored, and we were determined not to miss our second chance to gather a roomful of geeks singing him "Happy Birthday."

Him? She? It? "You'll have to ask HAL," Sir Arthur said. What Kubrick said was, if we didn't have a birthday for HAL in 1992, it was too late to have one now. How did the birthday get moved five years between book and movie? Maybe Clarke could see that progress on the A.I. front was moving more slowly than he anticipated. So was progress in general. As a comment to my Clarke item on this blog noted, Clarke often said he would be aboard the first passenger shuttle to the Moon. That date has been pushed forward.

There are two heirs to Cyberfest, however. It inspired Ebertfest the following year. And the University is now the home of the National Center for Supercomputing Applications. It houses "the Cave," a room whose walls, floor and ceiling are created by virtual reality. You can float through outer space. Clarke could have walked on the Moon there. I wish he had. 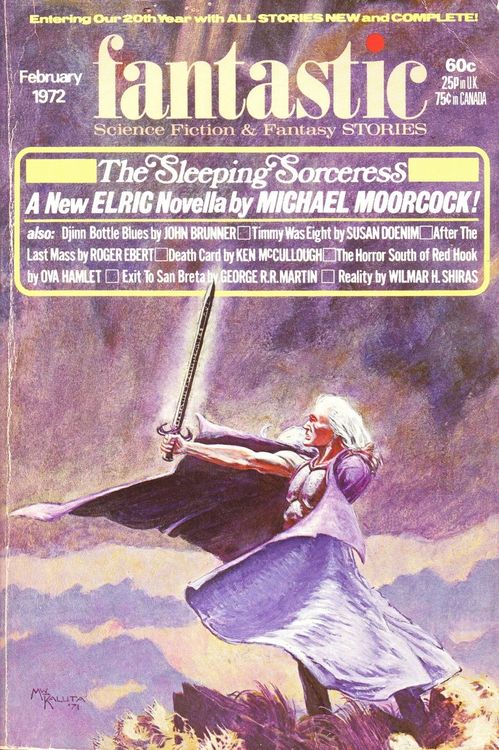