When I first saw it in 1999, Maxivision48 produced a picture four times as good as conventional film. It still does. With 3D fading and the possibilities offered by a new Red camera, its time may be here at last.

Dean Goodhill, the inventor of MV48, laid low while seeking studio backing. Now, he tells me, the time has come to go public. After reading the recent letter from Walter Murch I ran on my blog, he wrote me one of his own. -- RE

A month after the above photo and story were published, The New York Times film critic, A.O. Scott, wrote of this media event: "...the supposedly imminent obsolescence of celluloid entails nothing less than the death of a cherished and irreplaceable art form based on the alchemy of light, motion and silver nitrate. The year's symbolic moment came at a press conference trumpeting digital cinema, when executives tossed some canisters of film into a trash can, an act equiivalent to torching a Steinway to celebrate the arrival of the latest MIDI sampler."

This graph comes from the RED camera web site to illustrate how much better 5k is than the 2k images that are now common.  As you can see, 2k is not much better than 1080p.  You can see the original graph from RED here, if you like: All we did is to show the additive effect of our doubled frame rate.  The 3-D options we show would have to be driven by a real need from major filmmakers. Our primary emphasis is on MaxiVision48, not 3-D, for all the reasons that Walter Murch and you have written about. 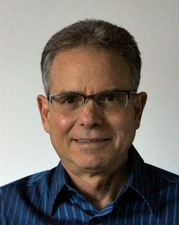