A symphony of voices

The video on this page was an undercover project, I learn, at Ebertfest 2012. Most of my Far-Flung Correspondents and Demanders were there in person, and those who couldn't be contributed their voices via audio files. The idea originated with Kevin B. Lee, who did the audiotaping and editing. It was the inspiration of Michael Mirasol to use the foreign languages of those who spoke one. 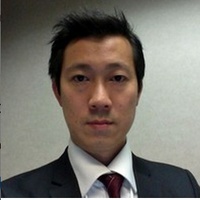 The video essay is the first in a series about critics by Kevin B. Lee, who is editor of the Press Play video essays at Indiewire.com--which he and Matt Zoller Seitz have built into the best video essay source on the web. Kevin was a special correspondent for our TV show, "Ebert Presents at the Movies." He had the idea of beginning with my list of the Greatest Films of All Time for the 1982 Sight & Sound poll. This was rather inspired, because that first list is my "purest," almost instinctive, before 30 years of tweaking and fiddling. Notice his artistry in selecting film clips to illustrate the words. He focuses on the films that have survived through all of my lists.

This video is the most remarkable compliment I could be paid, and the closest to my heart. Ever so much better than a "tribute" in which we hear words of praise, it centers on film. In a way I could not have imagined, it brings to life the original idea of the Far-Flung Correspondents, who later inspired The Demanders.

The FFCs grew out of the early days of this blog, which were a process of discovery for me. Vetting the comments, I noticed many of them were from nations all over the world. About 25% of my readers, indeed, were from outside the US. I knew there are cineastes everywhere, and that English has become a universal language, but what impressed me was that these comments were invariably elegantly written and well-informed.

In a blog entry in September 2009 titled The blogs of my blog, I wrote about how I'd started clicking on the blogs of many of the commenters, and discovering a whole world of articulate and passionate movie lovers out there. It was a direct demonstration of the interlocking nature of the internet. In that first entry, I named such bloggers as Grace Wang of Toronto, Seongyong Cho of South Korea, Michael Mirasol of the Philippines (then working in Saudi Arabia), and many others whose names still frequently appear on my site. 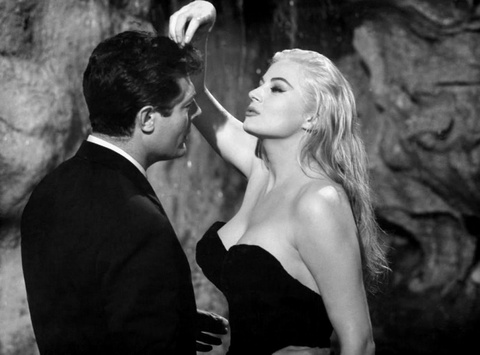 It occurred to me that their voices were not being heard in this insular country, and in December of that year I posted the first contribution from what were originally named my "Foreign Correspondents." It was by Ali Arikan of Istanbul, and was quickly followed by pieces from Wael Khairy of Cairo, Gerardo Valero of Mexico City, Omer Mozaffar of Chicago (born in Pakistan), Mirasol, Lisa Nesselson from Paris, Omar Moore of San Francisco and London, Grace Wang of Toronto and China, and Robert Tan of Taiwan.

So far there have been 208 contributions from my correspondents. Not all have been active lately; Lisa works full-time for an English-language channel in France, Omar Moore has his hands full with his own blog, "PopcornReel.com" and Robert Tan, if you're reading this--say hello! During the course of the next few years I added Pablo Villaça of Brazil; Krishna Shenoi of India; Seongyong Cho from South Korea; Michal Oleszczyk, recently voted Poland's top film critic; Scott Jordan Harris, who edits the arts blogs for Britain's Spectator magazine; Olivia Collette from Montreal; and Anath White from Los Angeles. Except for Seongyong and Anath, who couldn't be reached by Kevin in time, they all speak on the video.

It became clear that not all of these were "foreign" correspondents, because Omer, for example, was an American. We changed the name to "Far-Flung," but the goal was still the same: To collect voices from all over, united by the universal medium of film. At Ebertfest 2010 we had the first gathering of correspondents, who appeared on a panel which has become an annual event. Over the past three years, almost every one has come to Ebertfest once or more, and they've bonded as friends and conspirators. I won't even get into their Thursday night karoke sessions. 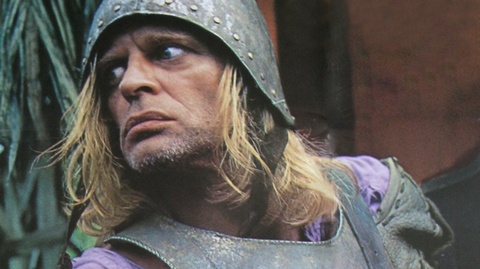 Almost exactly a year ago, we added The Demanders to my blog. This was a response to the growing numbers of people who watch movies On Demand, via such platforms as cable TV, Netflix, Hulu, Fandor, Amazon Instant, iTunes, and on and on. For the most part they try to provide advance reviews. The feature was originally written by Jeff Shannon, a film critic from Seattle, who has now been joined by Steven Boone of Warner Robins, Georgia; Odie Henderson of Clifton, NJ; Kevin Lee of Chicago; Jana J. Monji from Los Angeles; and Donald Liebenson of Chicago.

All of these people are remarkable writers and jolly good people. I get to eavesdrop as they exchange barrages of emails among themselves, often egged on by their chief instigator, Odie. One writer of particular interest is Steven Boone, who I met online when he was in New York, and already well-established online. Steven is homeless. He writes about his life in a well-known blog for CapitalNewYork.com, and on his way home from Ebertfest he stopped off in Chicago and reviewed our soup kitchens for that site. I believe his extraordinary reporter's eye will eventually lead to a book like George Orwell's Down and Out in Paris and London.

The FFCs and Demanders have provided an unforeseen opportunity for Chaz and me to make new friends, not only with the writers but some of their family members. Krishna Shenoi came to Ebertfest with his mother, Bala, and sister Susmita, and told me his mom was now more optimistic about his career choice in the film world; she wanted him to be a doctor. Krisha was only a teenager when we first came in contact, and is now an honor student at a top design college in India. Gerardo Valero brings his wonderful wife, Monica. Scott Jordan Harris came this year with both his parents. Wael Khairy brought his father and his twin, and I feel as if I know his grandfather through emails. 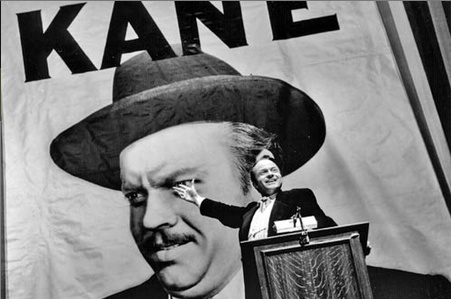 Two more voices can he heard on the video, those of the co-hosts of our PBS program"Ebert Presents at the Movies," Christy Lemire and Ignatiy Vishnevetsky, who speaks his native Russian. Christy speaks Russian, too, so who knows what those two are saying about us?

Two people are instrumental in these sections of my site. Marie Haws of Vancouver edits the Ebert Club Newsletter, and also does the page designs for the FFCs. Jim Emerson, editor of rogerebert.com, is the editor of The Demanders and designs their pages.

When Kevin Lee sent me this video essay, I wrote him:

What can I say? You have given me the gift of a lifetime, and it is done by you--by all of you--with such love and care. The editing and shot choices evoke each film so fully. The Nino Rota music is perfect ("I remember"). The black surround makes the video stand out so sharply.

And the voices! That's what I wanted to do when I started the Far-Flung Correspondents. I knew they were out there, but the U.S. was too insular to listen. At first the FFC pieces were supposed to be videos, with a little supporting text, but that turned out to be a hassle. Now they're prose. But your video honors the original spirit. All those voices. An international chorus to the love of film.

In your conception and artistry, I think this is the most remarkable video essay I have ever seen. And I say that seriously, not because of its subject, but because of my admiration.

Kevin is the opening narrator. In order of appearance, here is a list of the voices you will hear, and their languages;

Here are videos of the panel discussions at Ebertfest 2012 by the FFCs and The Demanders:

The Far-Flung Correspondents at Ebertfest 2012. They review films of their choice on my website. For their top page, click here. Moderated by Omer Mozaffar from Chicago, born in Pakistan. The panelists, in order of introduction, are Grace Wang from China and Canada, Gerardo Valero from Mexico, Krishna Shenoi from India, Wael Khairy from Egypt, Pablo Villaça from Brazil, Scott Jordan Harris from Great Britain, and Michal Oleszczyk from Poland. A shout-out to Michael Mirasol, from the Philippines and Australia, Seongyong Cho from South Korea, and Ali Arikan from Turkey.

The Demanders at Ebertfest. They review movies and video On Demand for my website. For their top page, click here. Featured are moderator Jim Emerson, editor of rogerebert.com; Odie Henderson; Jana J. Monji, and Steven Boone. Also these non-Demanders: Nell Minow of moviemom,com; Steve Prokopy of Ain't It Cool News; Dan Aronson of Fandor.com, David Poland of MovieCity News.com and David Bordwell of davidbordwell.net. A shout out to three who could't attend, Jeff Shannon and Anath White, and Don Liebenson, who arrived that afternoon.