Anthony Keller (Taylor John Smith) is a very hot New York City high-school basketball player. An ace scorer who makes three-pointers look effortless. Not a height monster; doesn’t need to be. Only problem is that Anthony’s a bit tender-hearted. This movie opens with him and some pals looking at the legendary players of the basketball courts on Sixth Avenue and West 4th Street; they can’t do the kind of cutthroat stuff of street basketball. A coach at Cornell, where Anthony hopes to get a scholarship, asks him straight out how much Anthony “wants” “it,” as they say.

Did I say “only problem?” It’s not the only problem. Another problem is Anthony’s dad, a professor and (we come to presume) failed novelist who’s also a compulsive (some would indeed say “degenerate”) gambler … and an alcoholic to boot. Lee Keller (Michael Shannon) can be a source of good advice for his son—the tip he gives him on how to handle an opponent who’s crowding him on defense proves very useful, not least because it’s ruthless in a way that Anthony himself would never be on his own—but he’s also a welter of resentment, and seeing his kid succeed where he himself failed feeds that resentment.

So when Anthony’s high-school team makes the finals of their division, you can see the dilemma that going to emerge. And sure enough, it does. “Wolves,” written and directed by Bart Freundlich, trucks in a good number of very familiar situations—Anthony has love troubles, too, imagine—but because his movie is steeped in so much convincing detail, and is so well-acted, it winds up being at the very least consistently watchable and at the very best effective enough you forget the commonplaces.

Michael Shannon’s handling of Lee is, naturally, outstanding. He’s a writing teacher, and in the opening scenes, Freundlich gets a bit too clever showing scenes of Lee waxing pedagogic on storytelling. But because Shannon so completely inhabits the erudite but tightly wound interiority of the character, it’s not too glaring. There’s an almost uncomfortable close-knit intimacy in the scenes of Anthony’s home life; Lee, mom Jenny (Carla Gugino) and Anthony share a small apartment, eat in a dimly lit area off the kitchen, and because there’s still a strong sexual attraction between mom and dad, and because Anthony himself is trying to keep his new-found sex life active, the domestic dynamic has an unusual awkwardness. It works because, among other things, the Keller house is nevertheless full of secrets, the biggest one having to do with just how much in debt Lee is to a gaggle of local bookies who operate out of the bar where Lee drinks himself stupid and makes side bets on televised sports.

Gugino is very strong in a role that’s far less prominent than Shannon’s, and Taylor John Smith, a young performer who’s been acting since 2012, is convincing in all the dimensions he has to satisfy. He does good by his decent but often confused character, and also by the physical demands of the role. The movie gets basketball, and it depicts both the raucous Washington Square version of the game and the often overeager exertions of high school athletes with equal care and affection and accuracy.

As things go south in Anthony’s home, and complications in his relationship with girlfriend Victoria (Zazie Beetz) emerge, he seeks guidance from one of the street players, who goes by the name Socrates (John Douglas Thompson). This is Anthony’s one good idea in terms of coping. Tensions between him and his dad worsen, and he begins acting out destructively, and Smith is particularly good at conveying Anthony’s befuddlement—he knows he isn’t like this, so why is he behaving as if he is? Director Freundlich clearly likes to dig in deep with this kind of character material, and here it pays off in ways it really hasn’t in some of his previous feature work (which includes “Trust the Man” and “The Rebound”).

All of the forces pushing and pulling at Anthony converge, conveniently enough, at the final game of the finals. The climax is, to tell the truth, as ridiculous as it is suspenseful. But it also kind of works, particularly because of the very dire nature of Anthony’s final decision, which one might only apprehend fully after the credits have rolled. 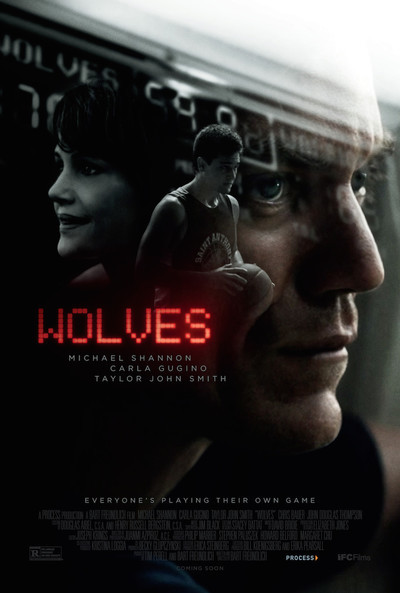