"Wish Upon" is another one of those movies that would be memorable if it were a lot better or a lot worse. Joey King ("Oz the Great and Powerful") stars as Claire Shannon, a teenage girl whose mother killed herself years earlier. Claire grew up into an unhappy teenager who feels like a pariah and gets bullied. She's also humiliated that her father, Jonathan (Ryan Phillippe), dumpster-dives all over town, even across the street from her school. Then her dad finds a mysterious box inscribed with Chinese characters. It's a wishing box that gives its owner seven wishes. The downside is, every time a wish comes true, somebody dies. And we're off!

That sounds like a decent setup for a schlock horror flick, but it's hard to tell what director John R. Leonetti ("Mortal Kombat: Annihilation") and writer Barbara Marshall saw in this story. The screenplay made The Black List, an annual film industry survey of the "most liked" unproduced screenplays. But it's tough to discern from the evidence onscreen that anybody could see something remarkable in this material, besides the possibility of making money from people who thought they'd be getting a great or even good horror film, as opposed to one of those here-and-gone time-wasters that I used to watch at the dollar theater when I was a kid. The best thing you can say about it is that the acting is alright, there are a few decently executed moments of nastiness, the whole thing is in focus and you can understand what's being said.

There's not much internal logic to the way the script sets up Claire. She's made out to be a pariah, but she has two spirited, funny, attractive friends (Sydney Park and Shannon Purser, aka Barb on "Stranger Things"), and when she's bullied, she stands up for herself immediately. The characters speak in outdated '80s and '90s slang ("Bitchin'!" "No way." "Yes, way"), and they are often played by actors who seem too old, or at least too self-possessed, to be teenagers. The conception of all the young characters feels like an older screenwriter's idea of what it means to be young and American at this point in history. This all matters because originality and specificity would've set the story apart and made it seem special.

The story is steeped in Orientalist cliches that are also very '80s. The box exudes The Ominous Mystery of the Far East, and Claire has a crush on a Chinese American classmate named Ryan Hui (Ki Long Hee of "The Maze Runner"), who takes the box to his cousin Gina (Alice Lee), who translates the characters in exchange for an order of won tons. The script thinks that if it makes the Asian characters cool, and includes a couple of lines shading Claire for stereotyping Chinese people, it won't seem like it's wallowing in the same cultural cliches that drive older horror and fantasy films. This is also the kind of movie where one of the heroine's friends chastises her late in the story for wasting her seven wishes on popularity and personal riches when she could be using the box to solve world hunger; this comment plays like a preemptive strike against criticism, and only serves to remind us that the movie can't or won't explore its central idea in anything but a perfunctory way. Nor is "Wish Upon" willing to crank up the outrageousness and really go for it—a scenario that might've at least secured a spot in the Midnight Movie Hall of Fame.

"Wish Upon" livens up whenever the box extracts its blood price, but only a little. Nobody ever dies in an unremarkable way, only through chain reaction slapstick mishaps that involve garbage disposals, chainsaws, deadly bathtub spigots and the like. Even routine car accidents are staged to make the impact seem at once tragic and silly. But the kills aren't enough to distinguish the film, much less save it. The violent scenes might play as outrageous, in midnight movie fashion, if the direction were capable of putting an intention, any intention, across. Instead, the bloodletting plays as leaden and self-important, as if we're supposed to be deeply horrified by what the film shows us and come away thinking about it. I laughed at it, not because it's disturbing or deliberately hilarious, but because the movie seems blissfully unaware of what it wants to do, or could do. (If you like this kind of thing, the "Final Destination" series does it better.)

The movie is almost worth seeing for the scenes where the heroine's dad reconnects with his love of the saxophone and blats out obviously prerecorded instrumental stylings that sound like smooth jazz in the vein of Kenny G. Here, at long last, is the bone-chilling horror you were waiting for. 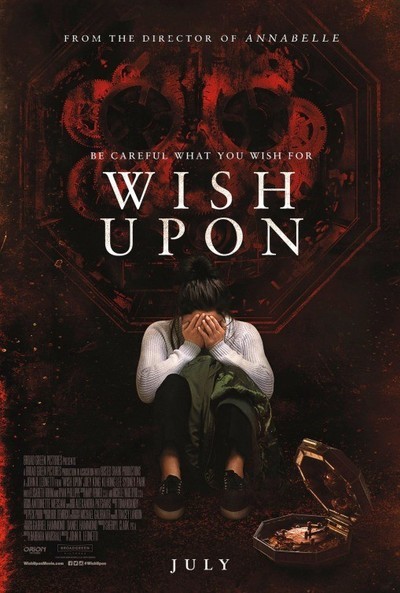