There’s a strong argument to be made that the toxic right-wing figures profiled in this documentary are not worthy of such screen-time. Not just because other recent documentaries have detailed their lives and ideologies, but because what they preach, and what they represent, needs as few platforms as possible. Nor is the idea of intellectualizing these people going to be “interesting” to many who are directly threatened by open talk about a white ethnostate, or the branding of immigration as an "invasion." That’s the kind of headache you get with this first documentary from The Atlantic, which goes by the name "White Noise" but nonetheless lets its racist grifters be heard.

“White Noise” is a documentary that hopes the viewer has the same curiosities that the filmmakers did, in following these lives for the sake of seeing what's next. The beginning is a "how-did-they-get-that" moment—a Halloween party, with alt-right figures dressed in costumes different from the ones they wear for their noxious line of work. But the film is not so much about interrogating the alt-right as it is humanizing them through observation, and following them from Trump’s emboldening victory in 2016 to the end of 2019, in which they all seem to be worn down from living a life of hate. One ideology’s virulent demagogue is the opposite ideology’s middling documentary subject.

Debut director Daniel Lombroso doesn’t have a style so much as an approach, in that he seeks to capture these people in the candid moments in between inflammatory public appearances. It’s common for “White Noise” to show them making some speech that comes with equal scrutiny and security detail, and leaving in an Uber, decompressing to the camera. Throughout, the documentary shows only some cracks in their performative nature, the moments in which someone really questioning them leaves them shaken. It becomes clear that these alt-right figureheads are emboldened by social media attention, and wouldn’t exist without an audience.

What this documentary does not present is a sense of why the message takes hold, or the history that has enabled in it. In its close following of the messengers in the present, there’s only a fractured idea of the movement, and a bigger picture that is more important than just these three leaders. The idea of alt-right culture in a larger sense only comes from cameos—the non-FOX networks that host them (like OAN, The Blaze), the gobsmacked fans they meet in person, the brief and disturbing footage of white young men in white clothes walking to white vans.

As “White Noise” tends to lag, it becomes haunted by the James Baldwin quote it presents at the beginning: “I imagine one of the reasons people cling to their hates so stubbornly is because they sense, once hate is gone, they will be forced to deal with pain.” Though that stance is right on the money when it comes to hatred, Lombroso does not deal with such an emotional state until the last 15 minutes or so. Even then, as everyone seems to have run out of hate to sell, "White Noise" says little about its movement except showing that to stay grifting, you have to adapt.

The documentary does provide a strong sense of the domino effect in such ideology, in that it clearly connects mass shootings from around the world to the tweets fired out by those who are front and center here. But when it comes the filmmakers asking these people if they take any responsibility for their rhetoric, the figures back away. Of course they don’t, and such frustrating toothlessness becomes endemic of the project overall. Accountability is not in the script for the characters they've made, and in the few instances in “White Noise” looks to press back against the people who have given them so much access, it also gives them an easy way out.

Oh, and the movie is about misogynist pill salesman Mike Cernovich, xenophobic vlogger Lauren Southern, and white supremacist Richard Spencer. In the scope of America’s growth, may their legacies be a mere footnote. 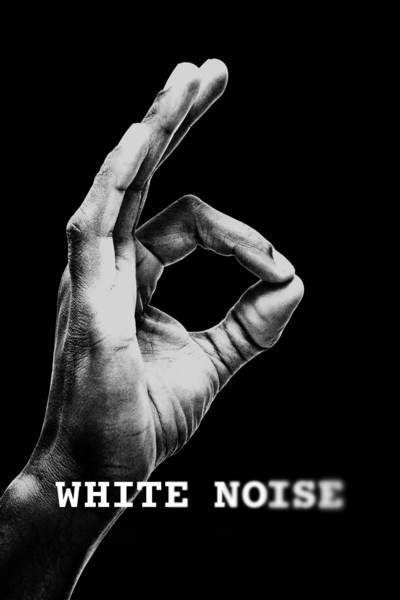